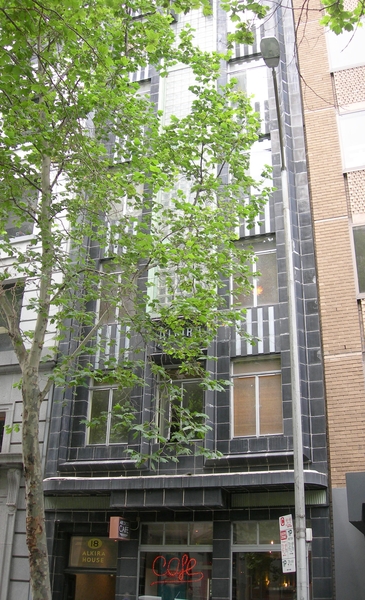 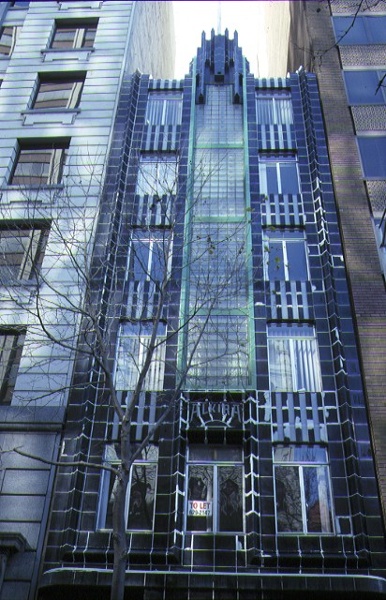 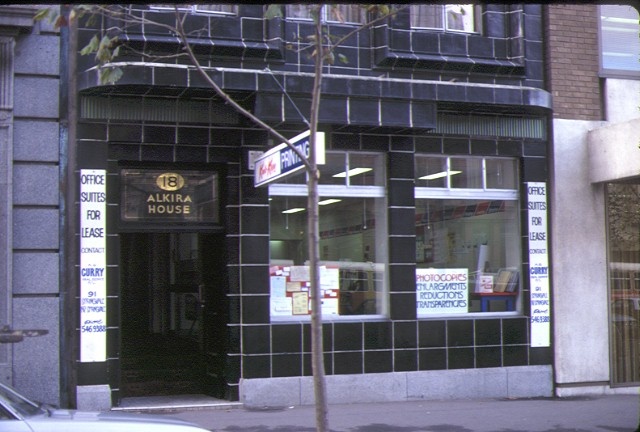 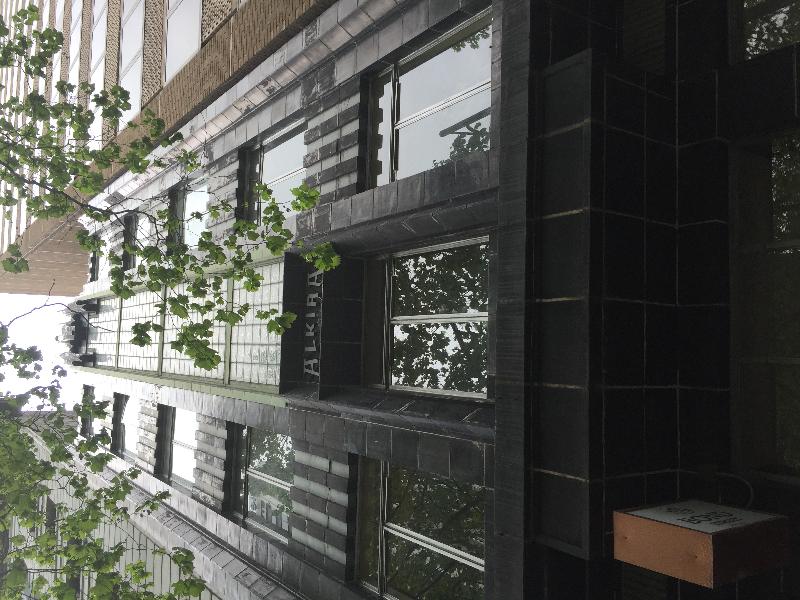 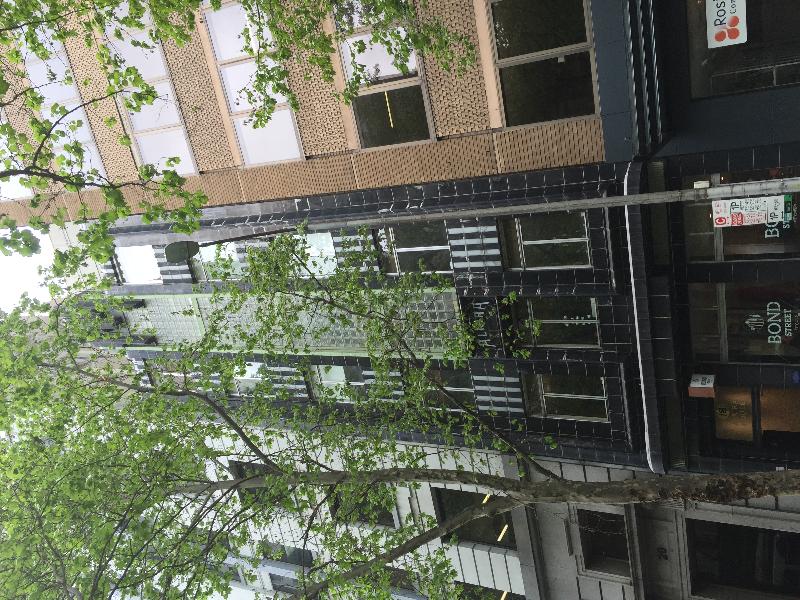 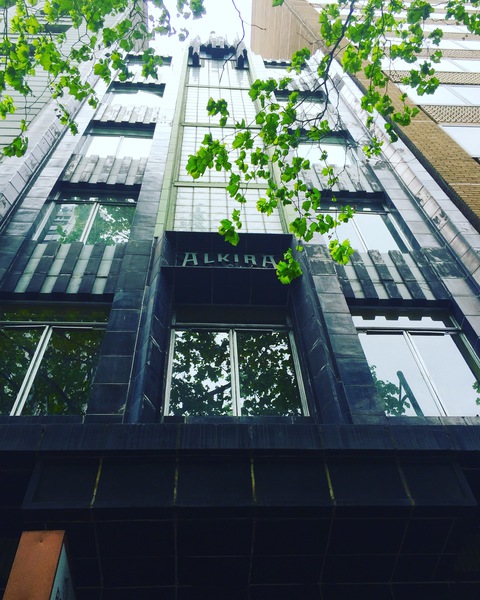 Alkira House, a six storey, reinforced concrete office building, was erected in 1937 as an investment by Harold and Annie Cohen. JH Wardrop was the architect and Swanson Bros the builders. The facade, composed of strong vertical panels and shafts, is expressed by contrasting grey, green and black terra cotta faience tiles with a central continuous panel of glass blocks surmounted by a cleverly contrived waterfall tower.

Alkira House is of architectural significance to the State of Victoria.

Alkira House is of architectural significance as an exceptional example of the vertical Jazz Moderne style in Victoria, a style considered to be extremely avant-garde and rarely adopted for building in this State between the wars. The facade reflects modern office building philosophy then developing in Europe, especially the Dutch and German experiments in glass, vitrolite and terracotta of the 1920s and 1930s. Alkira House was in sharp contrast to the revivalist nature of architecture in Melbourne in the 1930s, and while it has some similarities to the Manchester Unity and Myer buildings, it is considerably more flamboyant.

Alkira House is of architectural significance as a distinguished and innovative work of JH Wardrop, who was a principal of the firm that designed the Shrine of Remembrance.