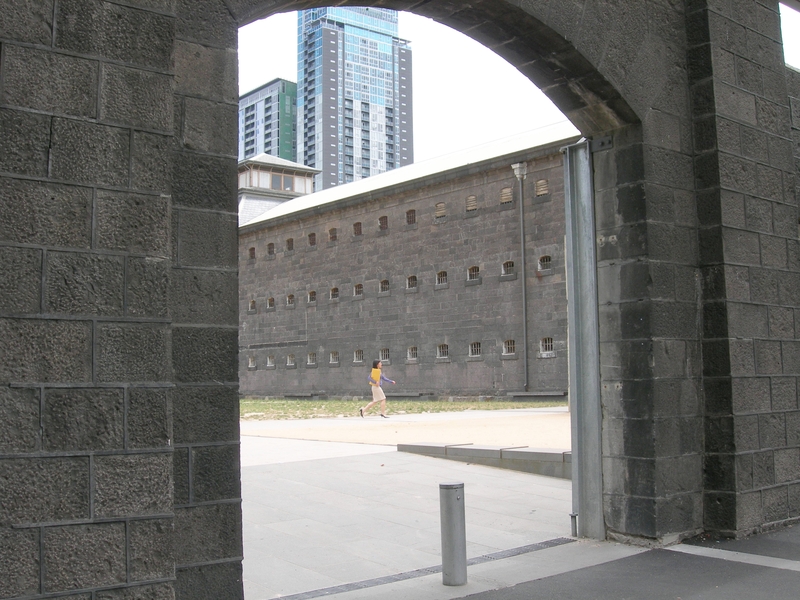 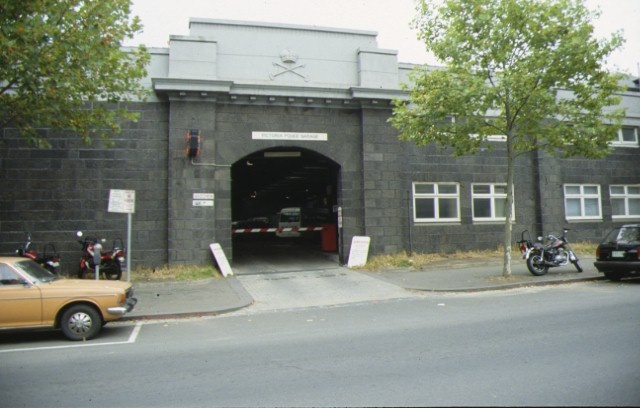 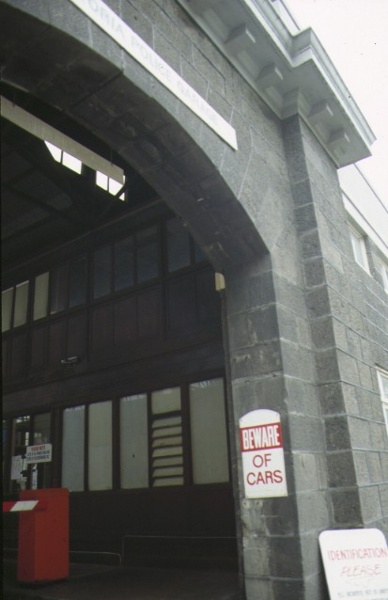 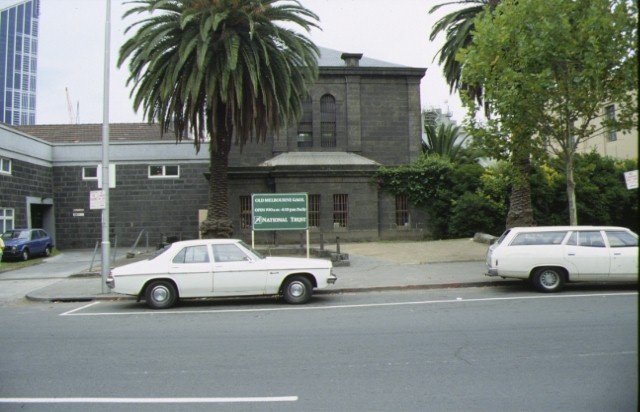 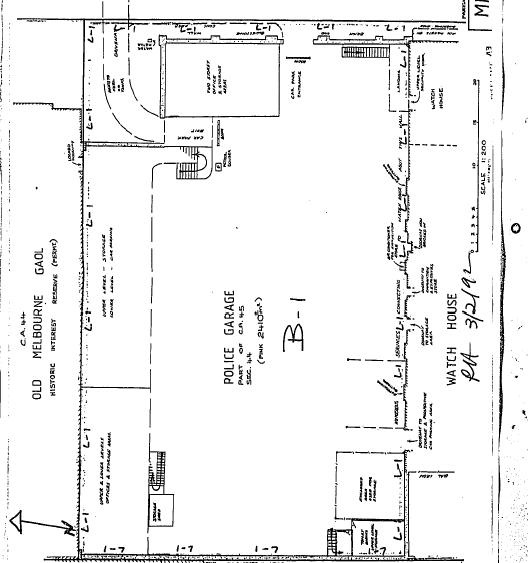 What is significant?
The former Police Garage in Russell Street was developed on the site of the Old Melbourne Gaol hospital from 1925. Temporary structures were erected on the area to the south of the surviving cell block and to the north of City Watch House. In 1937 all structures, excluding the existing bluestone gaol walls but including the surviving hospital, were demolished and a new structure was erected to designs signed off by Public Works Department chief architect Percy Everett. The garage was formed by the south wall of the surviving 1857 gaol block, the north wall of the 1908 City Watch House and by the bluestone walls, circa 1864, formerly surrounding the hospital to the east and west. A concrete slab floor carries steel columns supporting a sawtooth roof of corrugated cement sheets and tiles. Parapets added in 1937 hide the roof from street level. The area of the old gaol hospital was the one of the sites for the burial of executed prisoners. Several bodies were dug up during the 1937 building work and were transferred to Pentridge Prison.

How is it significant?
The former Police Garage is of historical, architectural and archaeological significance to the State of Victoria.

Why is it significant?
The former Police Garage is historically significant as evidence of the important role the police played in the continuing development of the area as a legal precinct. The juxtaposition of the garage to the former Russell Street Police Headquarters and the City Watch House provides a historical continuum of the development of the police force in Victoria. The garage is additionally significant for demonstrating the modernisation and motorisation of the police force in Victoria.

The former Police Garage is architecturally significant for its integration into the surviving fabric of the Old Melbourne Gaol complex. The walls are evidence of three different periods of the complex's construction. The architecture is significant for the integration of a modern 1930s lightweight sawtooth roof into the existing historic bluestone fabric.

The former Police Garage is archaeologically significant as a site that has the potential to reveal evidence of the original gaol hospital built in the early 1860s. It has additional archaeological significance as the burial site of prisoners executed at the gaol.