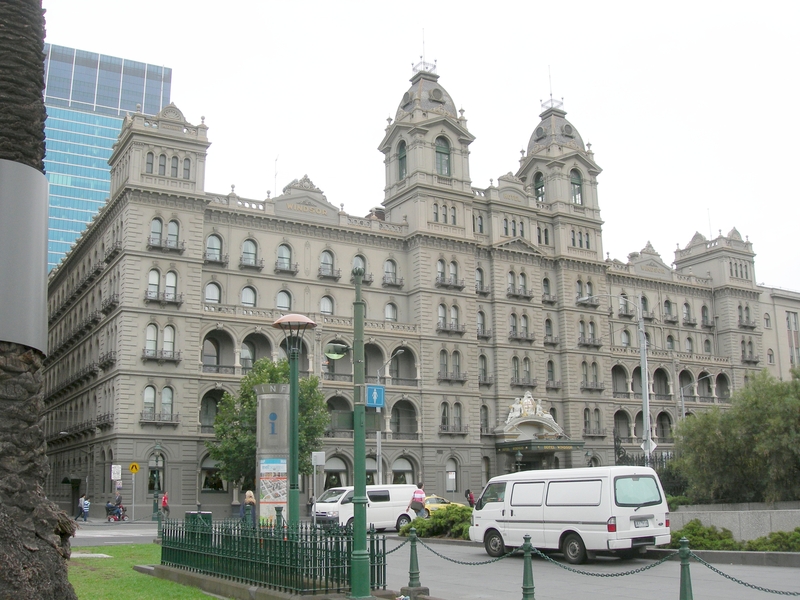 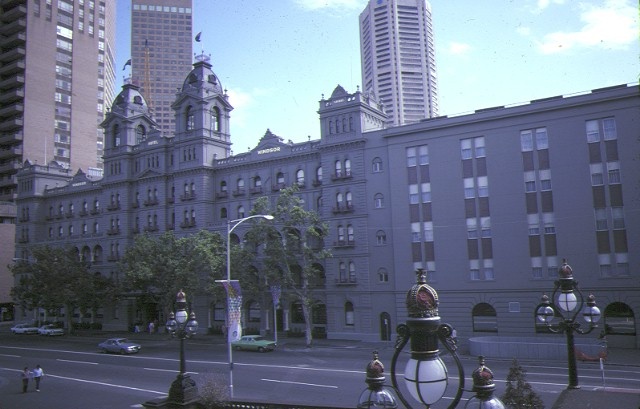 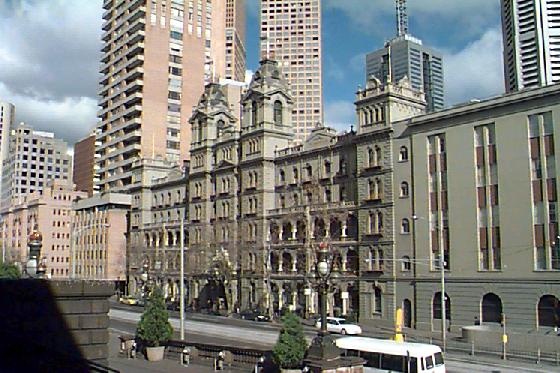 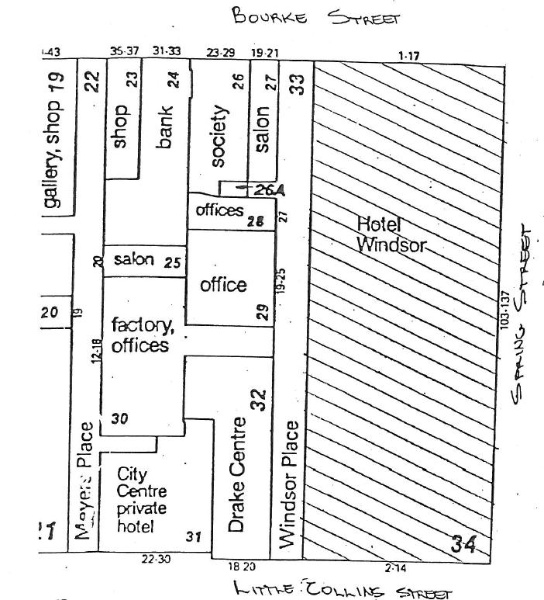 What is significant?
Construction of the Hotel Windsor commenced in 1883 for George Nipper of the shipping firm Nipper and See. Designed by Charles Webb and built by Thomas Cockram and Company, it was originally known as the Grand Hotel. The building was extended and became known as the Grand Coffee Palace in time to accommodate visitors to the Centenary Exhibition of 1888. It was re-named the Windsor Hotel in 1920.

The Grand Coffee Palace Company Limited, headed by James Munro and James Balfour, was formed to purchase the Grand Hotel and convert it into a temperance hotel in 1886. Renamed the Grand Coffee Palace, liquor was banned from the premises and the hotel became the flagship of the temperance movement. James Munro, Premier of Victoria in 1890, and James Balfour, who entered parliament in 1866, were both well known leaders in the temperance movement in Victoria.

The original section of the hotel was built on the corner of Spring and Little Collins Streets in a Renaissance Revival style. The main Spring Street facade was symmetrical, with a five-storey central section containing three arcaded lower levels, flanked by six-storey corner towers. In 1887-88 the building was extended to the north along Spring Street, by the same architect, Charles Webb. A symmetrical facade was again achieved with the duplication of the existing facade and the addition of a central entrance bay. Mansard roofs were added to the central towers flanking the entrance, providing a French Renaissance character, and a stone sculpture was installed above a segmental pediment of the main entrance. Attributed to John Simpson Mackennal, who also worked on the interior and exterior decoration of Parliament House, the sculpture of 'Peace and Plenty' incorporates two reclining figures and a central shield containing the English and Australian Coat of Arms.

In 1897 an application was made to remove the prohibition of alcohol and change the name back to the Grand Hotel. In 1920 a new company, Melbourne Hotels Limited, was formed with the chairman, Sir John Monash. This company purchased the Grand Hotel and the adjoining Old White Hart Hotel to the north, which became an annexe to the Grand. Sydney architects Robertson and Marks, in conjunction with Henry H Kemp of Melbourne, undertook major refurbishments to both buildings, and the whole complex was renamed the Windsor Hotel.

Further alterations were made to the buildings in the 1940s and 1950s, and in 1961 the Old White Hart Hotel annexe was demolished and replaced with a new annexe building designed by Harry A. Norris.

The Hotel Windsor was bought by the Victorian Government in 1976 due to the threat of demolition and has been in private ownership since 1990.

The Hotel Windsor is of architectural significance as one of the finest, although unusual, examples of Charles Webb's work. Over more than thirty years in practice, Webb produced a substantial number of important buildings, focussing on ecclesiastical, institutional and domestic work. The Windsor Hotel is the largest of his relatively few commercial commissions.

The Hotel Windsor is of historical significance for its association with the temperance movement in Victoria, in particular with the well known leaders, James Munro and James Balfour. The conversion of the building to a coffee palace in the late 1880s reflects the strong values held by the movement, and the opulence of the building illustrates the mores of society at the time, with the combination of lavish speculation and a display of temperance.