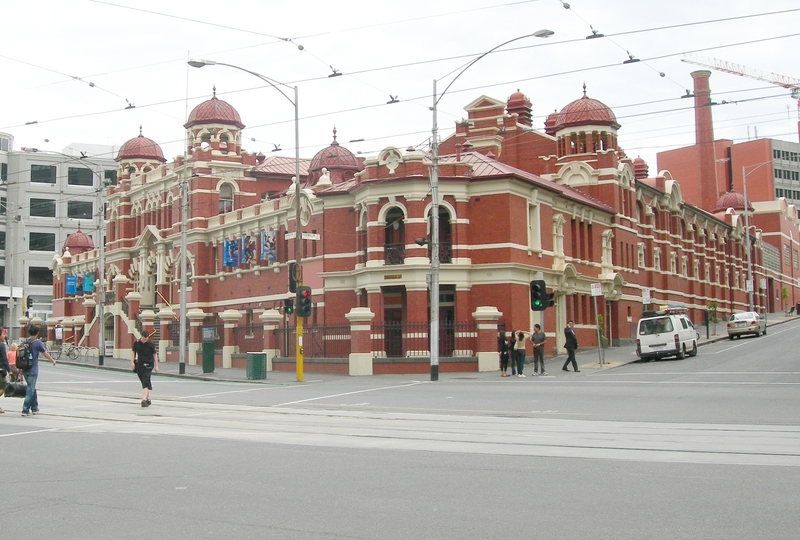 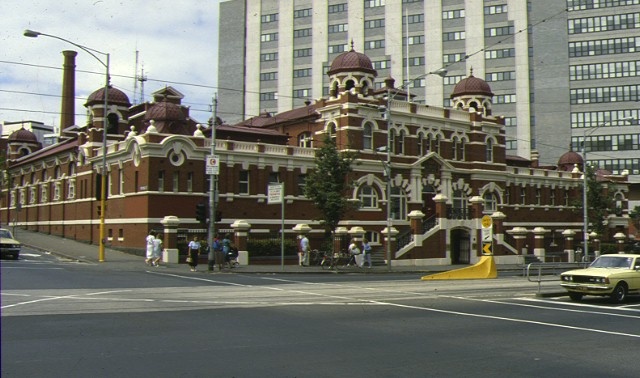 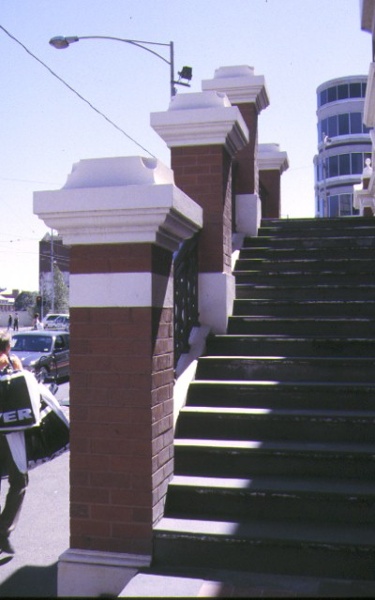 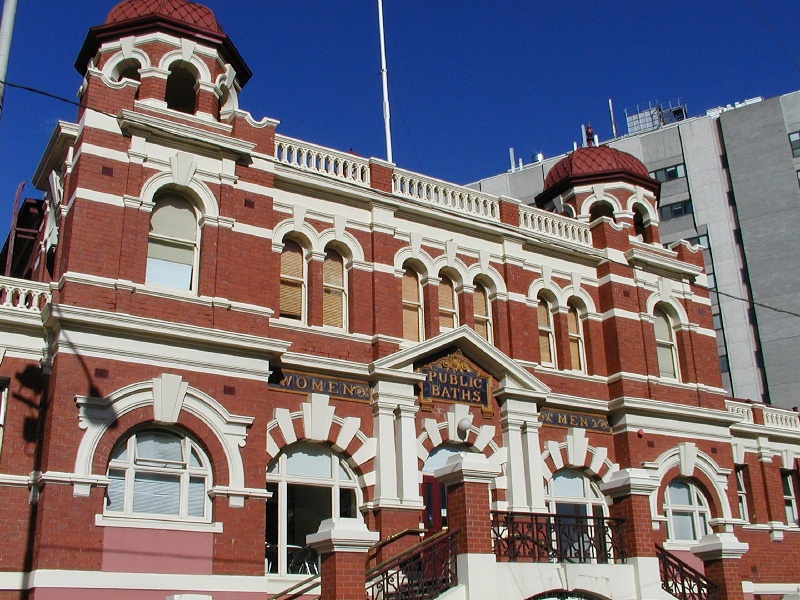 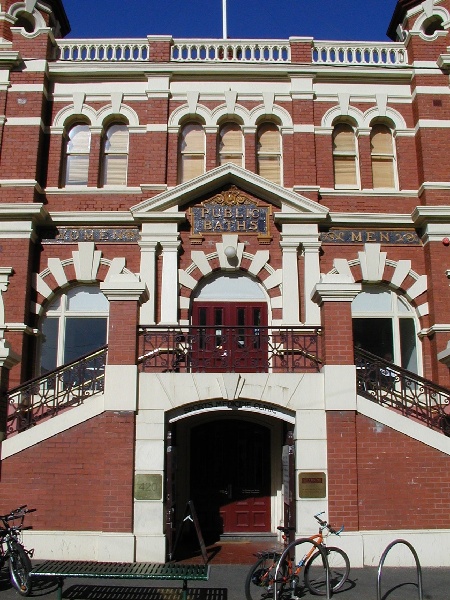 What is significant?
The City Baths were built by Swanson Brothers builders in 1903-4 to competition winning designs by the architect J. J. Clark and his son, E. J. Clark. Constructed on an unusual triangular site, the building provided the city with segregated bathing facilities for men and women.

Municipal baths were a common and necessary feature of daily life in early Melbourne when many houses had little provision for private bathing facilities. The present site was reserved for public baths in 1850 and a structure for bathing purposes was opened in 1860. The current building was completed in 1904 with two large swimming baths and associated changing facilities, as well as slipper baths, spray baths, Jewish Mikva baths and Turkish Baths. The symmetrical front facade clearly indicates the division of men's and women's facilities on either side of the entry bay.

The City Baths were very popular throughout the early twentieth century, however by the 1940s the facility had fallen into disrepair. Degradation continued after the Olympic Games in 1956 as the construction of suburban pools reduced patronage at the City Baths. Despite attempts to close and demolish the building in the 1970s, the City Baths were retained and underwent restoration and alteration work from 1981-83, including the addition of spas, saunas, squash courts and a gymnasium.

The front entrance stairs and fence were reconstructed in the 1981-83 works. Of similar configuration, the original stairs did not contain an entrance at street level. A fence of masonry and ironwork has replaced the original masonry fence along Swanston Street.

How is it significant?
The City Baths, Melbourne are of architectural and historical significance to the State of Victoria.

Why is it significant?
The City Baths, Melbourne are of architectural significance as one of the most distinctive Edwardian Baroque buildings in Melbourne and as an important work of the noted Victorian architect, J. J. Clark. Working for the Public Works Department, Clark was a prolific designer of nineteenth century public buildings, and was responsible for such important buildings as the Treasury (1858, VHR H1526) and the Royal Mint (1869-72, VHR H0770).