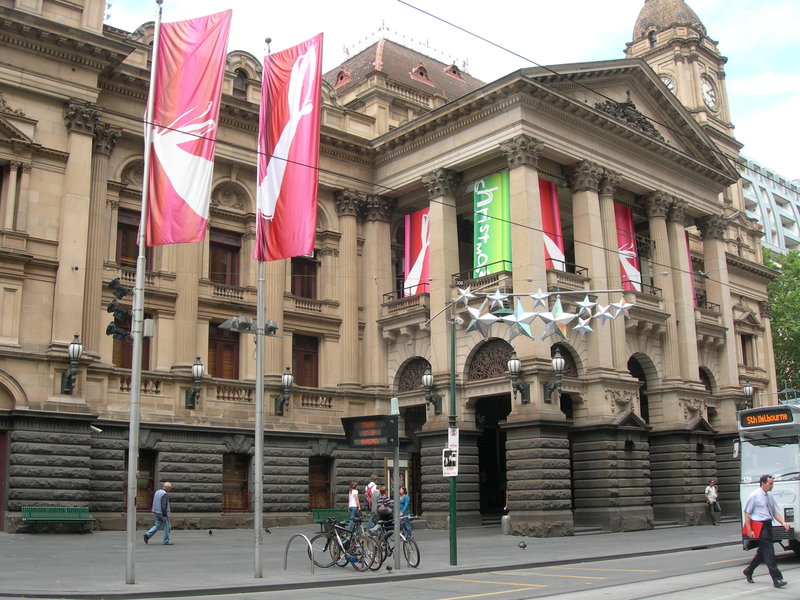 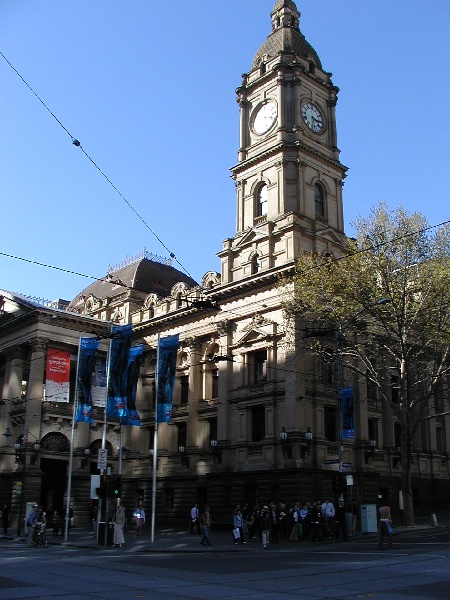 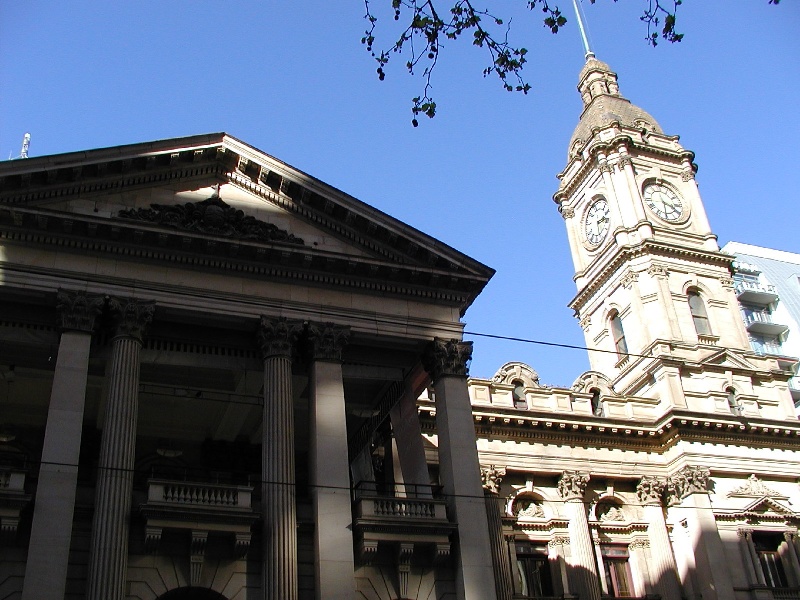 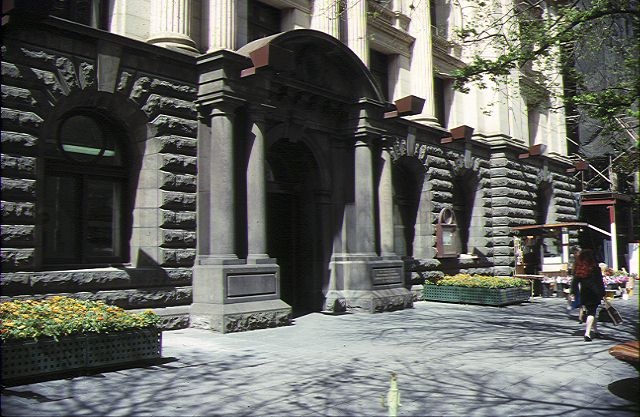 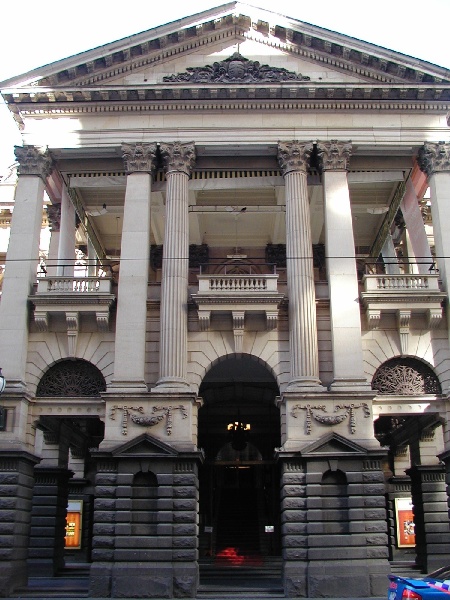 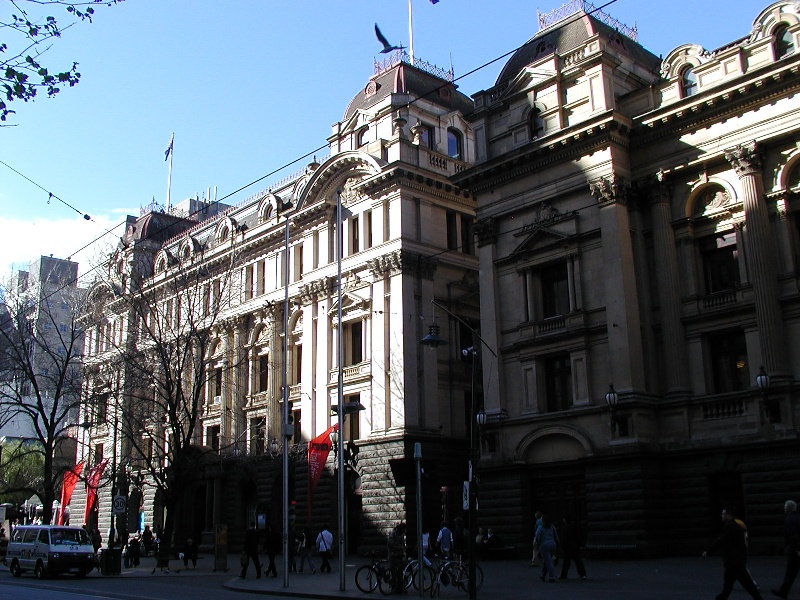 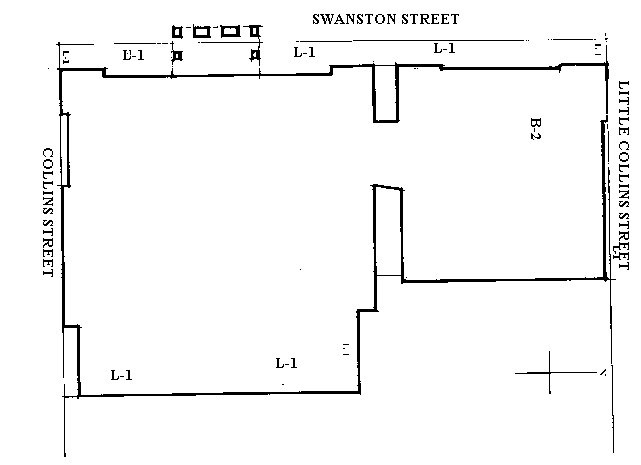 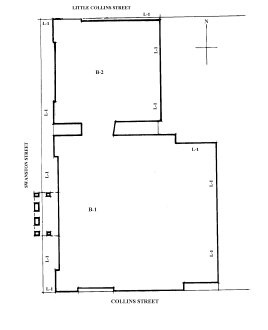 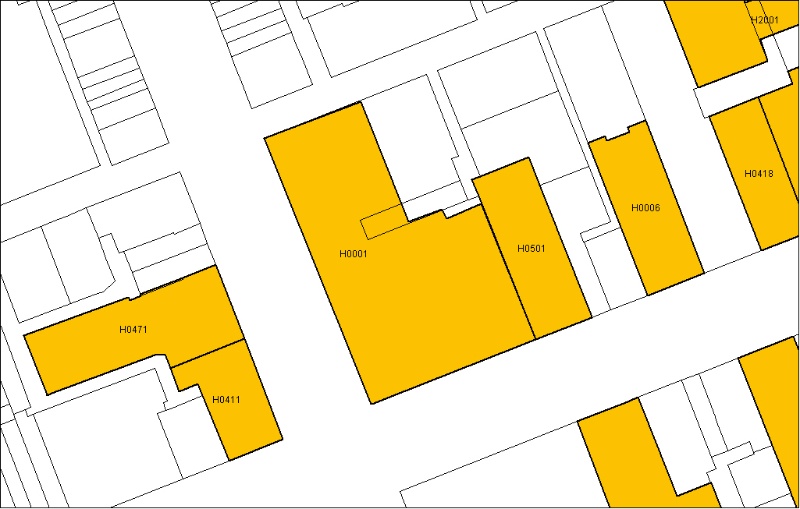 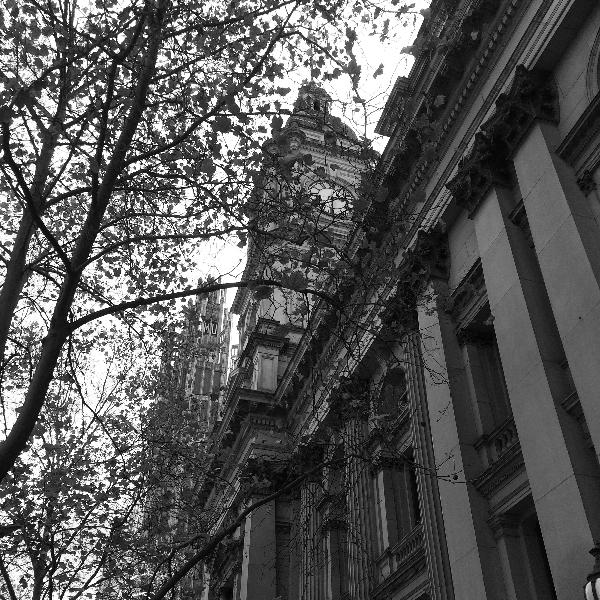 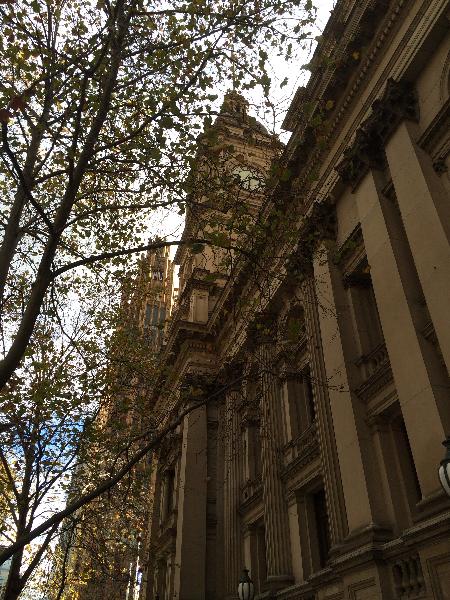 What is significant?
Construction of the existing Melbourne Town Hall began in 1867 on the site of the first Town Hall at the corner of Swanston and Collins Streets. Architects Reed and Barnes won a competition for the design of the new Town Hall, and the firm was responsible for the portico which was added to the Swanston Street facade in 1887. An Administration Building was constructed to the north of the town hall in Swanston Street in 1908, and various alterations were made after a fire in 1925.

Reserved by the government in 1837, the site at the corner of Swanston and Collins Streets was issued as a Crown Grant to the Corporation of Melbourne in June 1849 as a site for a town hall. Designed by the City Surveyor, James Blackburn, the first Town Hall was subsequently completed c 1854. By the early 1860s it was already of insufficient size and the foundation stone of its successor was laid by the Duke of Edinburgh in 1867.

The new Town Hall included a public hall, administrative offices, Lord Mayor's rooms and council chambers. Built in a French Renaissance style with slate mansard roofs, this freestone building consists of a rusticated bluestone plinth, a two storey section of giant order Corinthian columns and pilasters, an attic storey and a corner clock tower. The main Swanston Street facade is divided into five parts, with a central and two end pavilions. The central portico, added to this facade some twenty years after the initial construction to provide a grand entrance and balcony, is of a pedimented, temple form, with materials and details used to match the existing building.

From the mid-1880s to the late 1890s, the Town Hall was the venue for several important meetings on the question of Federation. These meetings marked significant advances in the progress of the Federation movement and were attended by many prominent individuals who were intimately involved in the issue. Among the critically important meetings held at the Town Hall were the January 1890 Australian Natives' Association Inter-Colonial Conference on Federation, the series of meetings in mid-1894 to found the Australasian Federation League of Victoria, the public meeting attended by three colonial premiers in January 1895, and the large public meeting of May 1898 that marked the climax of the pro-Federation campaign in Victoria for the first Federation referendum.

In 1888 the Melbourne Council bought the adjacent Police Court building from the government, therefore securing a site for future offices. In 1908 a building was erected on this site to accommodate the administrative staff, including the office of the Town Clerk, and also incorporated committee rooms and a new council chamber. The exterior was designed by J. J. and E. J. Clark, emulating much of the detail of the adjacent building, and the interior was completed by Grainger, Little and Barlow. The council chamber has been the meeting place of the City Council since 1910 and its design displays a post-Federation pride in Australian materials.

A fire in 1925 effected the first changes made to the Town Hall building. The main hall, together with the organ, was destroyed and as a result a new hall, designed by Stephenson and Meldrum, was built. By extending to the adjacent site in Collins Street, a larger hall was constructed and the existing Collins Street facade was extended. An additional, lower hall was also created, a new organ was built by British firm, Hill, Norman and Beard and decorative murals, featuring larger than life size figures, were installed in the main hall, to designs by Napier Waller, in conjunction with J. Oliver and Sons.

How is it significant?
The Melbourne Town Hall and Administration Building is of architectural, historical, scientific (technical) and aesthetic significance to the State of Victoria.

Why is it significant?
The Melbourne Town Hall is of architectural significance as a distinguished and important work by the prominent Melbourne architects Reed and Barnes, who designed a number of significant Melbourne buildings. It is also important as a prototype for numerous suburban town halls that were built in the late 1870s and 1880s. The Administration Building is of architectural significance for its functional and stylistic relationship to the Town Hall, which results in a coherent civic centre.

The Melbourne Town Hall is of historical significance as the civic centre of Melbourne since 1867 and for its association with the Federation movement in Victoria.

The Melbourne Town Hall is of scientific (technical) significance for its organ which is an intact, large and rare example of 1920s British organ-building craftsmanship. As the second largest organ built in the British tradition between World War I and 2, it is now the third largest organ in Australia, those at the Sydney Town Hall and the Sydney Opera House being larger. Few organs of this size are intact from this period, particularly of a secular/concert hall design. As part of the 1925 rebuilding, the intact case, grilles, pipework and console of the organ are architecturally integral to the main hall.

The Melbourne Town Hall is of aesthetic significance for the murals by Napier Waller, which provide an example of this important artist's work.