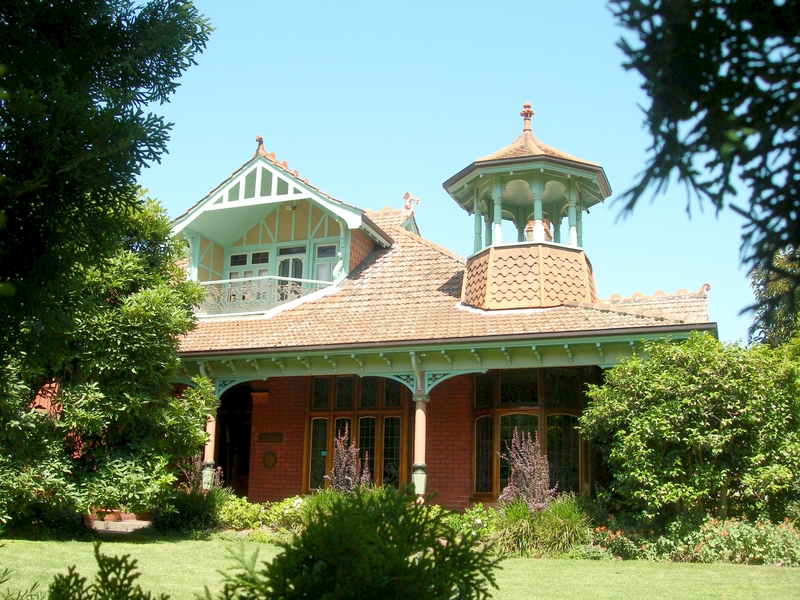 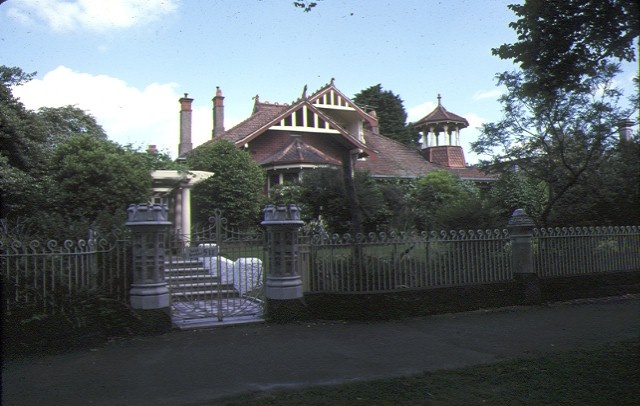 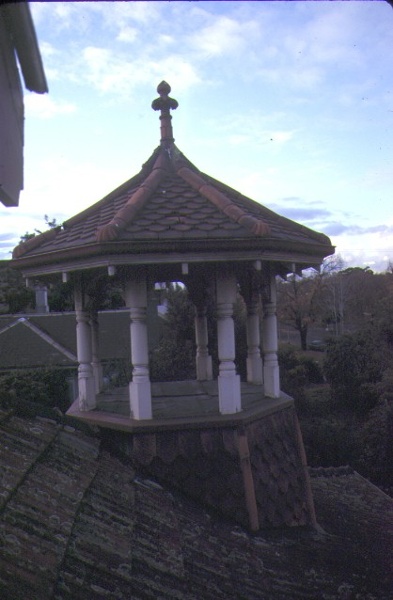 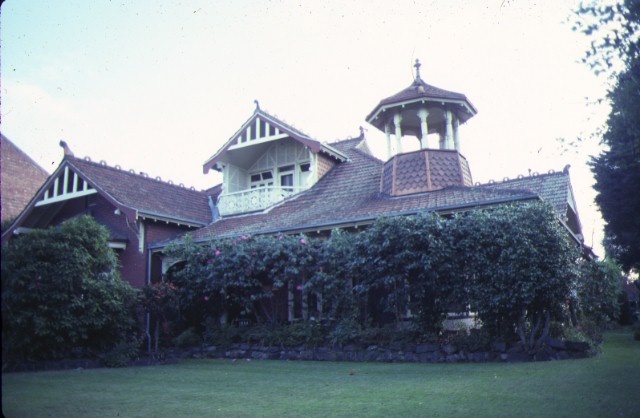 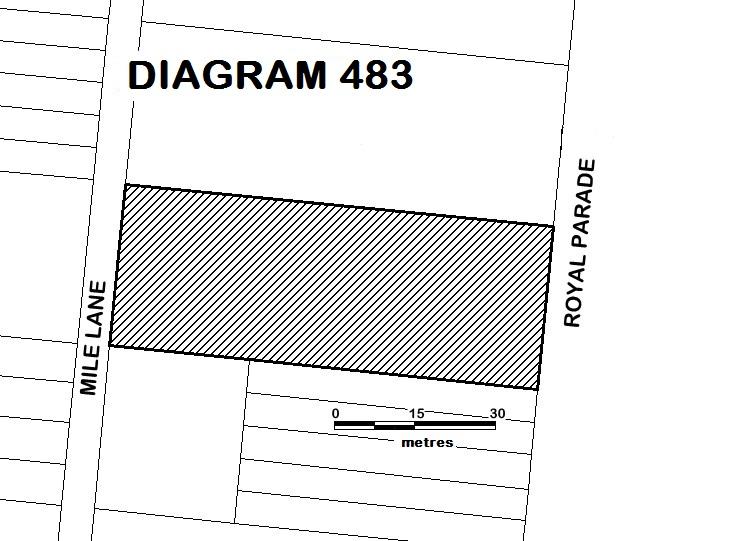 What is significant?
The house known as 'Auld Reekie at 511 Royal Parade in Parkville dates from 1910, but possibly incorporates an earlier six roomed villa named 'May Day/ which had been built in 1872 by a butcher called Henry Harper. 'Auld Reekie' was constructed by Alexander and Jessie Sturrock who purchased the site in 1908. 'Auld Reekie' is built from red brick with a hipped-gable Marseilles tile roof decorated by tall chimneys, terra cotta chimney pots, ridging, scroll and dragon finials. The belvedere, attic with balcony and verandah complete the picturesque composition.

Internally the entrance hall is hexagonal with five rooms radiating outwards. Throughout the five front rooms all the joinery and fittings are original including lead lighting to many of the windows. The ceiling in the sitting room is hand painted with Art Nouveau foliated relief work. The hall has intact blackwood joinery with elaborate door surrounds and fluted pilasters and carved pedimental motifs. The floor is divided into marble squares.

The first floor verandah has an iron balustrade featuring a gum leaf pattern. The front fence is a iron palisade, with scroll shaped picket finials. The fence is set on a plinth of rusticated bluestone blocks. There is an off centre gateway, the metal gate in the shape of a shield, which is flanked by pink and white marble castellated octagonal posts with relief carving to each panel. The marble was imported from Italy. The other posts supporting the palisade are a smooth sided bollard shape with domed tops.

How is it significant?
'Auld Reekie' is of architectural significance to the State of Victoria.

Why is it significant?
'Auld Reekie' is architecturally significant as intact example of an Edwardian era villa in the so-called Federation Queen Anne style. This style, arguably one of the first distinctive Australian architectural styles, is illustrated by the elaborate roof detailing, picturesque appearance and materials of red brick and terra cotta tiles. The belvedere to 'Auld Reekie' and the first floor balcony with gum leaf pattern balustrading are significant, unusual and distinctive features of the style. The intact interiors with original decoration add to the stylistic importance of the building. The distinctive fence of marble pillars and iron palisade is highly unusual as timber fences were more usual during the Federation period.

'Auld Reekie' is the last surviving intact grand private residence in north Parkville.
The house is unusual in that it is one of the few to have survived intact in Parkville as a large private residence in its original extensive and attractive garden setting. It is significant that the pedestrian-only entrance remains and that all vehicular access is still from the rear. The front garden remains intact and forms a unifying element between fence and house.