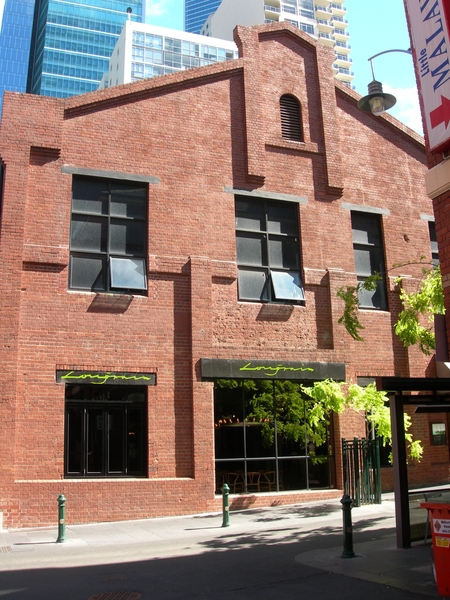 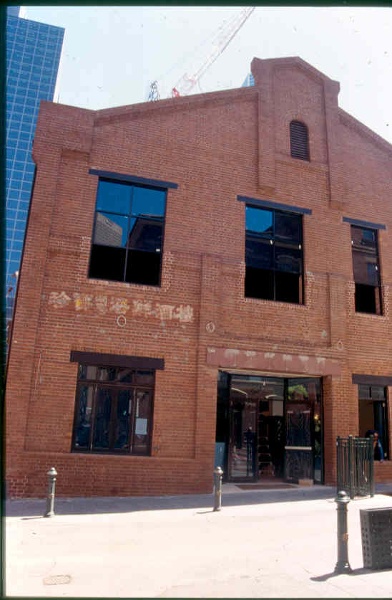 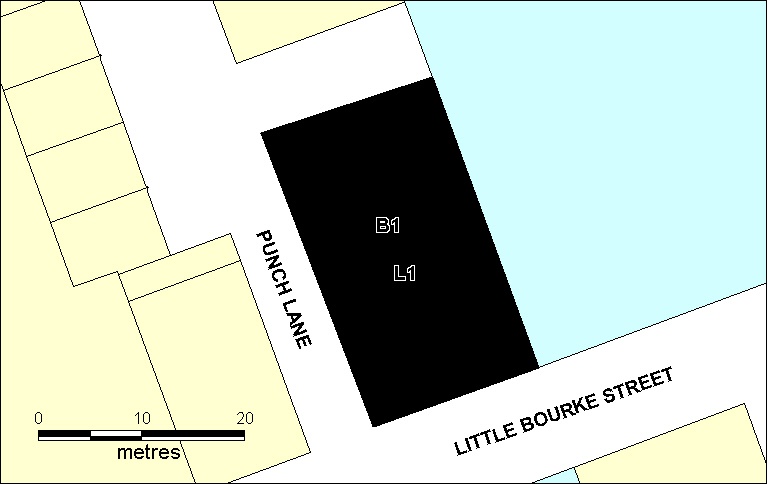 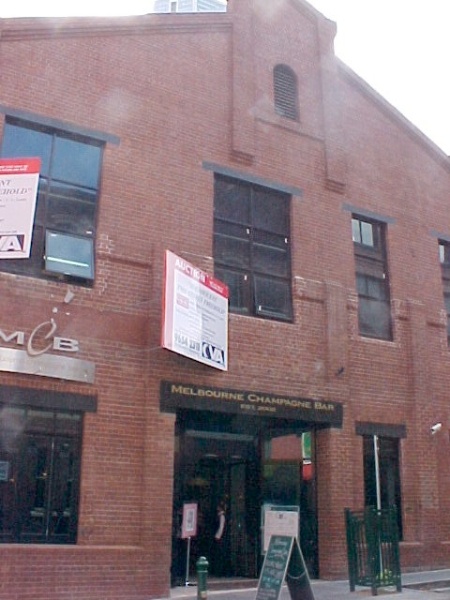 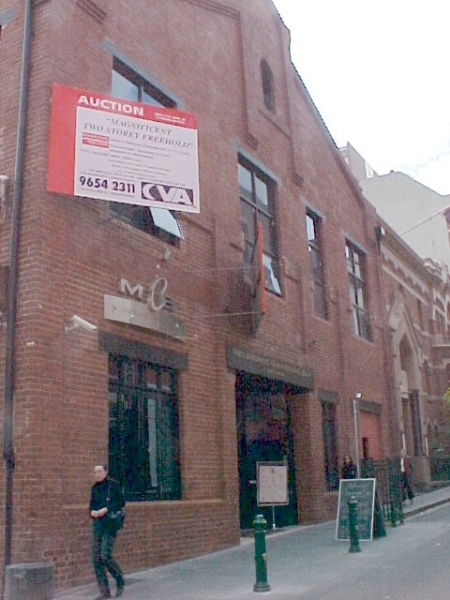 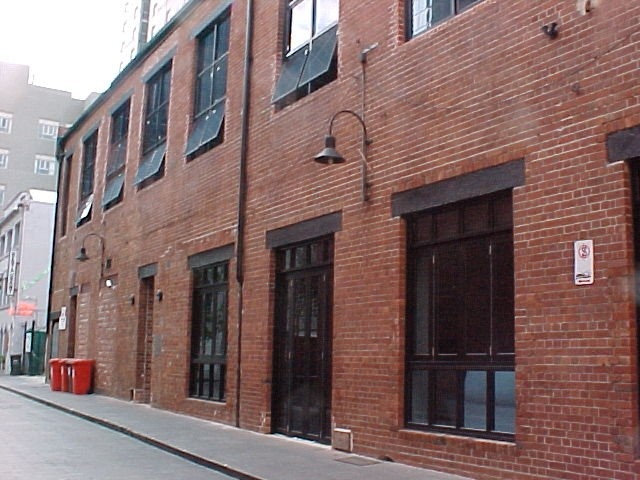 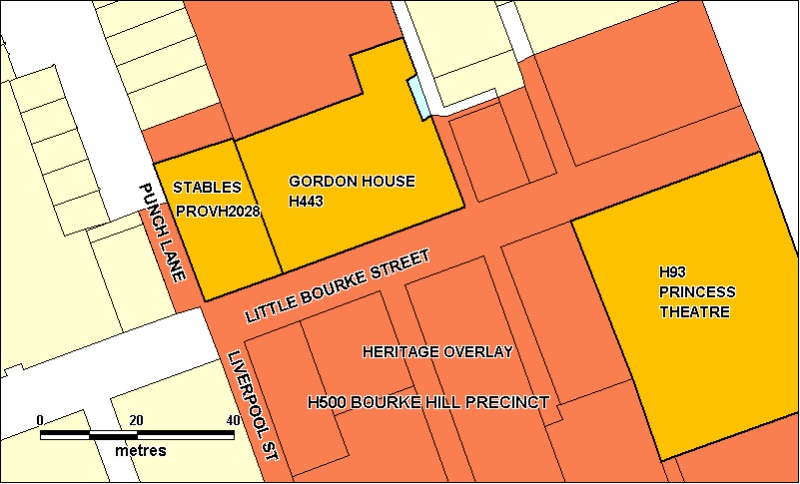 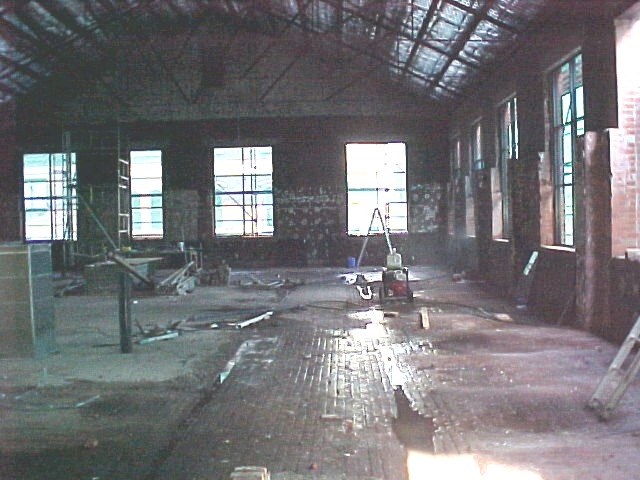 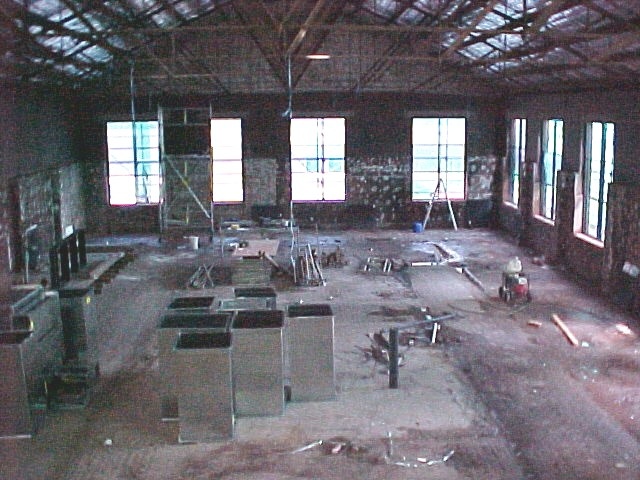 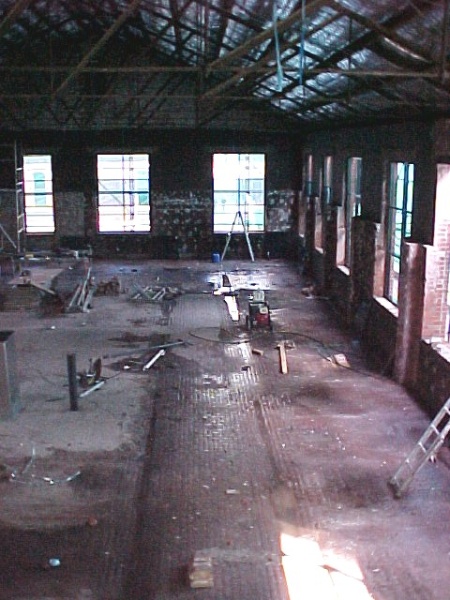 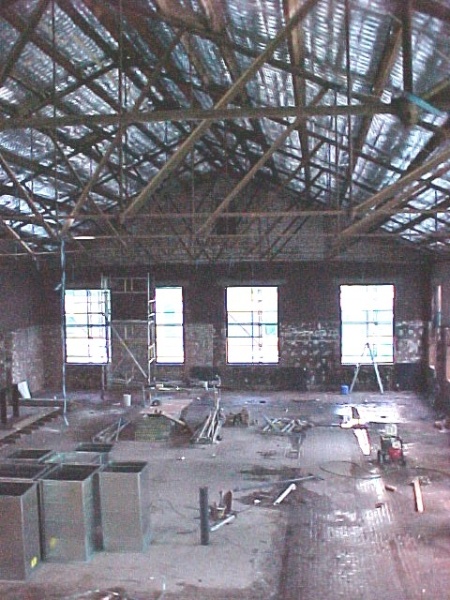 What is significant?
The former William Angliss & Co Stables building was constructed in 1900. It is constructed of face red brick with a gabled roof, terminated by an elegant parapet. The roof had a continuous lantern, now gone, but the gables retain arched openings with louvres which provided ventilation for the hay loft. The first floor is constructed of concrete reinforced with expanded metal, supported by encased iron or steel beams and columns. Expanded metal reinforcement in concrete floors is not known before c1907 in Victoria, and the floor may have been a later change to the building. The first floor surface is lined with bricks. Drainage and cleaning of the horse stalls was facilitated by shallow channels formed in the brick surface. Square post holes and the well worn, undulating brick surface indicate the former location of the stalls. Part of the concrete ramp to the first floor, covered with bluestone pitchers, survives. The hay loft has been removed but brick piers set against the first floor walls and below the level of the exposed wrought iron trusses indicate its former location.

William Angliss opened his first butcher shop in North Carlton in 1886, before moving to larger premises in Bourke Street in 1892. Angliss went on to establish a vast empire of pastoral stations and was a dominant force in the local meat and frozen meat export trade, which was centered on his Imperial Freezing Works at Footscray, opened in 1905. The Bourke Street premises, which operated as a butchers shop, remained the headquarters for Angliss throughout his career. In order to provide accommodation for horses and vehicles used in the delivery of meat to city customers, in 1900 Angliss built the substantial two-storied brick stables in Little Bourke Street, close to the rear of his Bourke Street premises. Carts and wagons were parked on the ground floor and horses ascended to the first floor via a ramp. The first floor had accommodation for about 45 horses. It was claimed afternoon sightseers gathered daily to watch the horses as they were unharnessed and safely mounted up the incline.

How is it significant?
The former William Angliss & Co stables building is historically and architecturally significant to the State of Victoria.

Why is it significant?
The former William Angliss & Co Stables building is historically significant as a rare surviving example of a two-storey stables building. No other two storey examples where horses were stabled on the first floor are known to exist. The stables is historically significant for its association with the meat business of William Angliss & Co, one of Melbourne’s leading butchers and a pioneer of the frozen meat export trade. The building clearly demonstrates the continuing reliance of city businesses into the early twentieth century on horse-drawn transport.

The former William Angliss & Co Stables building is architecturally significant for its early reinforced concrete floor and concrete ramp. Expanded metal reinforcement was one of the systems competing with the Monier system employed by John Monash in the first decade of the twentieth century. The building is architecturally significant for its surviving brick floor, which is an eloquent expression of the former function of the building.