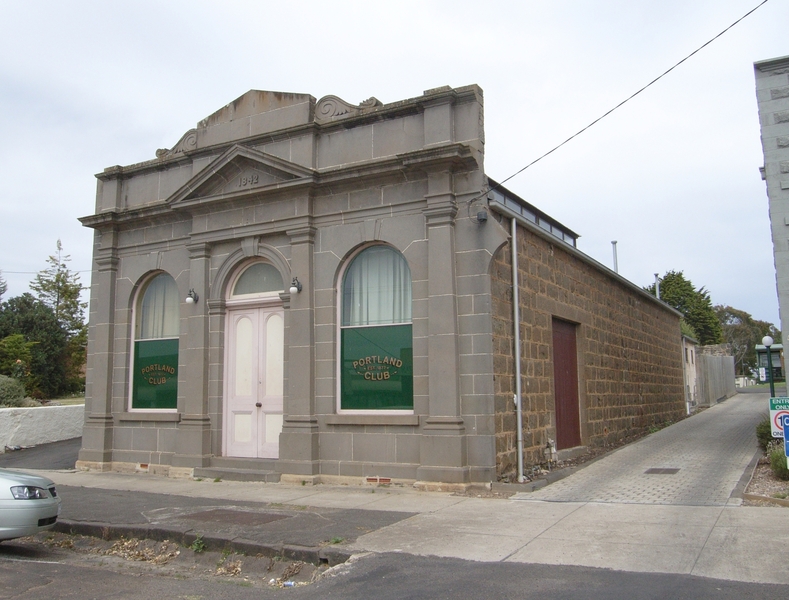 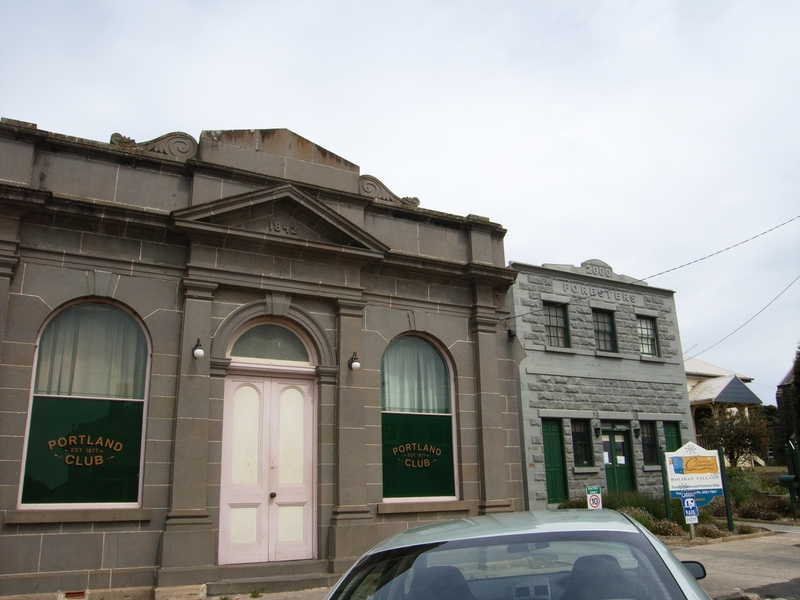 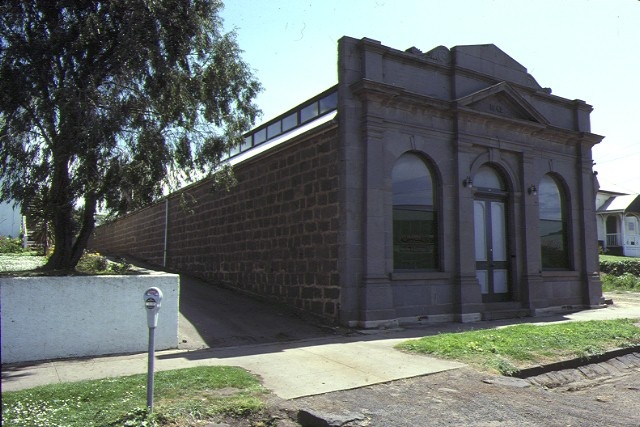 What is significant?
The Portland Club was erected in Percy Street, Portland in 1860 as auction rooms and wool warehouse for Crouch and Fethers, reportedly to a design by local architect, Daniel Nicholson. George G. Crouch was an early settler in Portland, who arrived in Australia in about 1835, and probably began business in Portland in 1842. He was appointed the second post-master there in 1844, ran a general store and auctioneering business and was one of the seven members elected to Portland's first Municipal Council in 1855. He purchased the Percy Street site from the original owner, William S. Sutherland and by 1856 had constructed a large iron building to accommodate his auctioneering business. This was replaced by the existing building in 1860. Crouch died in 1876 and the building became an engineering establishment of George Jarrett until 1887 when the Salvation Army occupied the building. The Portland Club acquired the building in 1919. Established in 1877 as a gentleman's club, this was their fourth home.

From its beginning as a trading port for the whaling industry in the 1830s, Portland developed rapidly through the 1840s, due to settlement of the rich pastoral hinterland, with wool becoming an important staple export. In the 1850s and 1860s, Portland became established as a prosperous urban settlement as the gold rush period attracted people and wealth to the town. It became a municipality in 1855 and access improved with the establishment of the Portland Roads District in 1856, a Cobb & Co. service to Melbourne via Geelong and an electric telegraph service in 1857. As a result, by the mid-1860s the city contained a fine collection of public, private and commercial buildings.

Like other buildings erected in the 1850s and 1860s, Crouch and Fethers? building was constructed in local basalt, with a fine axed front facade, made possible by the nature of the extremely fine grain black basalt of the region. It is a rectangular building containing a main hall, lit by a roof monitor light down its length, and ancillary rooms at front and rear. The symmetrical, classically conceived front facade incorporates an entablature supported by Doric pilasters and a parapet with a simple triangular pediment and side scrolls. A pediment, containing the date 1842, accentuates the central arched entrance, which itself is flanked by two arched openings. Loading platforms, a stone archway over the driveway to the north, and Crouch's residence at the rear of the property have been demolished.

How is it significant?
The Portland Club is of historical and architectural significance to the State of Victoria.

Why is it significant?
The Portland Club is of historical significance due to its association, as commercial premises, with the era when Western District wool was exported from this important port. The building was erected at the height of Portland's prosperity by one of its early settlers, George G. Crouch, and together with a number of other bluestone buildings in Portland, built in the 1850s and 1860s, it is illustrative of this important period.
[Online Data Upgrade Project 2004]