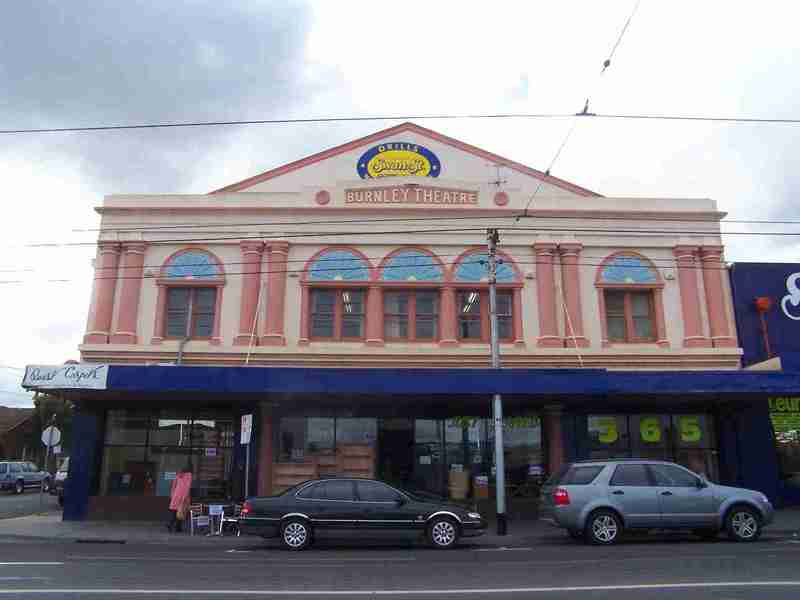 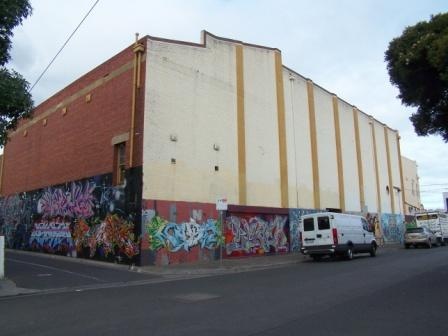 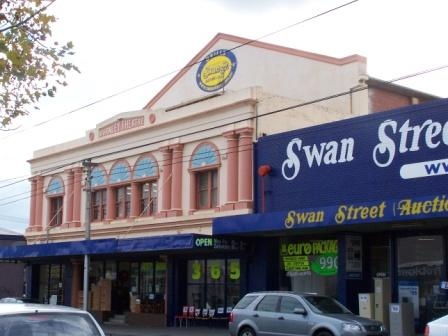 The Burnley Theatre opened on 21 May 1928. It was built by F.L. Walton Pty Ltd to the design of Bohringer Taylor & Johnson.

The Burnley Theatre was, to the locals: 'the answer to all our prayers we thought it was the most wonderful structure'. The theatre was particularly popular with courting couples:

We used to sit up the front, but occasionally, if we had a girl, we'd go up into the Dress Circle and people would say, "They must have plenty of money to be able to go upstairs". Up in the Dress Circle with their box of Old Gold chocolates half a crown they were then. That was what you did if you wanted to impress a girl.

The building remained in use as a theatre until 9 July 1958. The building is currently used by Swan Auctions.

Situated at the corner of Swan and Edinburgh Streets, the former Burnley Theatre is a large gabled building of brick construction. The double-storey rendered Swan Street facade is in a simplified classical revival style. There are three large openings at ground floor level, all infilled with recent aluminium-frame windows, and the wider central opening is flanked by engaged Tuscan columns. The first floor is also divided into three bays, separated by coupled engaged Tuscan columns. The wider central bay comprises three pairs of double-hung sash windows, each pair with a cement rendered Adam style decorative arch above. The end bays each have a pair of double-hung sash windows, also with decorative arches. The columns support a simple entablature and plain parapet, surmounted by a central pediment bearing the name of the theatre in raised letters. A cantilevered awning projects from the building above the ground floor.

The west elevation, to Edinburgh Street, is of plain brickwork with regularly spaced brick piers. The brickwork has been painted, and a colourful painted mural has been recently added at ground floor level.

The former Burnley Theatre is of local social and architectural significance. Until its closure in 1958, the theatre was popular with the residents of Richmond as a social gathering place. The Swan Street facade, although not of individual architectural importance, contributes to the streetscape and is a notable local landmark.