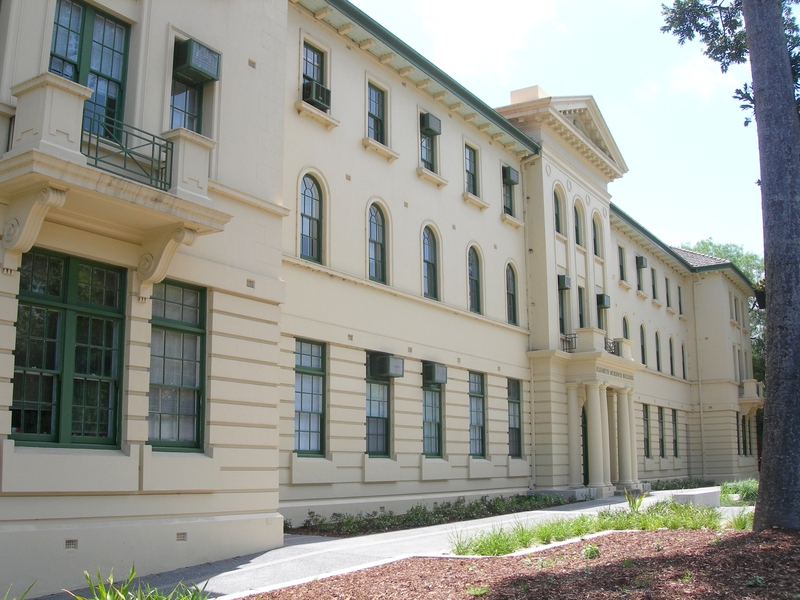 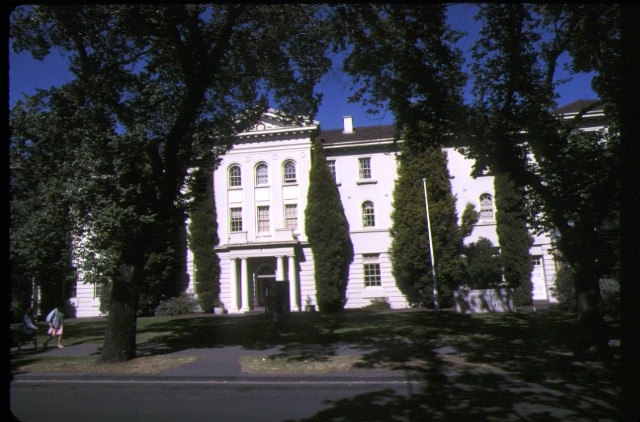 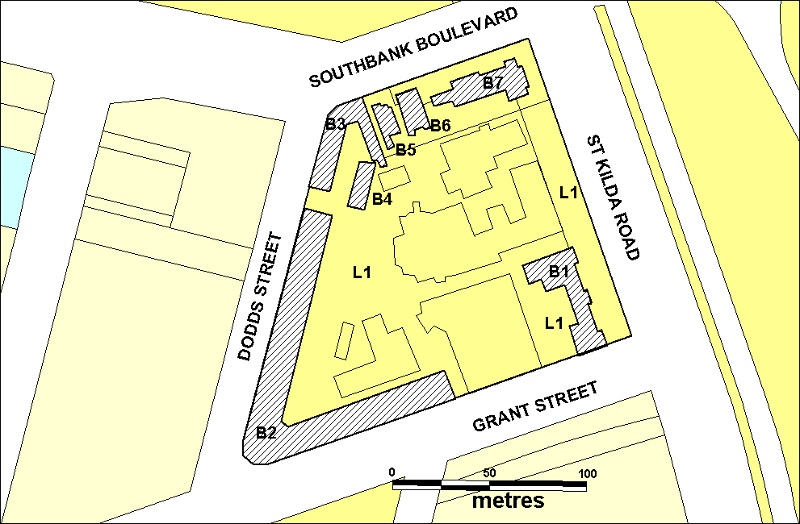 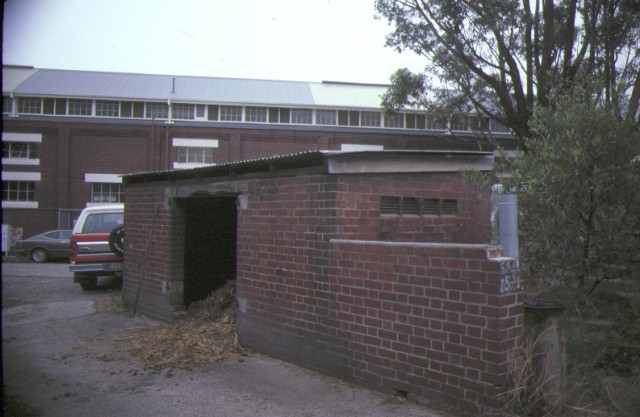 What is significant?
The Former Victoria Police Depot, including the Stables, the Riding School, and Drill Hall (1912-13), Police Hospital and Dispensers Residence (1914) , Police Stores and Workshop, (c.1916-20), Police Barracks (1925 ) and Rough Riders Residence (1929) , was constructed between 1912 and 1929 as the headquarters for police training and mounted police operations in Victoria. The building resulted from the Federal Government's decision to establish the Victoria Barracks as the headquarters for the newly formed Commonwealth Department of Defence in 1906. As the Victoria Police had occupied a significant proportion of the Barracks since 1881, provisions were made by the Government to relocate the Police to the nearby St Kilda Road site. The St. Kilda Road site of the former Barracks has important associations with the history of Melbourne as the location of Canvas Town in 1852-54 and the Immigrants Home from 1856-1914. The Victorian College of the Arts began occupying the police buildings on the site from 1973. They subsequently erected substantial buildings and now occupy all the site except the Police Stables which remain in their original use by the Police as the Operational Headquarters for Mounted Police in Victoria. The whole of the land is significant as the curtilage of the island site of the Victoria Police Depot notwithstanding the buildings which have been erected or modified by the Victoria College of the Arts.

How is it significant?
The former Victoria Police Depot is architecturally and historically important to the state of Victoria.

Why is it significant?
The Former Victoria Police Depot is historically significant as a police training establishment of the early twentieth century and a police hospital. The Former Police Depot demonstrates the association of the site with the Victoria Police and in particular the Mounted Police Branch since 1912. The St. Kilda Road site of the former Depot has important associations with the history of Melbourne as the location of Canvas Town in 1852-54 and the Immigrants Home from 1856-1914.

The Police Barracks within the Police Depot (now the Administration Building for the Victorian College of the Arts) is historically significant for its association to the police strike of November 1923 and subsequent Royal Commission in 1924, which found that many police barracks and stations provided poor living conditions for officers. As a result, the old Immigrants Home buildings previously used by the Police recruits were demolished and construction of the new barracks was commenced. The new building set new standards for the accommodation of recruits with the provision of comfortable living conditions and recreational grounds and facilities.

The former Rough Riders' Residence within the Police Depot is historically significant as a representative example of a police residence, but also as one for a special use as it was erected to accommodate those involved with breaking in new horses acquired for police work.

The Police Depot is architecturally significant in providing an extremely rare and unique solution to the institution's requirements. The architectural form of the stables, riding school and drill hall demonstrates the reliance on the horse as a means of transport for police work at that time. The combination of stables, octagonal entrance hall, riding school and drill hall was regarded with pride at the time it was built. The Stables is one of the largest stable buildings to have been constructed and to still remain in metropolitan Melbourne. The original design for the Riding School and former Drill Hall was for one large open space divided in the centre by a mezzanine viewing platform. The Riding School is located in the wing extending east from the octagonal entrance hall.

The former Police Hospital is historically and architecturally significant as the first purpose-built Police Hospital to be constructed in Victoria and one of the few Police buildings to still remain in metropolitan Melbourne. Its design was based on the pavilion principle, which expressed the late nineteenth and early twentieth century attitudes to hospital design. The design was intended to provide ample sunlight and ventilation for the convalescing patients, and included a two-levelled verandah on the north and south elevations. The hospital building included a dispensary, reflecting the function carried out by the dispenser in medical practice at that time. The hospital also included a single storey operating theatre attached to the western end of the building. The associated former Dispenser's Residence remains virtually intact. It is significant in medical history as it demonstrates the role of the dispenser in the early twentieth century medicine, in providing 24 hour medical assistance to the Police Hospital. The Rough Riders' Residence is historically significant in the history of mounted police in Victoria, as it is contemptoraneous with the continuing training of police horses on this site in the period after the introduction of motor transport to police work. In the twentieth century the emphasis was changed from general transport use in city and rural areas. Horses had to be trained for ceremonial work and the control of hostile crowds, a use which continues to be necessary today. The police stores and workshop buildings as remaining elements of the entire complex help link the buildings and contribute to an understanding of the historical use and appearance of the site.

The former Police Barracks is architecturally significant as a notable example of the Georgian Revival style which developed in Australia during the early twentieth century. The building is a rare example of the combination of this building type with the Georgian Revival style, as it was an aesthetic usually reserved for private residences or commercial buildings such as banks and offices. The design of the former Police Barracks is a major example of the work of the architect, E. Evan Smith. As Chief Architect of the Public Works Department from 1922-1929, Smith was responsible for many buildings, none of which were as controversial or publicly discussed as this. Smith's signature style of Georgian Revival also forms an important part of Australia's architectural history as it was the first time that an earlier style practised in this country was revived.
Show more
Show less
All information on this page is maintained by Heritage Victoria. Click below for their website and contact details.