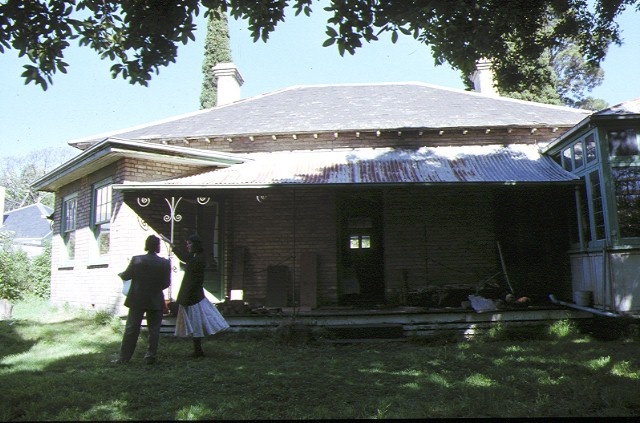 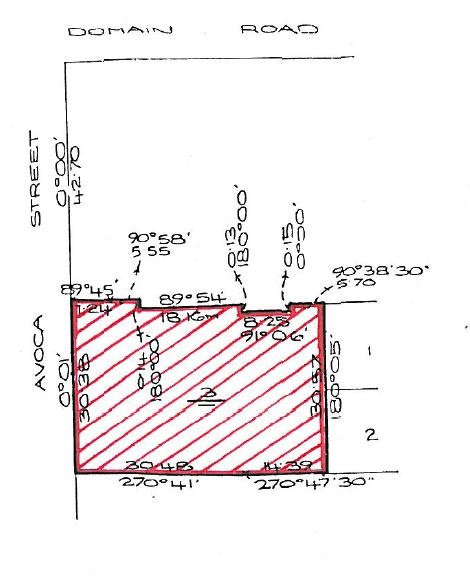 What is significant?
The Residence at 64 Avoca Street, South Yarra, was built c. 1856 and consists of four rooms all of which open off a central passage and have access via French doors to the verandah. The design of this villa with its simple hipped slate roof, concave encircling verandah, symmetrical facade and Regency-like wrought iron columns features a number of characteristics rare in Victoria that are more consistent with similar buildings of an earlier date. The simplicity of the original design was modified by the Cade family during their more than 100 years of ownership, as various changes and extensions were made to the service wing located to the north of the villa, a covered link between the villa and the service wing was established and enlarged, and alterations were made to the main villa, including an angled bay wing to the south east and a timber panelled sun room off the eastern verandah. The villa's interior is simply detailed and retains a number of original elements. It is possible that the house incorporates an early pre-fabricated structure, possibly added to the building in the late-1850s, but this has not been conclusively proven.

How is it significant?
The Residence at 64 Avoca Street is of historical and architectural significance to the State of Victoria.

Why is it significant?
The Residence at 64 Avoca Street is of historical significance as one of the few gold rush-era houses remaining in Melbourne and is representative of an early era in Melbourne's history and the aspirations of the successful middle class. It provides evidence of the effects of the gold rush on Melbourne. The real beneficiaries of the gold rushes were not so much the diggers, few of who actually struck it rich, but shop-keepers and hoteliers. Frederick Cade’s chemist business prospered during the gold rushes, allowing him to retire on his profits to his new house in Avoca Street. Such relatively modest houses of the gold rush period are now very rare and this villa is an important reminder of the era. It is also a substantial remnant of the initial development in this part of South Yarra, and illustrates the early impulse to suburbanisation for successful city businessmen.

The Residence at 64 Avoca Street is of historical significance for its associations with Frederick Cade and the Cade family, particularly the artist Blanche Cade, for more than a century. Frederick Cade was one of the first chemists in Melbourne, opening his shop in Collins Street in the early 1840s. The house remained in the ownership of the Cade family until 1987, and thus provides a remarkable record of domestic change and continuity over an extended period of time. Modifications were made to the house to accommodate changing family needs, the most notable of these being the addition of studio space for the use of Blanche Cade, a noted artist of her time. Blanche Cade (b. 1873) lived and worked from
the family home at 64 Avoca Street. Female artists gained prominence in the Australian art world in the first three decades of the 20th century, at a time of feminist ferment based around suffrage demands. Blanche Cade contributed to this phenomenon, exhibiting as a member of the Victorian Artists Society for a long time, being listed in the Year Book of Art from 1922 to 1932, and included in the Bibliography of Australian Women Artists.

The Residence at 64 Avoca Street is of architectural significance as an important surviving example of a hipped roof house of the 1840s to 1850s period. Such houses were once common in the early colonial period, but few now remain. The house has some unusual and sophisticated architectural details, including the wrought iron verandah columns, the simplicity of the eaves brackets and the shadow line immediately below the eaves line. The early use of cream bricks is also notable.