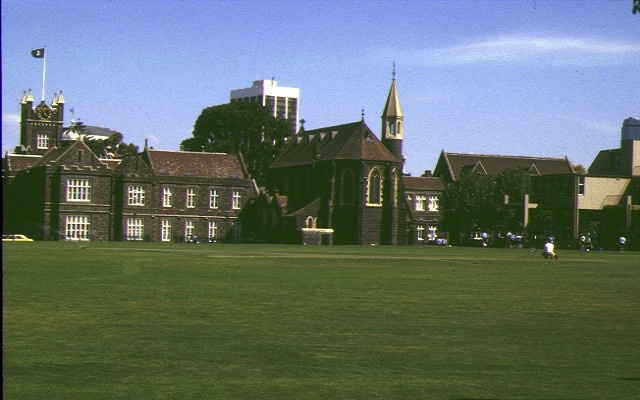 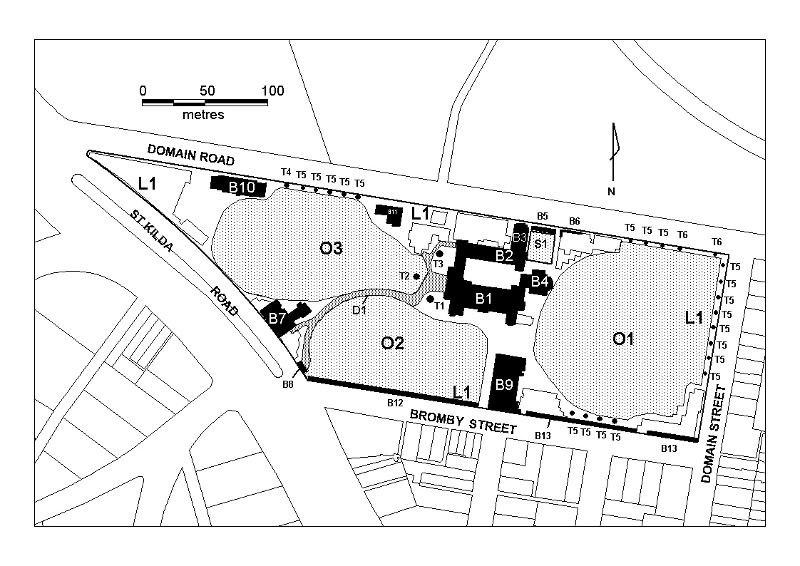 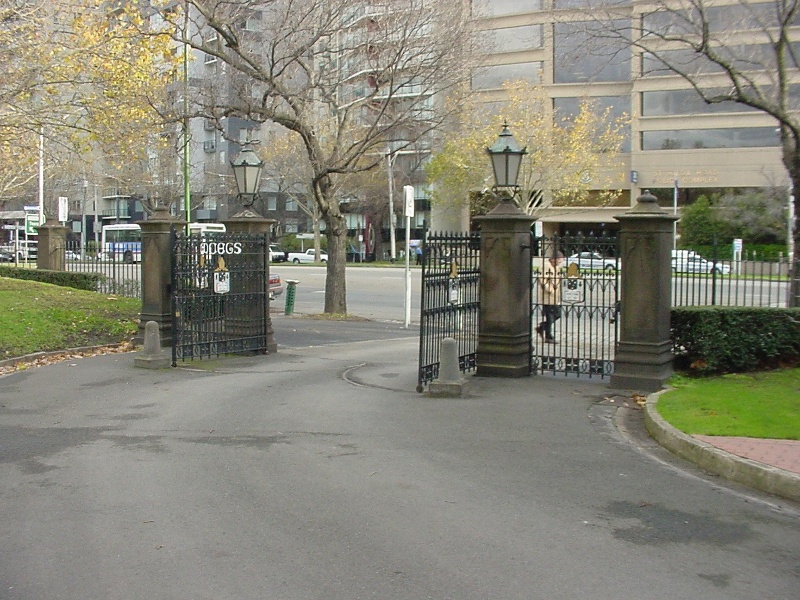 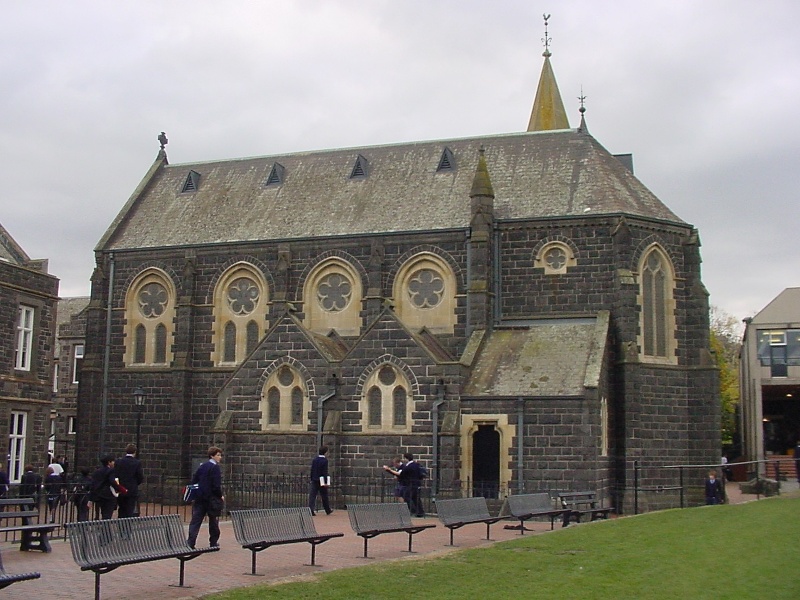 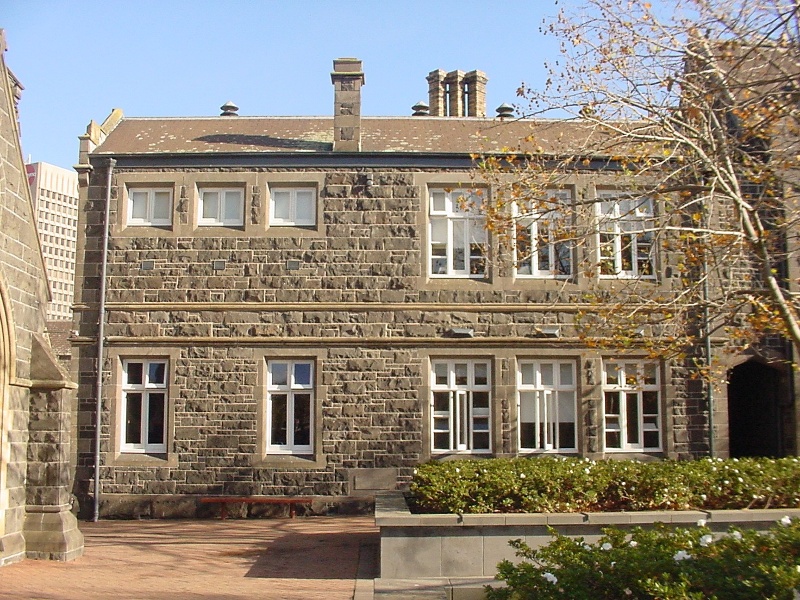 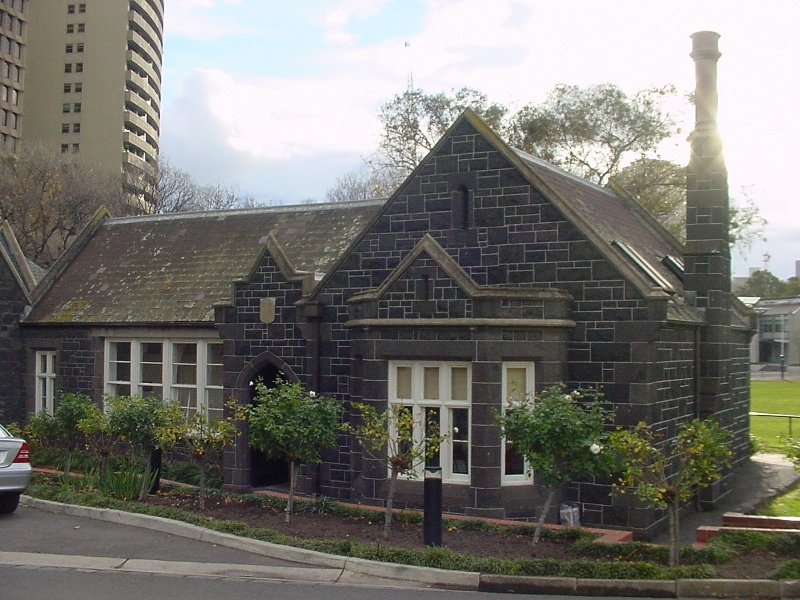 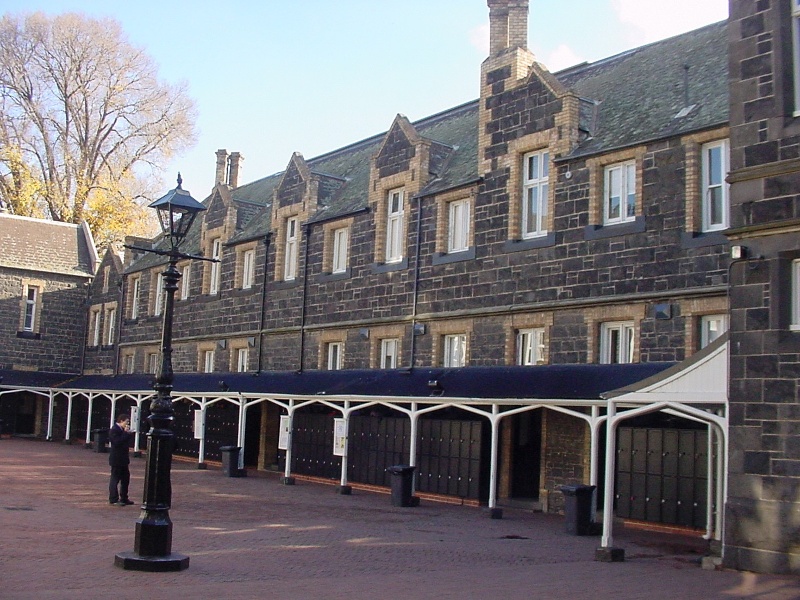 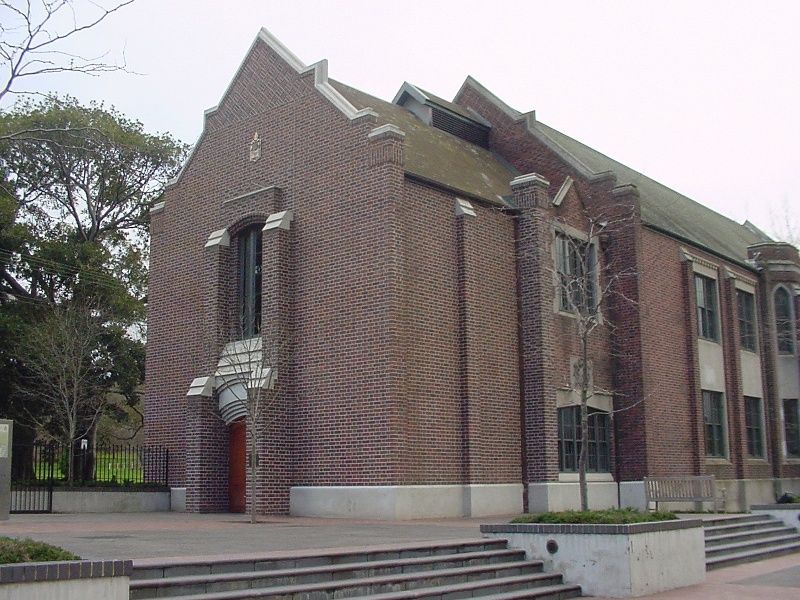 What is significant?
From 1850 the Anglican Bishop of Melbourne, Bishop Perry made requests to the Superintendent of Port Phillip, Charles La Trobe for a site for an Anglican school, but the present site was not chosen until 1855. In the interim a constitution for a church grammar school was adopted and funds were received from the government and by public subscriptions. An architectural competition in 1856 selected a Tudor style design by the partnership of Webb and Taylor. On 30 July 1856 Bishop Perry laid the foundation stone and in 1858 classes began under the headmastership of Reverend John Edward Bromby.

In June 1875 the school library was established and the school crest and motto adopted. Wadhurst was established on the site in 1878, at first to accommodate an overflow of boarders, but in 1886 it became the junior school. In 1918, when the school acquired Grimwade House for its junior school, Wadhurst became the junior section of the high school. In 1942, soon after America entered the war, US forces took over the Senior School and Wadhurst as their Melbourne headquarters. The school regained use of these buildings at the beginning of 1944.

Melbourne Grammar School is situated on a large block of 15 acres bounded by St Kilda Road, Domain Road, Domain Street and Bromby Street. The school has also acquired additional property in the streets surrounding the original site. The main site comprises three ovals ( Main Oval, Steele Oval and Wadhurst Oval) and a series of` school buildings constructed from 1856 to the present day. The earliest buildings on this site were erected between 1856 and 1858 in bluestone with freestone dressings, and comprise the gate lodge and west wing of the quadrangle. The Witherby tower was completed in 1876 and between 1861 and 1891 the quadrangle building was completed based on Webb and TaylorÆs Tudor-Gothic style designs.

After 1876 no attempt was made to conform to Charles Webb's original plan but buildings were designed to harmonise with the earlier quadrangle buildings. The Gothic style chapel was constructed in 1892 to the design of architect A E Johnson. In 1905 the appointment of the partnership of Godfrey & Spowers began a tradition of appointing old boys as school architects. In 1908 they completed the Cuming Wing begun by Inskip and Butler in 1898. In 1910 the Ross Memorial Gates were opened and the Chapel Square was formed. In 1913 the Jubilee Wing, also designed by Godfrey and Spowers, was built adjacent to the quadrangle. In 1928 the War Memorial Hall was opened, designed by Hugh L Peck and built as a memorial to old boys who were killed in the First World War.

In 1927 the Steele Memorial Ground was formed, along with a retaining wall along the western end of the Bromby Street frontage. The Barrett Gates and drive from the gate lodge were also completed at this time. After the Second World War a further building program commenced starting with the Bromby Building in 1954, followed by the Centenary Building in 1959 and the Science Wing in 1961. These were International style buildings, free of all Tudor-Gothic stylistic references.

Landscaping of the grounds of Melbourne Grammar was begun in 1858 and the formation of the cricket ground commenced in 1868. In 1869 five dozen ornamental trees were planted along St Kilda Road and in 1872 further planting was done inside the boundary fence and improvements were made to the layout of the grounds. In 1875 the front plantation was formalised. In 1908 all the Monterey Pines that had been planted around the grounds were removed. The elms that had been alternately planted with the pines in 1877 have grown into shapely trees since the removal of the pines.

How is it significant?
Melbourne Grammar School is of historical, social, architectural and aesthetic significance to the State of Victoria.

Why is it significant?
Melbourne Grammar School is historically significant as the oldest denominational school in Victoria operating continuously from its original site. The school demonstrates the concept and development of the private denominational school in Victoria from the mid nineteenth century to the present. The complex of major buildings, notably the Quadrangle, Lodge, Chapel, Memorial Hall, Bromby Building and Wadhurst Hall, illustrate the changing nature and requirements of education.

Melbourne Grammar School is socially significant as possibly the most well known private school in Victoria. Since its founding it has provided schooling to some of AustraliaÆs most prominent figures in public life.

Melbourne Grammar School is architecturally significant for its collection of bluestone buildings, forming the core of one of the finest educational building complexes in Australia. Designed in the Tudor Gothic style, they reflect the desire to invoke the prestige of traditional English colleges. Buildings added after the Second World War are significant as distinctive examples of the International style, contrasting markedly but successfully to the earlier buildings. The design of the Bromby Building broke the tradition of employing old boys as architects.

The grounds are aesthetically significant for their broad open landscape featuring three sports ovals, for the spatial arrangement of buildings, ovals and trees, and for the views to and from these elements. The axial position of a large Araucaria heterophylla planted in 1859 opposite the entrance to the 1858 Quadrangle building and the framing by a Magnolia grandiflora on the south corner and an exceptionally large Ulmus procera near the north corner are significant landscape features. The landscape is further enhanced by the perimeter planting of twenty Ulmus x hollandica and two uncommon Ulmus x hollandica æPurpurascensÆ and a single Platanus x acerifolia.