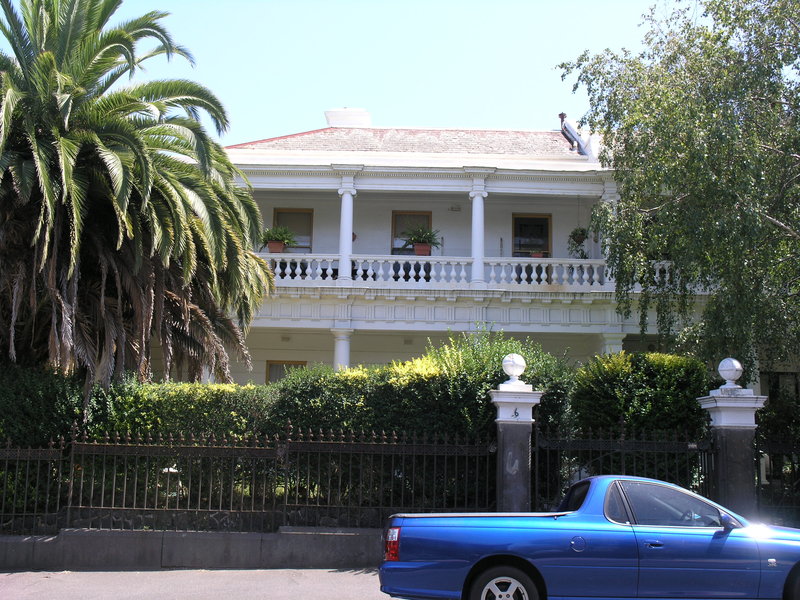 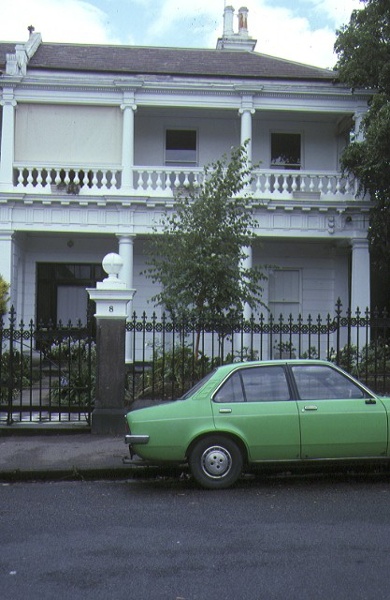 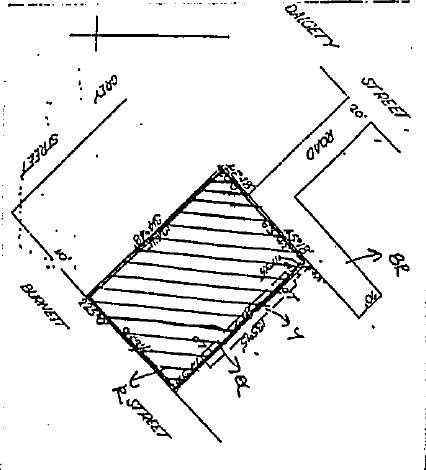 The land on which Wilgah was built was originally owned by FG Dalgety, one of the important early first purchasers of the fashionable St Kilda Hill. The two houses that form Wilgah (Nos 6 & 8) were built for Denis Eisenstaedtler late in 1864. Eisenstaedtler was born in Hungary

c.1819 and became a British citizen in Victoria in 1860. The architects of Wilgah were the firm of Crouch and Wilson. The two residences comprise large two storey terraces with heavy colonnaded verandahs and balconies. Doric columns at ground level support an entablature and the balcony balustrading. Ionic columns at the first floor level support the verandah roof above. The hipped slate roof of the main building is exposed and window openings are set simply into the walls. The solidity of the colonnade is repeated in the stanchions of the cast iron fence which feature large spherical elements. Wilgah is a comparatively rare example of the Palladian sub-style of the renaissance revivalism which was prevalent in architectural design in Melbourne in the nineteenth century. It has been suggested that the direct model for Wilgah is the Palazzo Chiericati at Vicenza of 1550. In this instance the garden was an important complementary feature which has been diminished in the case of Wilgah.

Wilgah is of architectural and historical importance for the following reasons:

- as an early and sophisticated example of Renaissance Revivalism in nineteenth century domestic architecture in Melbourne.

- for its careful interpretation of the work of Palladio.

- as an important work of the architects Crouch and Wilson.