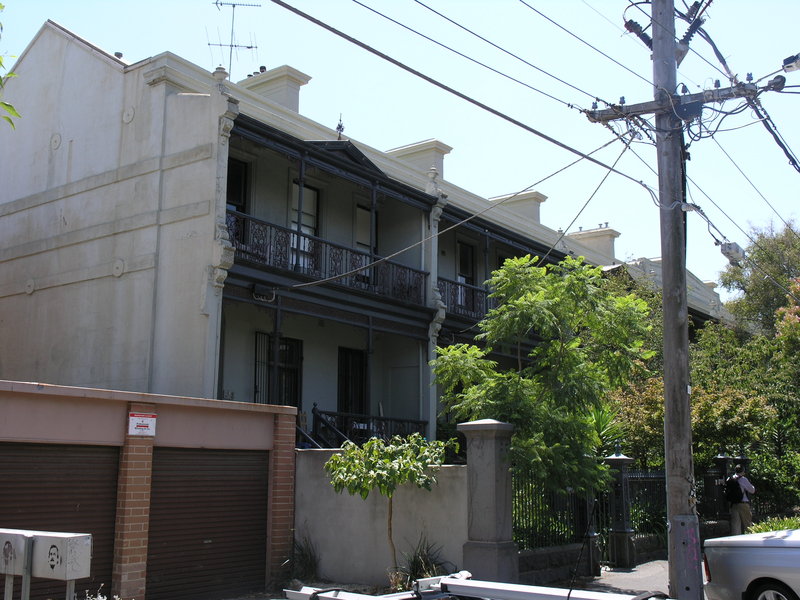 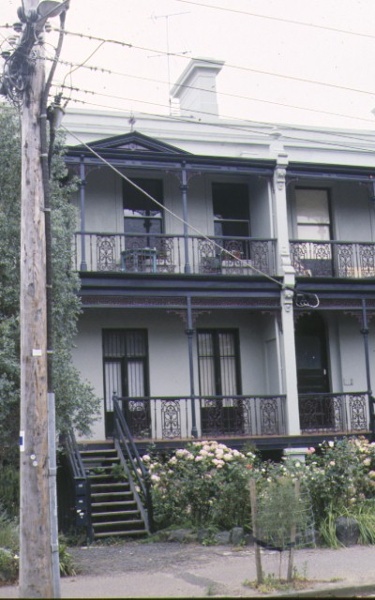 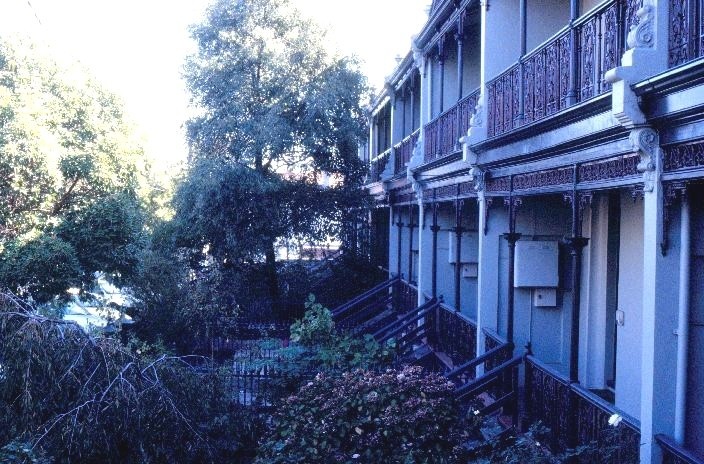 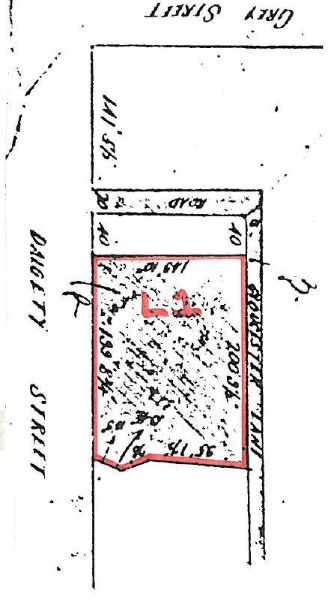 Eden Terrace was erected in 1856-57 to a design by the architect John Felix Matthews for the developer Thomas Eden. It comprised eight stuccoed brick two-storey houses with attic and sub-basement spaces. The terrace featured restrained Regency detailing typical of the 1850s, including French doors which opened onto a verandah at ground floor level. The terrace has experienced a number of additions and alterations over the years. The most major of these were the construction in 1883 of the existing two storey verandah designed by Reed Henderson & Smart, and in 1917 the demolition of the earlier service wings and their re-building to a design by the architects Sydney Smith & Ogg. The terrace is presently divided into twenty-four flats. These have recently been refurbished by the owners with the aim of restoring the facade to its 1917 appearance, and modifying the attic and service wing roof areas to provide additional entertainment space.

Eden Terrace is one of the earliest surviving examples of Melbourne's residential terrace buildings. It is the largest example in Melbourne of a two-storey terrace with attic and semi-basement. It provides an early example of changing architectural styles and patterns of occupancy in terrace housing in the early twentieth century, as large terrace houses were converted to flats, reflecting the changing social status of the inner suburbs, particularly St Kilda. The current and proposed alterations to the interior of the 1917 service wings do not affect the fabric of the nineteenth century building. The new windows and doors introduced into the attic areas are not obtrusive and do not appear to have impaired the significance of the terrace.