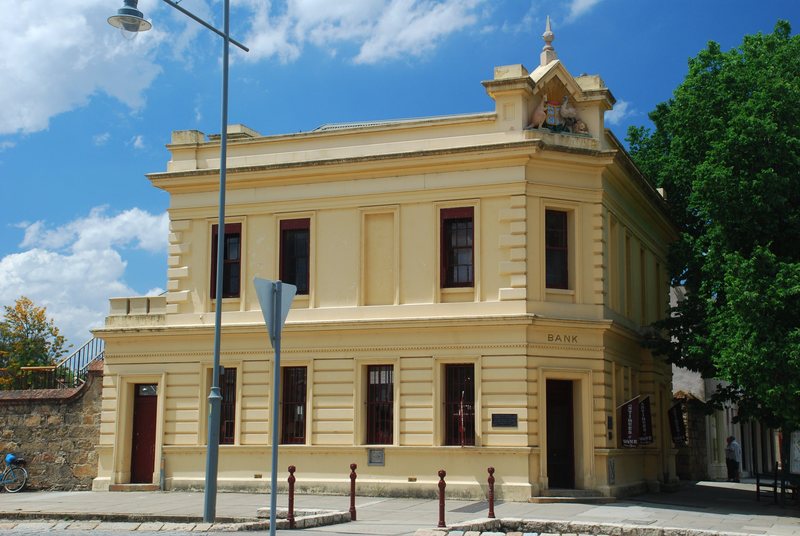 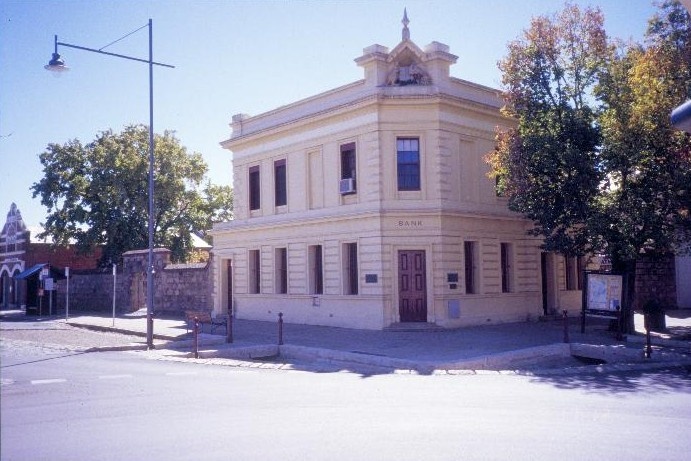 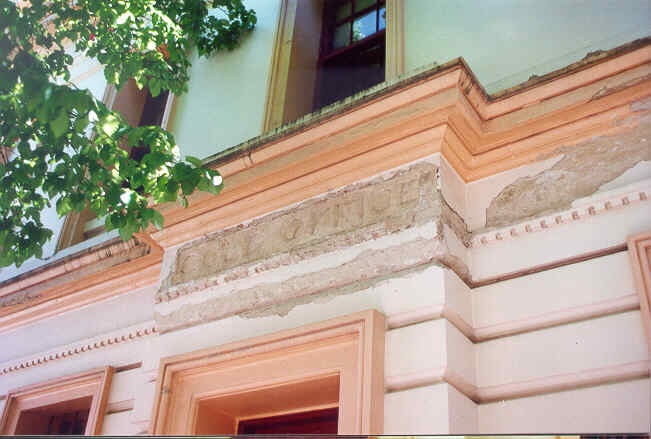 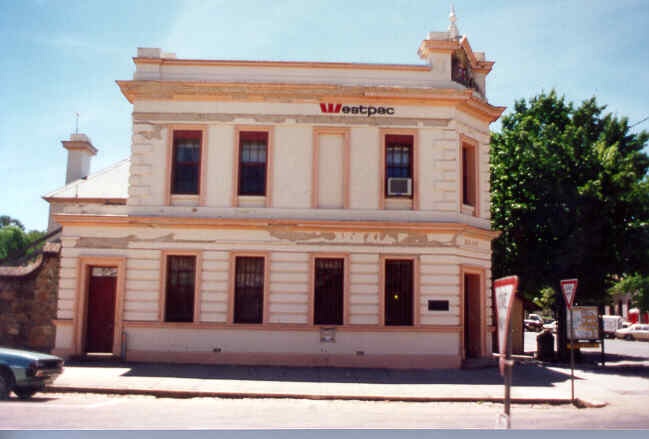 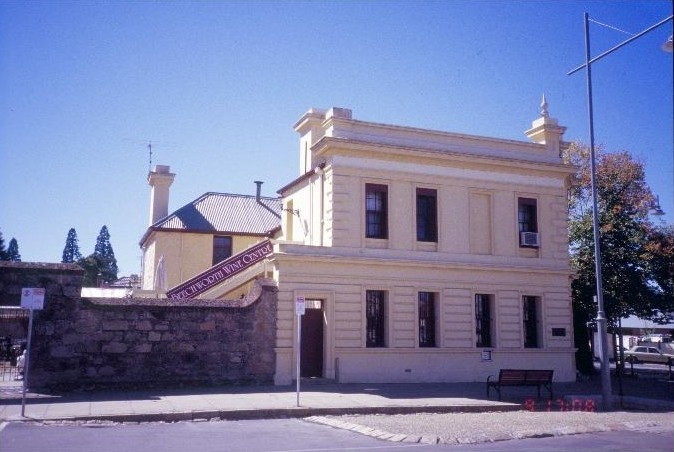 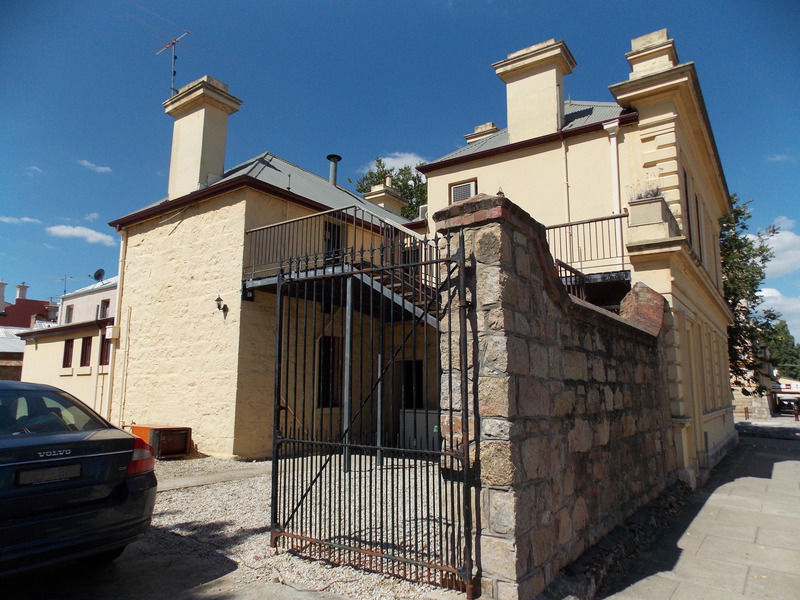 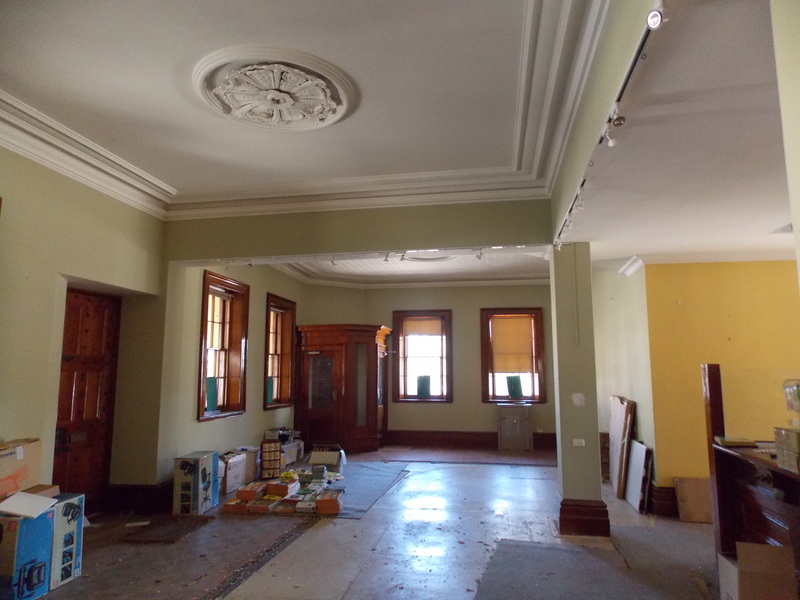 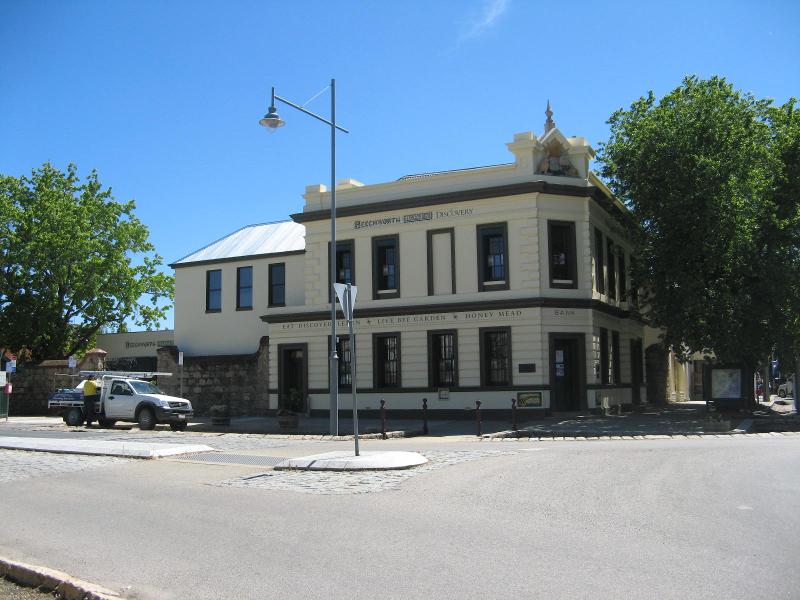 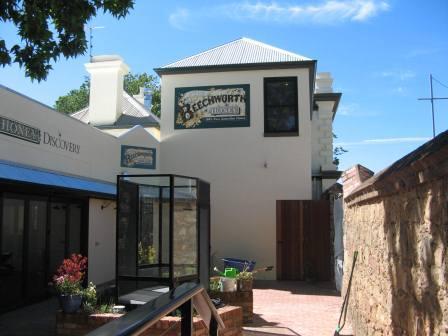 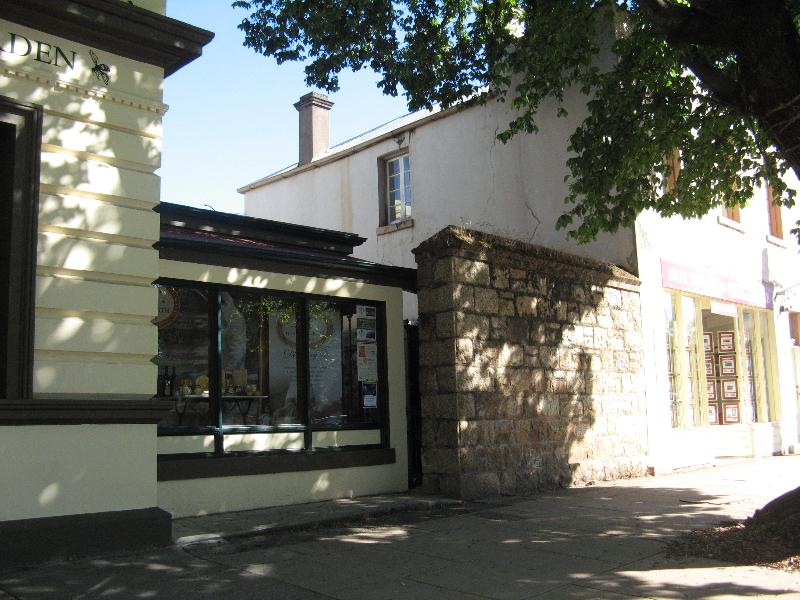 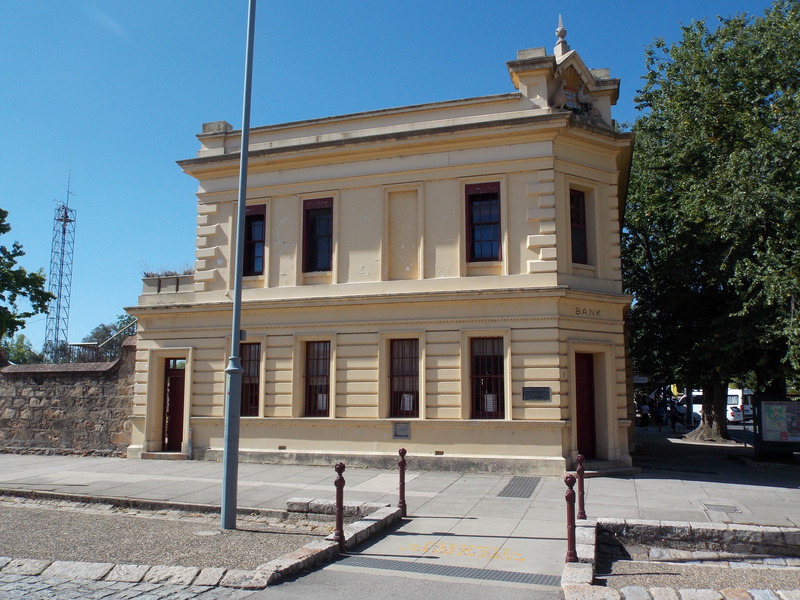 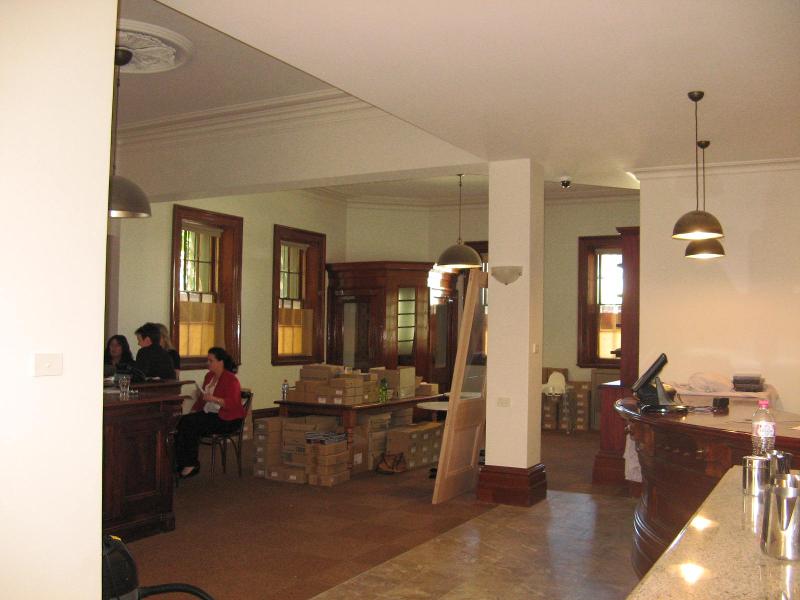 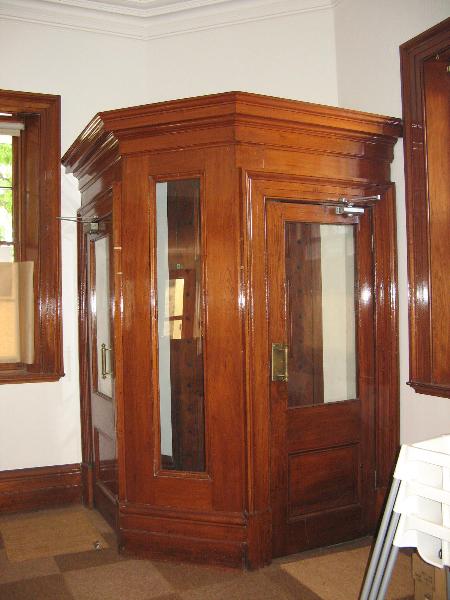 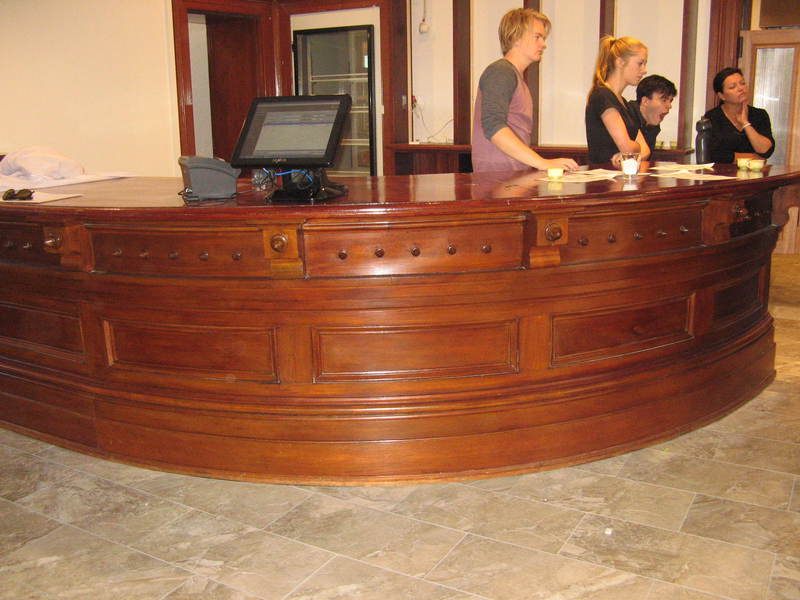 What is significant?
The Bank of New South Wales, Beechworth was built in 1856-7 on a prominent corner in the centre of the town. An agency for this bank had been opened in Beechworth in 1853, and three years later the architects Robertson and Hale were commissioned to design a substantial bank building on a site at the corner of Camp and Ford Streets.

Gold was discovered at Beechworth in 1852 and the following year it was declared a town. In 1853 the initial survey of the town was undertaken and the grid arrangement of streets in the town centre was laid out. The gold rush peaked in Beechworth in 1857 and this resulted in the construction of many administrative and public buildings in the late 1850s, including the Bank of N.S.W. Due to its position on the main overland route between Melbourne and Sydney, Beechworth became an administrative and legal centre for the north-east region of Victoria and it became a municipality in 1863.

Designed by the architects Robertson and Hale in a simple, conservative classical style, the bank is a two storey rendered brick building which utilises its corner site. Emphasis is placed on the chamfered corner which incorporates the entrance, quoined corners at first floor level and a distinctive coat of arms at parapet level. The latter is highly modelled and incorporates a kangaroo, emu, lion and rising sun surrounding a central coat of arms. The remainder of the building is devoid of decoration and windows are simple, unadorned rectangular openings. The ground floor of the building employs banded rustication, and this horizontality is accentuated by a continuous sill at ground level, a plain cornice dividing the ground and first floor levels and another at parapet level. A separate entrance in Ford Street originally provided direct access to the gold buying office. High granite walls, which surrounded the rear yard of the property for security, have been retained with minor alterations.

This building operated as a Westpac bank from the 1980s, later to become the Bank of Melbourne, and passed into private ownership in 2001. It presently operates as the Beechworth Wine Centre.

How is it significant?
The former Bank of N.S.W. is of architectural and historical significance to the State of Victoria.

Why is it Significant?
The former Bank of N.S.W., Beechworth is of architectural significance as one of only a small number of banks that remain from the 1850s in Victoria. It is also one of the few remaining works of Robertson and Hale, who were responsible for a number of buildings over a brief number of years from 1856 to 1861. Their work included a number of banks, particularly for the Bank of Victoria.

The former Bank of N.S.W. is of historical significance due to its association with the early development of Beechworth. It is illustrative of the substantial civic development that took place in the town after the peak of the gold rush and after Beechworth had emerged as the administrative centre of the north east of Victoria. Together with other buildings at the intersection of Ford and Camp Streets, including the post office and the former Bank of Victoria, this building makes a valuable contribution to the surrounding streetscapes due to its prominent location at the principal intersection of this important historic town.