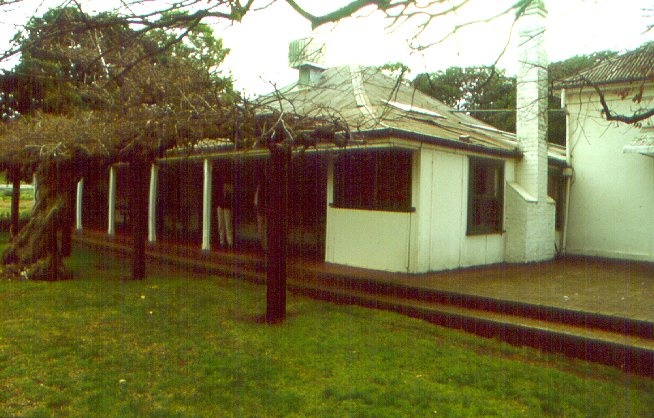 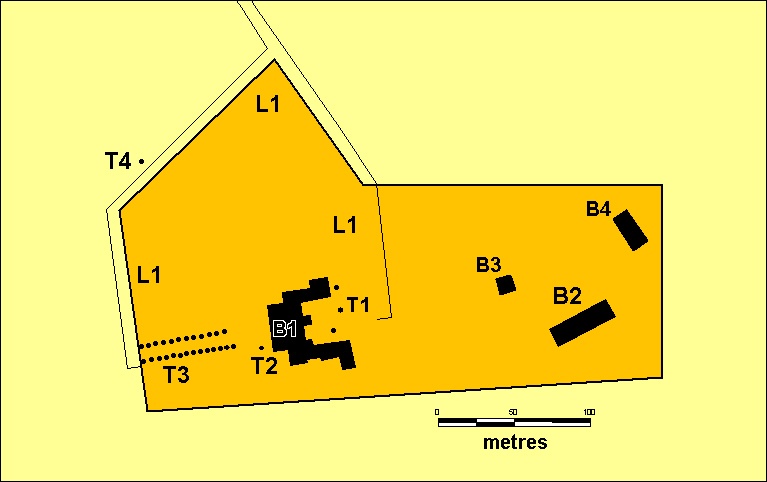 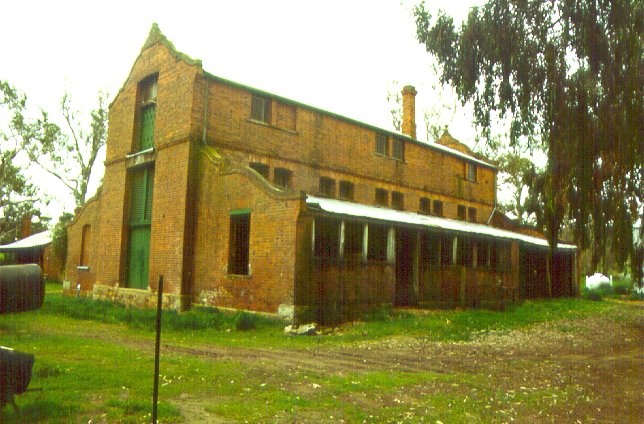 What is significant?
The pastoral run of Killeen, then known as Five Mile Creek, was acquired by the squatter Charles Ryan in 1849. In that year it comprised 40,000 leased acres stocked with 1200 cattle. Ryan later added sheep to the stock. In the same year Ryan built the homestead as part of the improvements he carried out before purchasing 160 acres of freehold land under his pre-emptive right in 1852. He expanded to 640 acres of freehold in 1854.

The single storey house was built of pise, comprising clay or earth mixed with gravel, rammed between boards or formwork which was removed as the earth hardened. The walls are about 600mm thick. Early settlers knew this form of construction from books published for emigres to the colonies on how to build cottages. Pise was a craft favoured by amateur builders, but nonetheless was a skilled technique and was not altered, unlike timber construction, by local tradition or conditions. Due to the materials and the thickness of the walls, it was theoretically cool in summer and warm in winter.

The significant elements of the homestead are the four-room cottage of 1849 with the shingle roof and verandah, the 1850s kitchen wing and the dining room of c1870. The homestead in 1849 was a simple four-room house, although the three-sided layout around a courtyard was already realised by 1854, when Ryan purchased the remainder of his pre-emptive right. The verandah, which originally encompassed the whole house, is now mostly built in, leaving only the verandah to the west garden exposed. Corrugated iron now covers the original shingle covered hipped roof. The shingles are still partly visible beneath the verandah roof.

A substantial brick stable building is located about one hundred metres to the east of the homestead. The plan of the shed is in the manner of a basilica, with a main two-storey nave space for buggies and storage. Subsidiary single storey side aisles are fitted out with horse stalls. The construction is of red brick, on a stone plinth, with stone quoins at ground level. The bricks are supposed to have been made on site. A bituminous dampcourse dates the building as post 1870s. George Chomley purchased the station in 1885, plus the freehold to several thousand acres of the land surrounding Killeen. The stables were probably constructed in this period, as the grandiose design would have been appropriate for a large sheep station.

The distinctive gable ends of the stables are in the Flemish manner and the lines of the parapeted gables to the side aisles mimic the curve of the horse stalls inside. Small semi-circular brick holes link the aisles to the main space of the building. These provided access to the horse stalls for the feed that was dropped from the loft via hessian shutes located against the walls.

Landscaping and gardens surround the homestead on all four sides. A formal avenue of twenty-six Italian Cypress trees (Cupressus sempervirens) leads from the old homestead drive to the house. This avenue was probably planted in the 1930s. The avenue of pines along the old homestead drive comprises pairs of Monterey Pines (Pinus radiata) and Canary Island Pines (Pinus canariensis). At the southern end of the avenue is a very large Chinaberry (Melia azederach), which may be the largest in Victoria. The earliest planting, including the three Irish Strawberry trees (Arbutus unedo), the large Wisteria (Wisteria sinensis) and the pines along the old homestead drive, probably date from the 1880s.

How is it significant?
Killeen Homestead is of architectural, historical and aesthetic significance to the State of Victoria.

Why is it significant?
Killeen Homestead is architecturally significant as a very rare and early example of a house of pise construction. Few comparable examples survive in Victoria; the most notable is Exford Homestead built on the banks of the Werribee River in the 1840s.

The stable building is architecturally significant as a highly unusual and distinctive pastoral outbuilding. The building has a degree of architectural pretension not normally associated with rural stables, especially in the context of the vernacular and unpretentious Killeen homestead.

Killeen Homestead is historically significant as evidence of land settlement in rural Victoria before 1850. The house is unusual as evidence of a substantial improvement carried out by a squatter before the pre-emptive right was secured. The outbuildings demonstrate the later improvements carried out by squatters as part of their purchase of freehold land. The stables and shearing shed shows the evolution of the run, which was originally a cattle station but later became a large and important sheep station in the district.

Killeen Homestead is aesthetically significant for its landscape and garden plantings. The area of primary importance in the garden is the rectangular enclosure around the homestead and the dense perimeter planting of laurustinus, privet, roses, lilac, olive, a large Chinese Wisteria and three Irish Strawberry trees. One of the Irish Strawberry trees is an atypical example having grown to form a single trunk. It is the largest recorded in Victoria. The avenue of Italian Cypress at the front of the house is an impressive landscape feature and a planting of this scale is uncommon in Victoria.