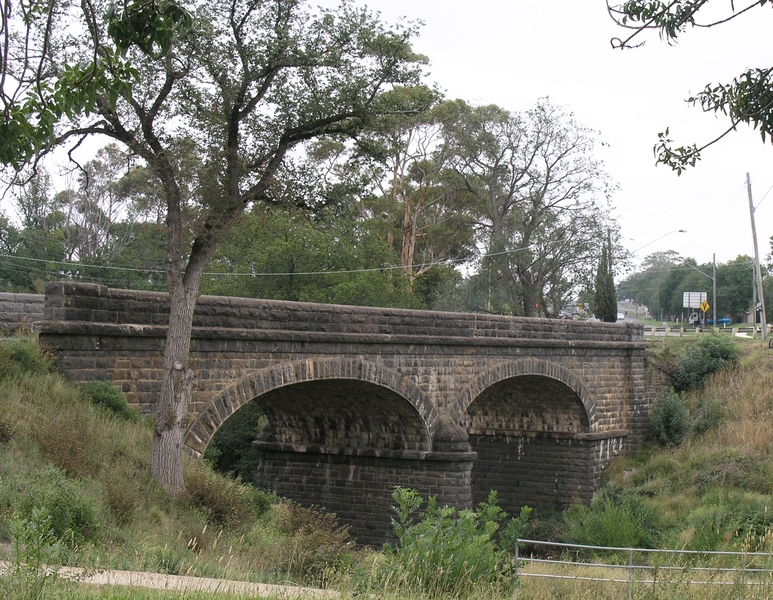 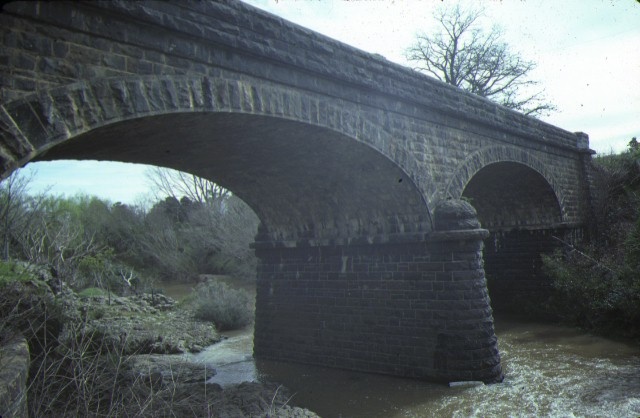 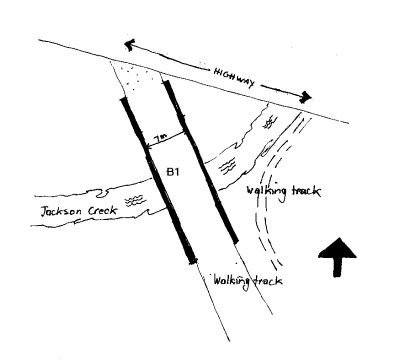 The Bluestone Road Bridge over Jacksons Creek is a double arched bridge with adjoining abutments, constructed of blue stone with Flemish bond block work and ruled joints. The two span bridge has elliptical shaped arches both measuring 13.4 metres. The bridge was opened in 1870 and replaced an 1857 bridge. The bridge has two integral blue stone parapets and end walls; the piers are topped with rounded basalt capping stones. One of the piers rises from a basalt outcrop which is visible near the riverbank. The juxtaposition of the building material in its natural form against the carved and worked dimension stone of the base of the bridge is aesthetically pleasing.

The Bluestone Road Bridge over Jacksons Creek is of architectural and historical significance to the State of Victoria.

The Bridge over the Jacksons Creek is of historical significance for its association with the goldrush era in Victoria's history. Road construction was accelerated following the economic boom of the gold rushes in Victoria and the Jacksons Creek Bridge was constructed in direct response to this, replacing an earlier timber bridge. The replacement of bridges was not uncommon in the early years of Victoria's cultural history and it is not unusual to find that bridges were replaced two or three times in one location as bridge construction techniques improved and an increase in traffic necessitated upgrades. The bridge over Jacksons Creek assists in a greater understanding of the development and impact of 19th century gold mining activities in the State and the resultant need for transport systems.