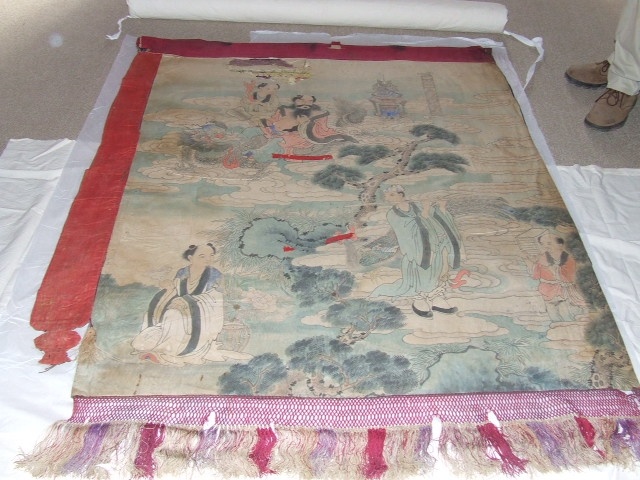 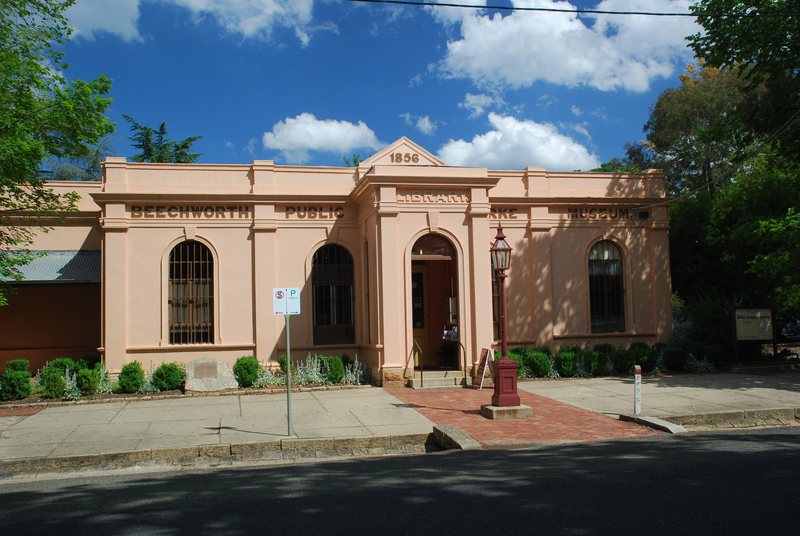 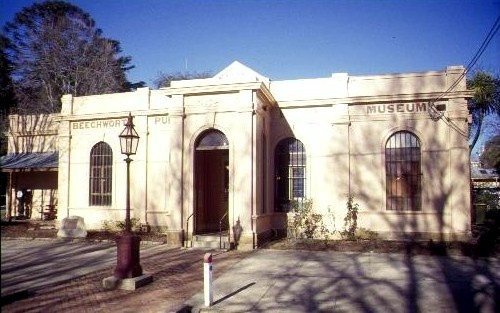 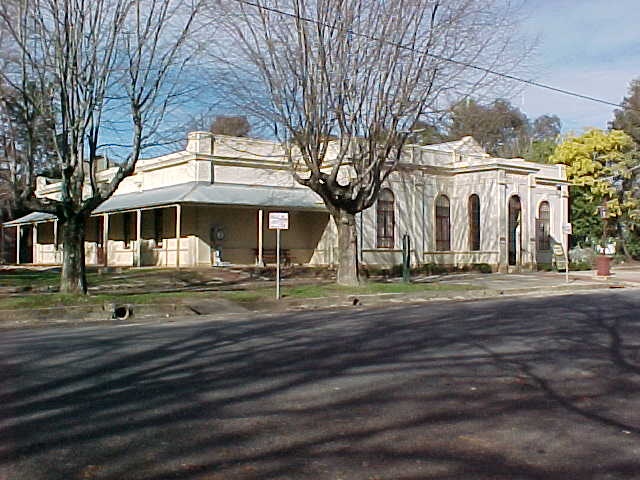 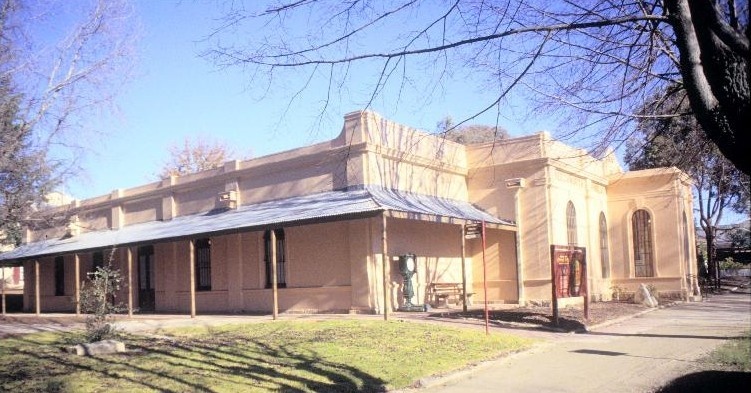 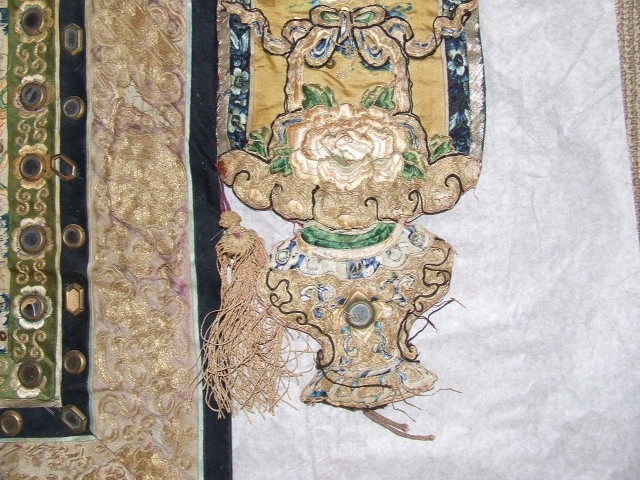 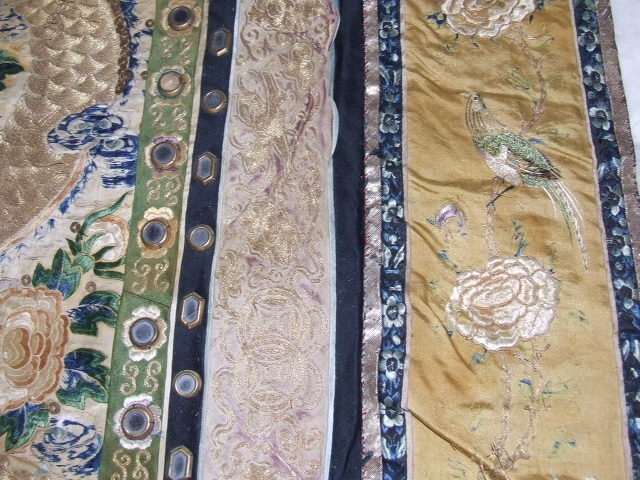 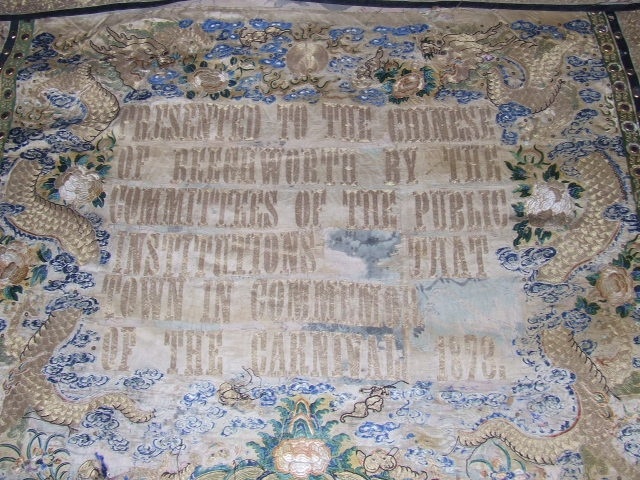 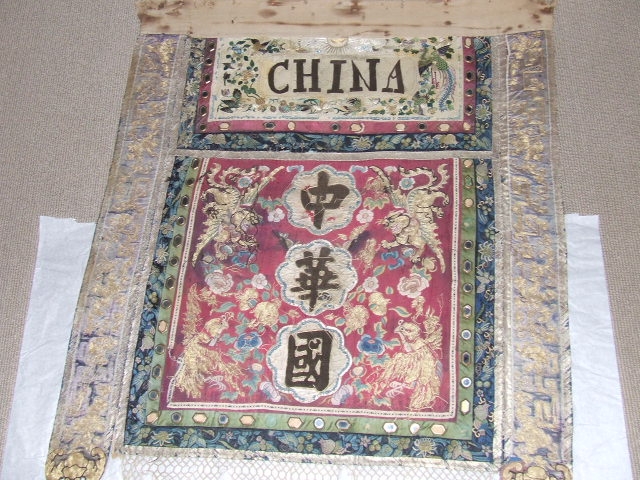 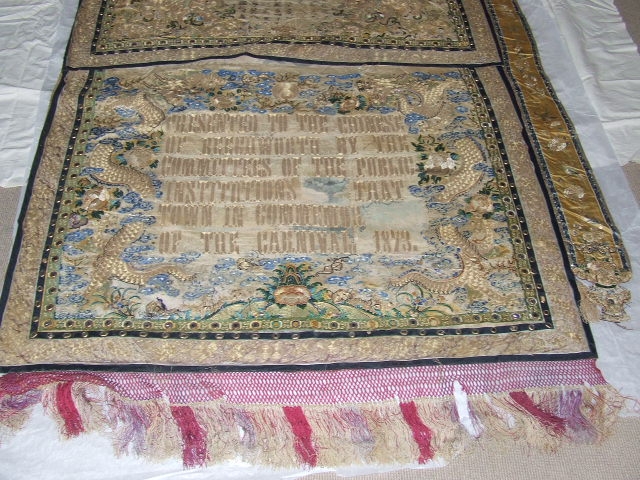 What is significant?
The first section of the Burke Museum was constructed in Loch Street, Beechworth in 1857 by the Young Men's Association, which had been formed the previous year with the aim of promoting study to improve the minds of its largely Wesleyan members. The hall, containing a lecture and reading room, became the Beechworth Athenaeum the following year. In 1860, financial difficulties resulted in the purchasing of the hall by the municipal council and its subsequent use as a public library.

Gold was discovered at Beechworth in 1852 and the following year it was declared a town. In 1853 the initial survey of the town was undertaken and the grid arrangement of streets in the town centre was laid out. The gold rush peaked in Beechworth in 1857 and this resulted in the construction of many buildings, such as the hall for the Young Men's Association, in the late 1850s. Due to its position on the main overland route between Melbourne and Sydney, Beechworth became an administrative and legal centre for the north-east region of Victoria and it became a municipality in 1863.

Robert O?Hara Burke, the police superintendent at Beechworth from 1854 to 1858, died in 1861, while on the Burke and Wills expedition from Melbourne to northern Australia. A decision was made by the residents of Beechworth to build a memorial to him and this resulted in the extension of the existing library building in 1863. This became known as the O?Hara Burke Memorial Museum. In 1874 a memorial stained glass window by the Melbourne firm, Ferguson and Urie, was installed in the rear wall of the building.

In 1868 the museum purchased an aboriginal collection of 96 artifacts, assembled by Reynell Eveleigh Johns, who was a major collector of both native and foreign material in the late nineteenth century. In the 1880s an acquaintance of his, Robert Hurlock Jenkyns, became curator of the Burke Museum and donations from Johns continued. Such donations and shrewd purchasing through the 1880s and 1890s resulted in a museum collection that gained a reputation as one of the best outside Melbourne. This includes rare books and manuscripts that formed part of the original library collection.

Extensive verandahed additions, designed by Perrot Lyon Timlock Kesa, were made to the west, south and north of the museum building in the 1970s, largely engulfing the nineteenth century building. Despite this, the main facade and the interior of the original building, remain largely intact.

How is it significant?
The Burke Museum, Beechworth is of historical and architectural significance to the State of Victoria.

Why is it significant?
The Burke Museum is of historical significance as an important provincial museum which gained a fine reputation after its establishment in the nineteenth century. Despite some temporary closures, the museum has continued to operate and remains as one of the most important regional museums in Victoria. The building, first as a library and later as a museum, is testimony to the cultural aspirations of the early citizens of Beechworth. It is also of historical significance for its Aboriginal collection, which remains as one of the finest collections of South Eastern Australian aboriginal artefacts in Australia.

The Burke Museum is of historical significance due to its association with the gold rush period and the subsequent development of the colony. It is illustrative of the substantial civic development that took place in the town after the peak of the gold rush and after Beechworth had emerged as the administrative centre of the north east of Victoria. Cultural institutions, such as athenaeums and mechanics institutes, were particularly prevalent during the 1860s and the increase in their construction corresponded with the consolidation of towns founded on Victorian goldfields.

The Burke Museum is of architectural significance as an example of an intact conservative classical building, first designed as a hall, and then adapted for use as a library and then a museum. This classical character is evident in both the Loch Street facade and the interior spaces, and this reinforces the nineteenth century character of the museum. Such features as distinctive exposed roof framing, ruled ashlar walls, stained glass window, fireplaces and mantelpieces and timber display cases have been retained internally.