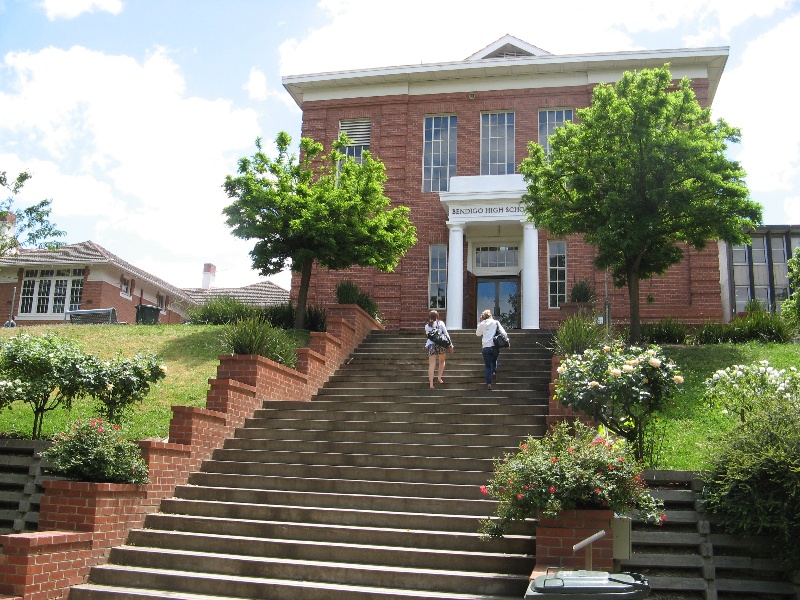 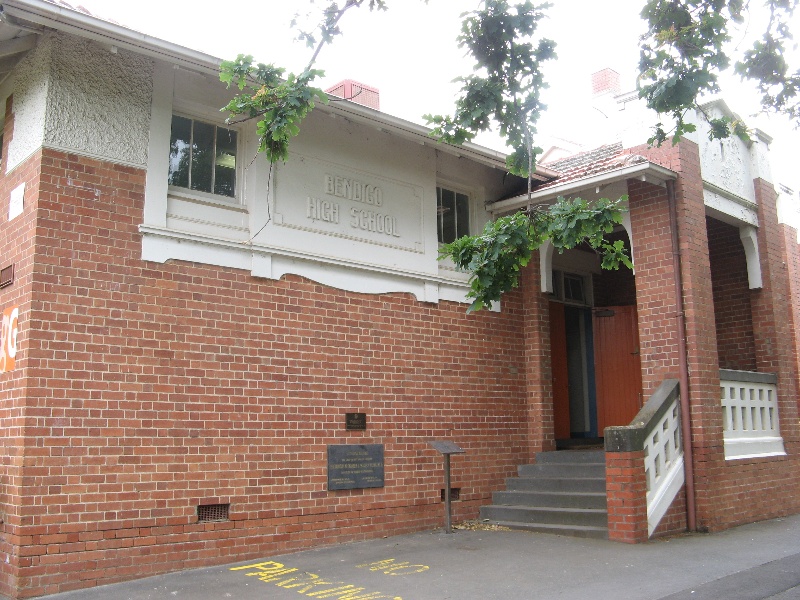 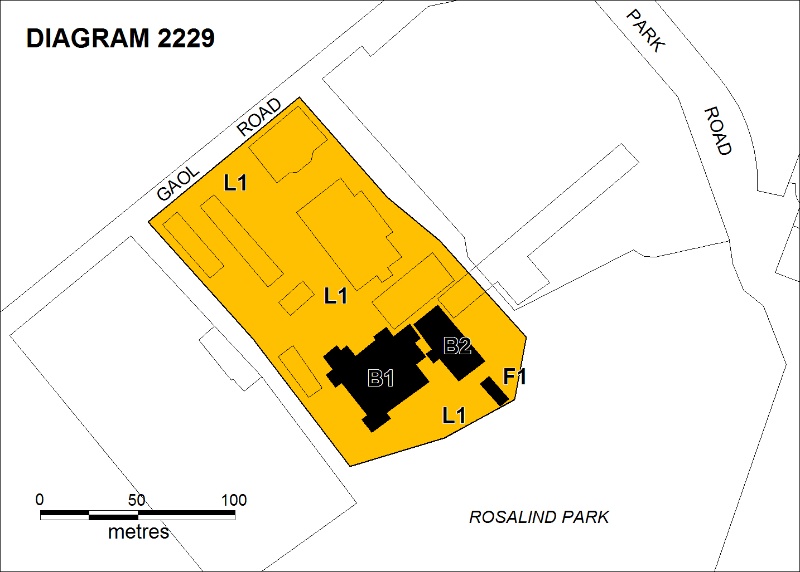 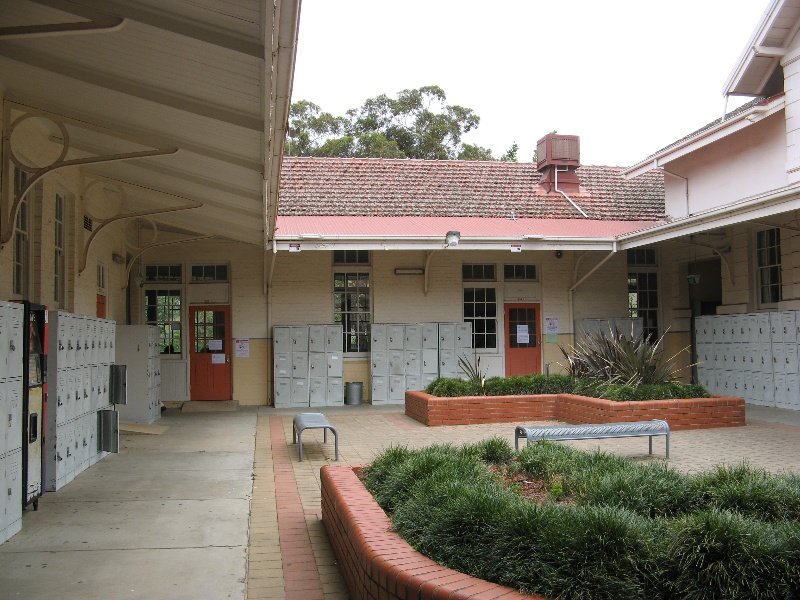 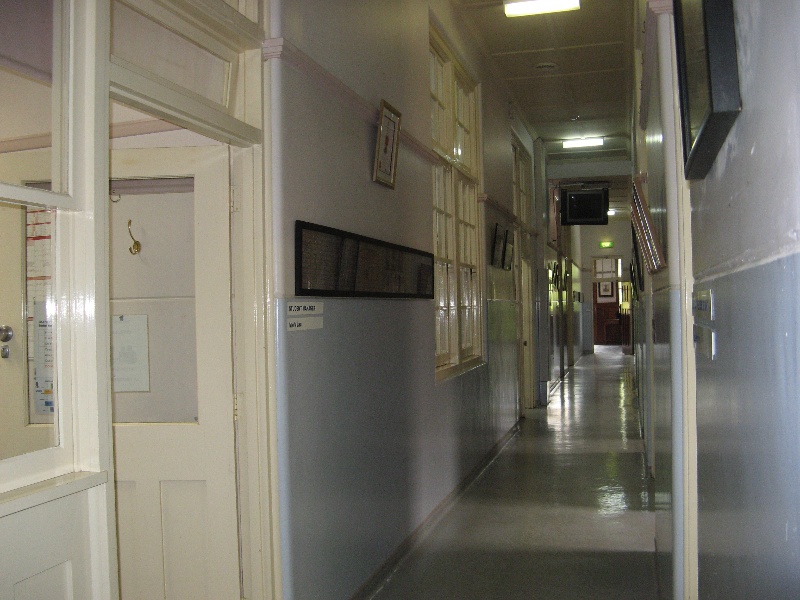 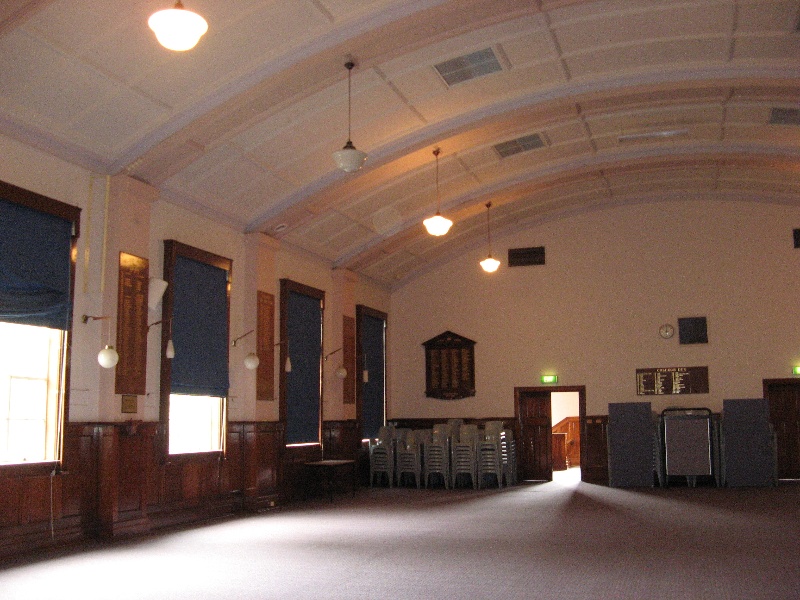 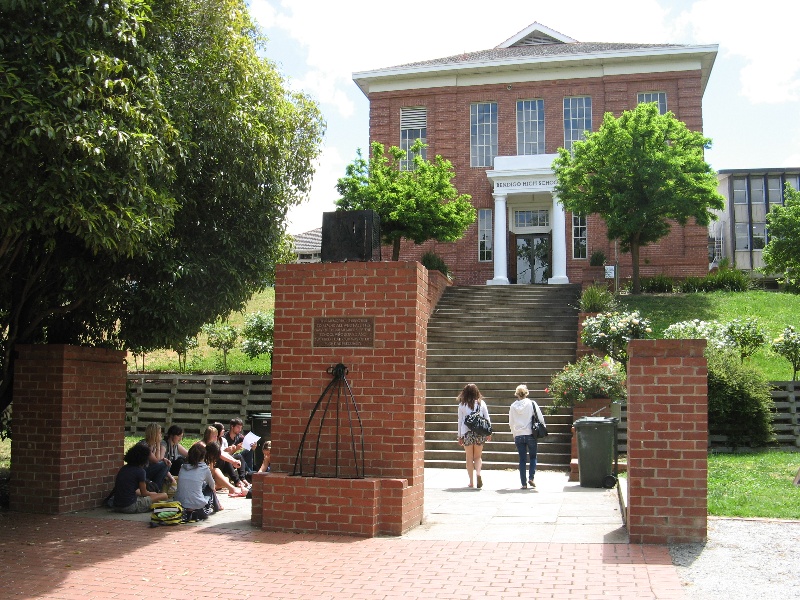 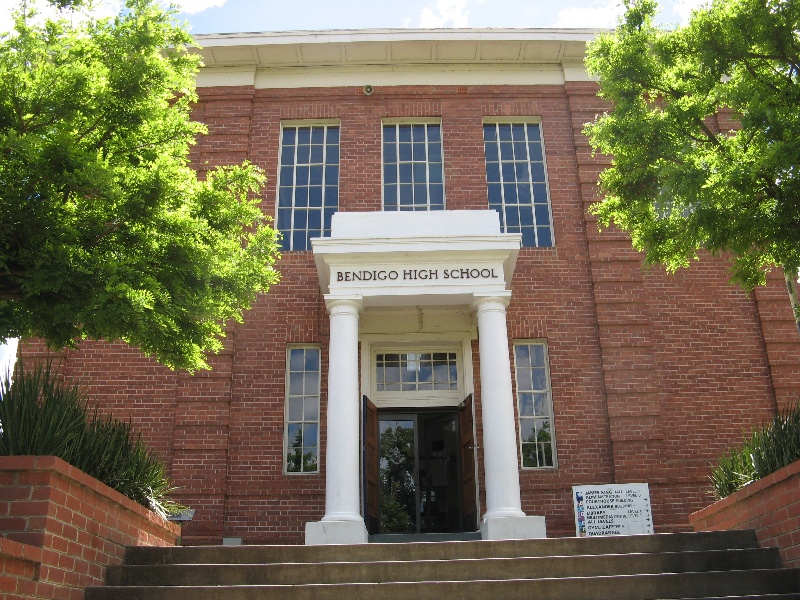 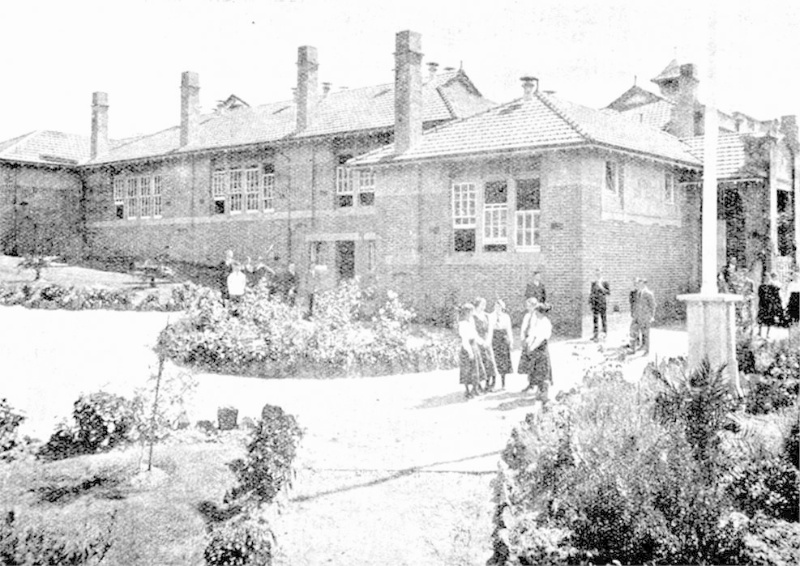 Bendigo Senior Secondary College, the former Bendigo High School, was established in 1907 as the Bendigo Continuation School, one of the first state secondary schools in Victoria, and became a District High School in 1912. It was built on part of the site of the former Government Camp, established in the 1850s to impose law and order on the goldfields. Classes were held at first in the adjacent Camp Hill State School and the Court House, but a new purpose-built school building designed by the Public Works Department under the Chief Architect, G W Watson, was built in 1913-4 at a cost of £7085, with an additional £753 for furnishings. The two rooms of an earlier school on the site, the 1870s Sandhurst Corporate High School, were incorporated into the new building. A second building, designed under the then Chief Architect E Evan Smith and later named the James King Hall after the foundation headmaster, containing classrooms and a hall used for assemblies, exams and social events, was constructed nearby in 1929-30. The Memorial Gates and Steps were built in 1956-7 to commemorate former members of the school who had served in the armed forces. In 1976 the school became Victoria's first senior high school, which since 1990 has been known as the Bendigo Senior Secondary College. Honour Boards in the Hall, which were unveiled in 1919 and 1920, commemorate former students who fought in the First World War, and the Memorial Gates and Steps were constructed in 1956-7.

The former Bendigo High School consists of a number of buildings set on Camp Hill overlooking Rosalind Park. The oldest school building is a single-storey red brick Queen Anne Style building with a red tiled hipped roof. Bands of roughcast are used as decoration under the eaves and on chimneys and parapets. Lettering is used on the exterior stucco elements: for the name of the school near the front entrance; to signify the separate boys' and girls' entrances; and the date 1913 appears on a south gable. The ten classrooms and several smaller rooms are arranged around a quadrangle, which was used as an open-air assembly area. The original room layouts have been retained, as well as original features such as parquet floors, doors and windows, fireplaces and timber-lined coved ceilings. The James King Hall is a two-storey red brick Inter-war Classical style building, with a white painted Tuscan style entrance porch. The timber panelled entrance foyer leads on the ground floor to a central corridor with offices and classrooms opening off each side, and a stairway leads to the first floor where there is a large assembly hall. This has a vaulted ceiling, a stage at one end, and there are a number of Honour Boards on the walls. Other buildings on the site are the 1965-7 Alexander Wing, the 1977 Commonwealth Science Buildings, extended in 1996 to house the library, and the 1994 Arts/Science/Technology Building.

Bendigo Senior Secondary College is of historical, architectural and archaeological significance to the state of Victoria.

Bendigo Senior Secondary College, established in 1907 as Bendigo Continuation School, is of historical significance as one of the first state secondary schools established in Victoria. The first state secondary school was the Melbourne Continuation School (1905, now demolished) and in 1907 new secondary schools were established in four country towns: Bendigo, Ballarat, Sale and Warrnambool. Only the Ballarat and Bendigo Schools still operate on their original sites. The War Memorial Gates and Steps are of historical significance as an unusual example of the more utilitarian war memorials that were built in Victoria after World War II.

Bendigo Senior Secondary College is of architectural significance for its early school buildings. The 1913-4 building is the second oldest purpose-built country high school (after Ballarat High School, built in 1910) in Victoria, and is a fine and intact example of the state secondary schools built in Victoria in the early twentieth century. It demonstrates the typical form adopted for school buildings at this time, which were generally single-storey, spreading Queen Anne style buildings with complex interpenetrating roof forms. The 1930 building is a fine example of the school forms of the late 1920s and early 1930s, when classicism replaced the Queen Anne and Tuscan frontispieces were popular.

The Bendigo Senior Secondary School is of archaeological significance for its potential to contain artefacts and deposits associated with the occupation and use as the former Government Camp Precinct during the gold rush in the mid-1800s. It is likely that some archaeological remains and deposits directly associated with the Government Camp buildings exist on the site, including building remains, cess pits and rubbish dumps.