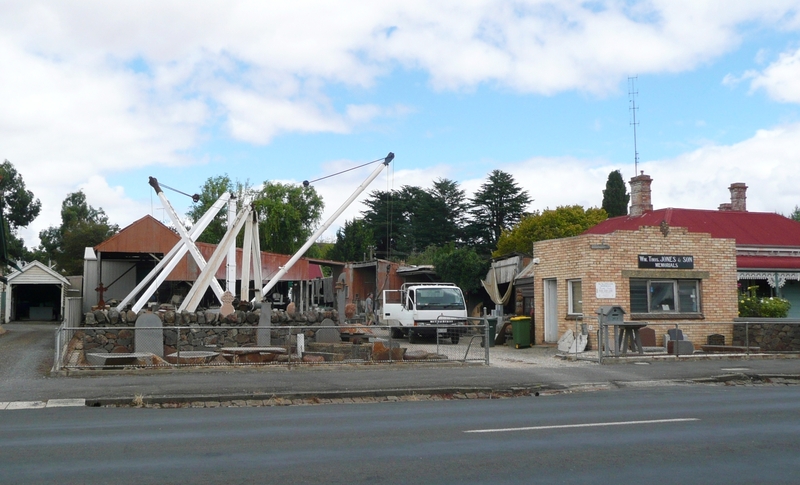 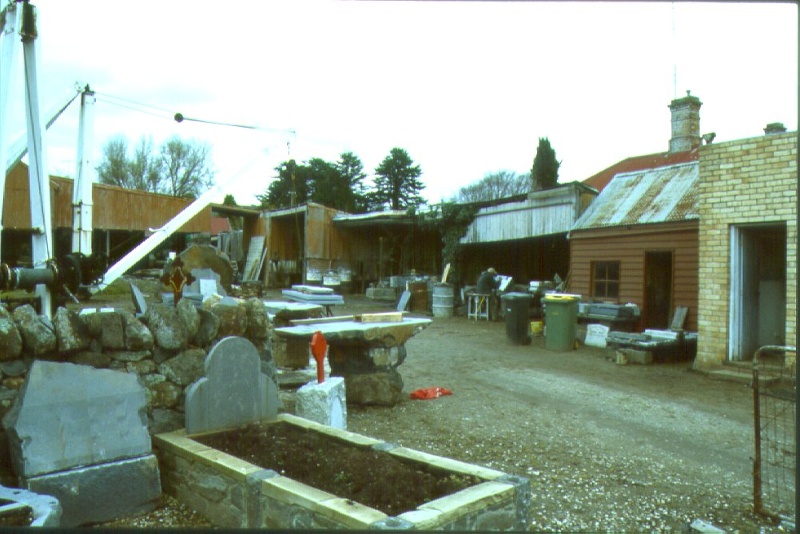 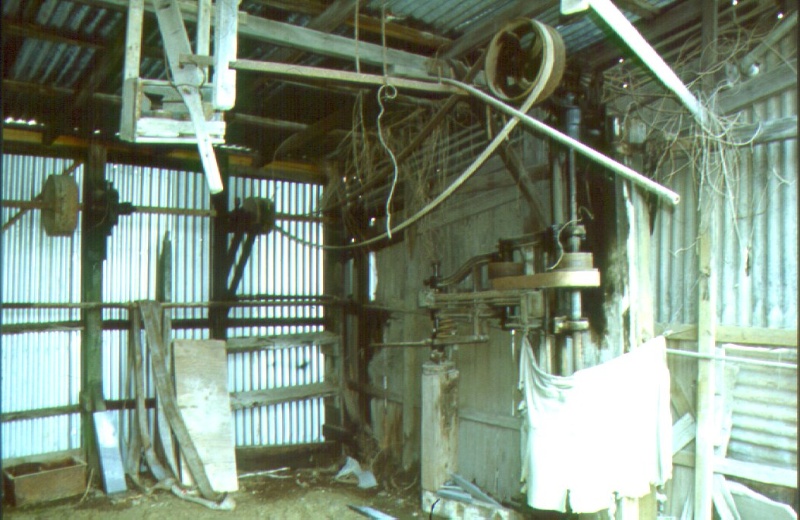 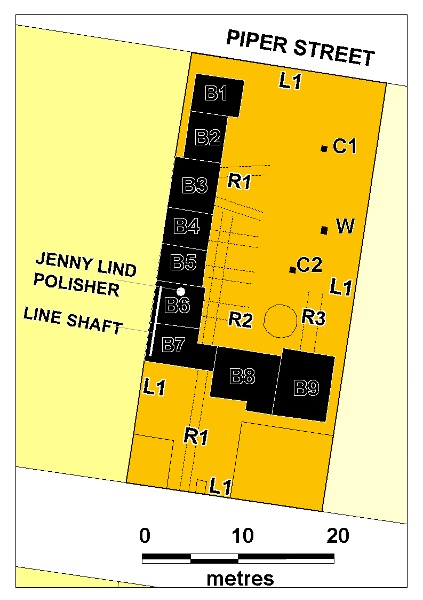 What is significant?
The Stonemasons Yard is situated in Piper Street within the township of Kyneton. Kyneton and the surrounding district has a rich array of stone buildings and stone rail infrastructure. The WT Jones stonemasons yard was originally established in Malmsbury and a second yard was established in Kyneton in the 1890's. During this time there was an abundance of loose bluestone and numerous small quarries established in the district, some of which supplied the masons yard with the local stone. An advertisement for the business dates back to 1898 and states: 'WT Jones Monumental and General Mason, Piper Street Kyneton and Mollison Street, Malmsbury'. The yard is currently operating under the same name of WT Jones and Sons Memorials.

The building layout consists of an L-shaped configuration of office buildings, engraving area, sandblasting, bush hammer area, polishers shed, sawing and drilling area, early gang saw shed and engine room. The operations are mainly outdoors, or under the cover of open sheds which all face a central open yard. The Jenny Lind Polisher which dates 1893 from Scotland is still in use. A network of trolley lines throughout the site indicate the working layout of the yard. The gang saw shed retains an A-frame timber structure that was used to support two gang saws which no longer remain on site. Gang saw blades, rails for the gang saw trolley and related winch, and a deposit of steel shot waste all give further indication of the importance of gang saw operation in earlier phases of operations on the site.

The two cranes, known as 'Stiff Legged Dykes' were manufactured in Melbourne and are used for lifting and moving larger stones. The larger crane dates from c1897, marked HW Mould Clyde Forge, South Melbourne. The smaller crane was purchased in 1942 from W Ferris, Monumental Mason who was located in Fitzroy and is marked Drysdale & Fraser Melbourne. Both of these cranes are visually prominent on the site and have been located to facilitate movement of heavy materials on and off and transport between the processing areas. The processing areas within the sheds are set out to follow a linear sequence of stone preparation from raw material to finished monumental product. The L-shaped configuration of buildings facilitates movement of the stones by the cranes. Office buildings are closest to the street and most of the stone is stored in the open yard central to the L-shaped building layout.

How is it significant?
The Stonemasons Yard, Kyneton is historically and technologically significant to the State of Victoria.

Why is it significant?
The Stonemasons Yard, Kyneton is historically significant as a representative example of a working monumental mason's yard. This yard exhibits many of the features of a typical working monumental masons operation where the basic processes have changed little since the late 19th century. It demonstrates a continuation of local stone working methods and practices since its inception in the 1890's.

The Stonemasons Yard, is of technological (scientific) significance as it demonstrates the typical processes of monumental stone working and the changing technologies instrumental in these processes. The site layout is clearly determined by the monumental masons work processes. Early technologies included the use of cranes and rail trolleys for the transport and movement of stone, the use of line shafting to drive the Jenny Lind polishing machine. The gradual adoption of new technologies is demonstrated by the removal of the gang saws and by the more recent use of diamond sawing and drilling machines.