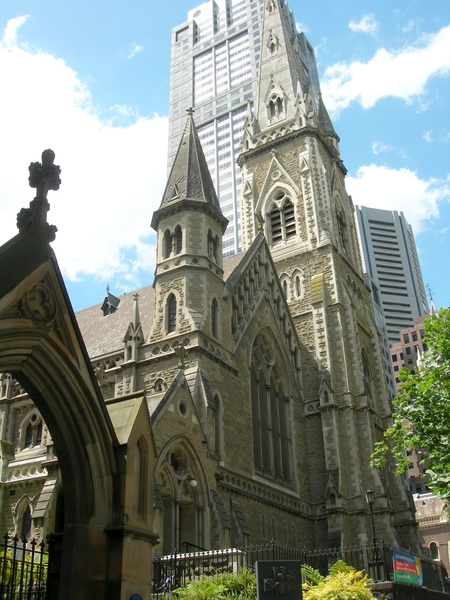 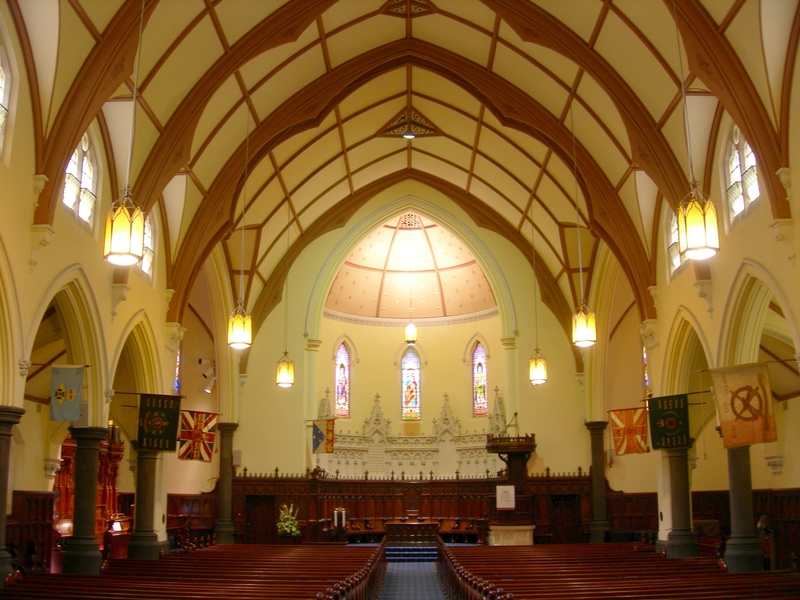 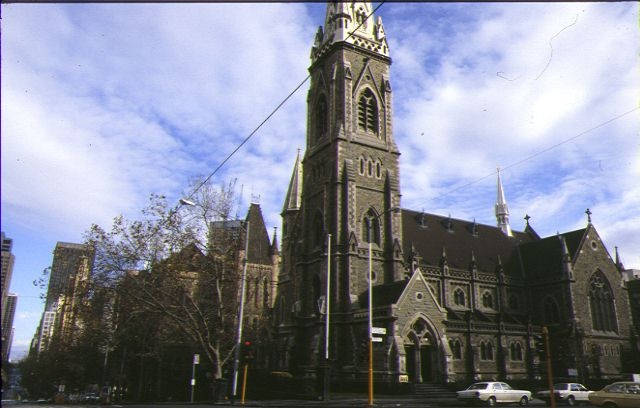 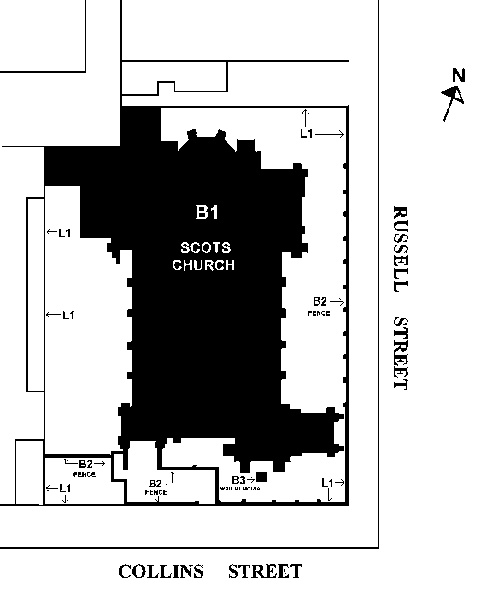 What is significant?
The Rev. James Forbes who arrived from Scotland to minister in the colony held his first service on 3 February, 1838. Rev. Forbes' first church was a temporary wooden building at the west end of Collins Street whilst the congregation applied for an official grant of land. Two acres on the present site were obtained in 1839 and a school was subsequently built. This school also served as a church on Sundays until a proper church building, seating five hundred was built in January 1841. The present Scots church erected to the designs by Reed and Barnes replaced this building on the site. The foundation stone was laid on 1 April, 1873, and the building opened 29 November 1874. David Mitchell, who was the father of the famous Australian soprano-Dame Nellie Melba, at one stage, a chorister in the Choir, built the church. Scots Church is built in the Gothic Revival style. Bluestone was used for the foundations, Barrabool Hills Freestone from Geelong for the superstructure and cream-coloured Kakanui Stone from New Zealand for the dressings. Features of the interior include the basalt aisle columns, rich timber fittings, stained glass windows and carved organ casework. In the last century, the apse was dominated by a stone pulpit and reredos erected as a memorial to Rev. Irving Hetherington (Minister: 1847-1875) and his assistant Rev. Peter Menzies (Minister: 1868-1874). It was Rev. Menzies in particular who played a major part in the design of this church and in the encouragement of the music in the services. In 1928 the pulpit and the lower part of the apse were altered and the current design adopted. Since then, in progressive stages, the original Tasmanian Blackwood panelling has been extended to surround the entire nave, and in the late 1930s the current vestries were added. Following a severe storm in 1963, the top of the spire had been extensively damaged by lightening and lowered by 40 feet. However, in 1989 the exterior stonework was restored, and the spire rebuilt to its original height, regaining its traditionally important position in the Melbourne skyline.

How is it significant?
Scots Church is of social, historical, aesthetic and architectural significance to the State of Victoria.

Why is it significant?
Scots Church is of social and historical significance as a focal point for the Presbyterian Church in Victoria and as the site of the original Scots church constructed in 1841. The church is associated with notable churchmen, particularly the Rev. James Forbes who held his first service on 3 February 1838. Scots church is important for its association with David Mitchell who constructed the church, was a prominent Melbourne builder, and whose daughter (later Dame Nellie Melba) sang in the choir.

Scots Church is of aesthetic and architectural significance for its prominent siting and importance in the Melbourne townscape. The church is a fine example of Gothic Revival architecture of the decorated mode, which is unusual amongst Presbyterian Church buildings. The Church is an important design of the prolific Melbourne architects Reed and Barnes who operated as a partnership between 1862 and 1883. Scots Church is important for its elaborate and diverse range of stained glass windows throughout the church. Of particular note are those by Ferguson & Urie; Vanderpoorten of Brussels and F.X. Zettler of Munic. The carved cedar casework around the organ is important as part of the original church design of Reed and Barnes. It survives as the original portion of MelbourneÆs largest church organ at the time of its construction in 1874.