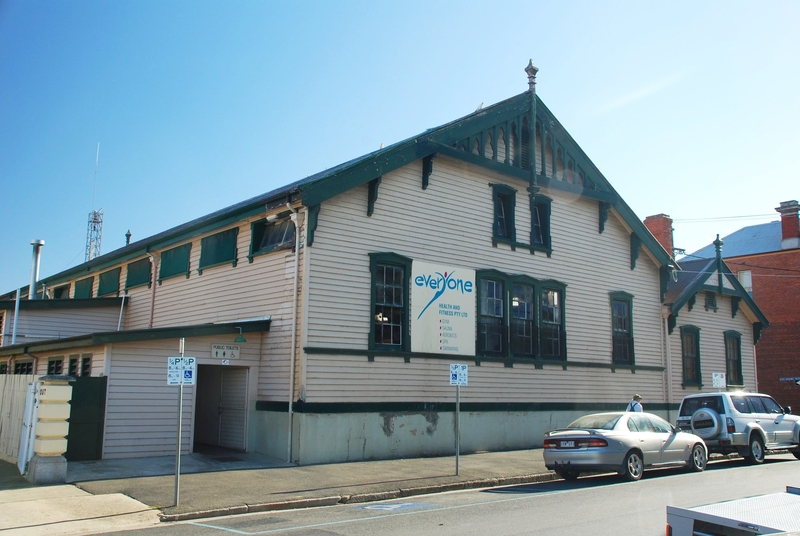 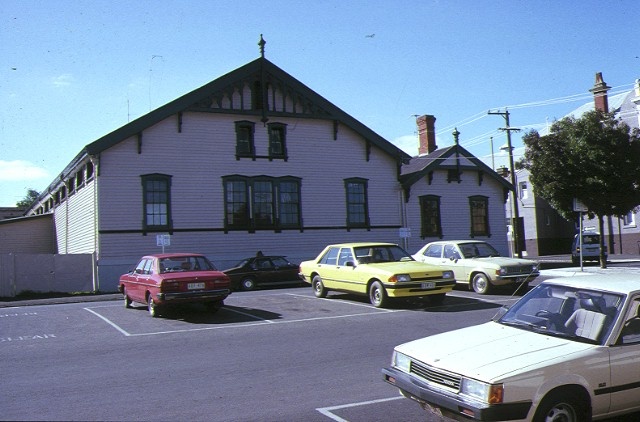 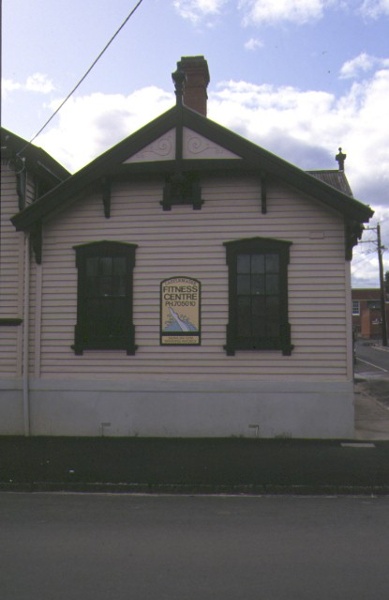 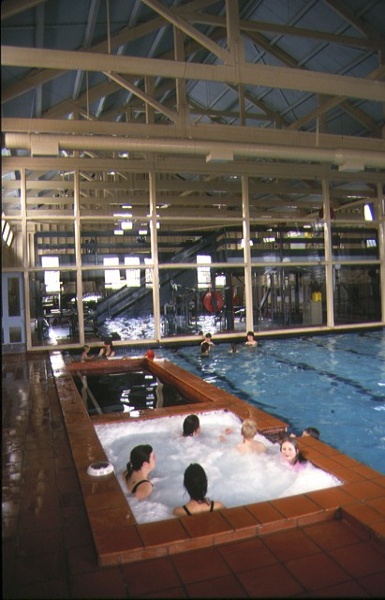 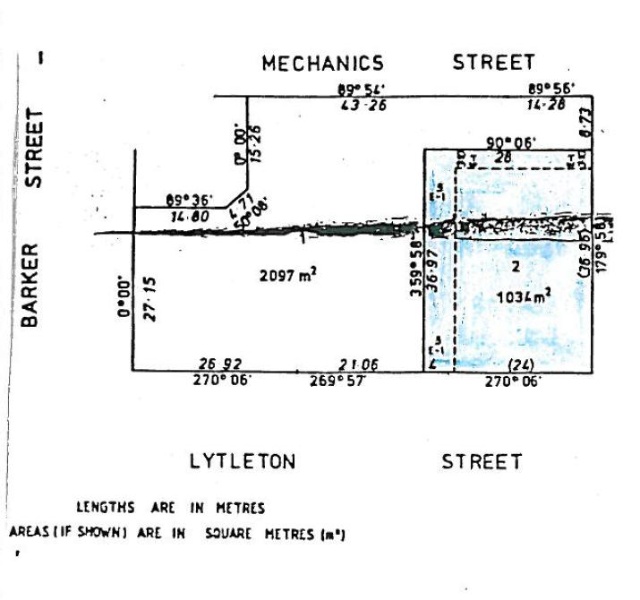 What is significant?
The Castlemaine Orderly Room was constructed in Lyttleton Street in 1888-9 after a decision was made to demolish the existing orderly room. In 1863 a site within the Public Purposes Reserve was gazetted for the use of the Castlemaine Rifle Corps, and in 1872 a brick orderly room was built. There was much opposition sixteen years later when it was decided to replace this substantial building with a larger, timber orderly hall, designed by the Public Works Department architect, S. E. Bindley, the architect in charge of the north-western district.

Castlemaine was first surveyed in 1852, after gold had been discovered in the region the year before. It grew rapidly as an administrative and service centre for the rich goldfields and many large buildings had been built in the town before it lost its supremacy in the 1870s as the region?s leading town. Deep lead mining resulted in enormous growth and prosperity in nearby Bendigo and Ballarat, however a solid economic and social base had been established in Castlemaine and this ensured its continuation as a sizable town, with a number of buildings replaced by more substantial edifices in the 1880s and 1890s.

The first rifle corps was formed in Victoria as a result of the Volunteer Corps Act of 1854 and the first Castlemaine Rifle Corps was formed in 1860. By 1870 the volunteer movement was an entrenched institution in Victoria, however the popularity of the movement waned from this time and by 1880 the system was considered unsatisfactory. This resulted in the disbandment of the volunteers in 1884 and the new militia system adopted required more extensive and complex facilities. The government took over the ownership and management of existing orderly rooms at this time and consequently became responsible for their construction. As a result, an extensive programme of new building, additions, alterations and maintenance of buildings began in 1884-5. In the next six years, fifteen orderly rooms were completed to designs by the Public Works Department, including the Castlemaine Orderly Room. Although re-modelling of the existing brick building was initially considered, a decision was made to demolish it and construct a new timber building.

The Castlemaine Orderly Room contained a large drill hall with auxiliary offices, storerooms and library along the east side. These functions are expressed externally in the massing of the building, with a large, double height section and an adjoining single storey section, and the use of corresponding large and small gables. The resulting character is picturesque and has been described as Elizabethan Domestic in style. Overhanging gable ends, containing collar ties and finials, are supported on timber brackets. The large gable ends of the main hall section contain timber infill panels with cut out lancet-shaped forms between timber posts, producing a half-timbered effect. Those of the smaller gables contain scroll-like carved panels. Pedimented window surrounds are notched at the sides, and sills are supported on brackets. Internally, the main hall contains exposed timber trusses and the floor was originally asphalted.

A skillion section was added to the western side of the building in 1915 to provide more office and storage space, and a further addition was made to this in 1939. No other major alterations have occurred since its completion.

The orderly room was used by the army until 1969 when defence functions were transferred to Bendigo. The City of Castlemaine leased the building from this date and it was used by a number of organisations until its conversion to a swimming pool in 1990.

How is it significant?
The Castlemaine Orderly Room is of historical and architectural significance to the State of Victoria.

Why is it significant?
The Castlemaine Orderly Room is of historical significance due to its association with the colonial militia in country Victoria. It is illustrative of the intense period of building which occurred after the re-organisation of the defence forces in 1884.

It is of historical significance within the nineteenth century streetscape of Lyttleton Street, the civic administration centre of what was once one of the larger gold towns. Together with the Post Office (1875-6), Town Hall (1898), School of Mines and Industry (1889-90) and the Court House (1877-8), the Orderly Room forms an intact and coherent streetscape, the latter attained by a consistency of scale and setback. The prominent siting of the orderly room reflects the importance of militarism in the nineteenth century.

The Castlemaine Orderly Room is of architectural significance as an intact and rare example of a large nineteenth century timber building. It is one of a number of timber orderly rooms designed by the Public Works Department architect, S. E. Bindley, which generally adopted similar forms and detailing. It is illustrative of the picturesque style which is evident in all of Bindley?s orderly room designs, however the detail of the decorative gable ends is unique. It is one of a small number of these orderly rooms that remain intact.
[Online Data Upgrade Project 2004]