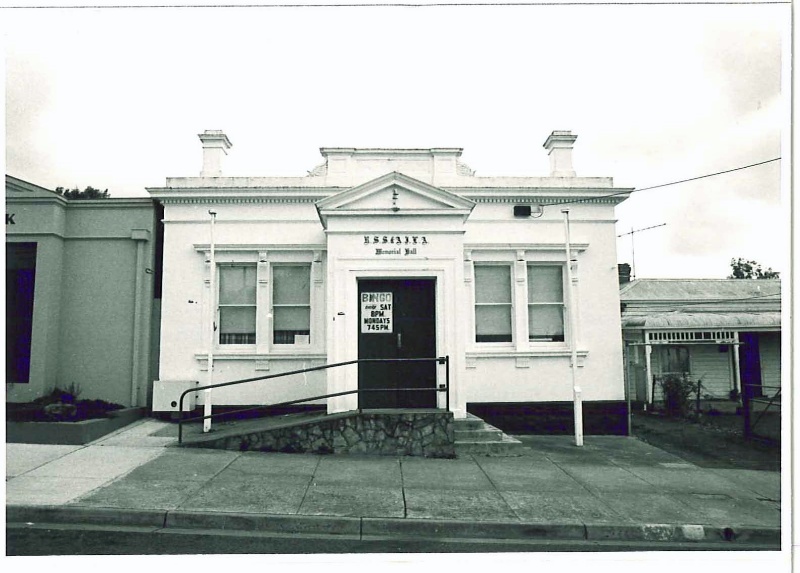 SIGNIFICANCE: Important for its associations with the friendly societies, returned servicemen and for its architecture. Relates to Hamilton Club and Mechanics Institute nearby and the Masonic Temple in Lonsdale Street both architecturally and socially.


Built on land originally sold by the Crown to J Mooney in 1854, the hall appears to date from the late 1880s when the various friendly societies were consolidating their position in the community. It is of local significance for its historical associations both with the Manchester Unity and the Independent Order of Oddfellows and with the RSS & AILA after the Second World War. The Renaissance Revival style of architecture is a conventional choice for such a building and represents the respectable position friendly societies held in the community, providing social security in the form of health and funeral benefits, emergency welfare and life assurance. It was essentially a middle and working class movement and provided a sense of belonging. That function, in a sense, has continued with the RSS & AILA.


The hall relates to Hamilton Club and Mechanics Institute nearby and the Masonic Temple in Lonsdale Street both architecturally and socially. There is a possibility that the facade post dates the construction of the hall and that Frank Hammond was the architect. The building is substantially intact and in good condition. It is an important contributor to the streetscape.