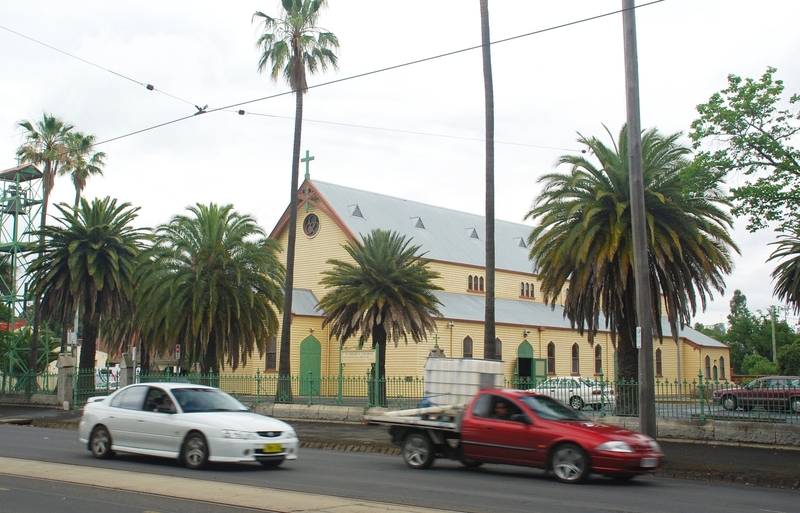 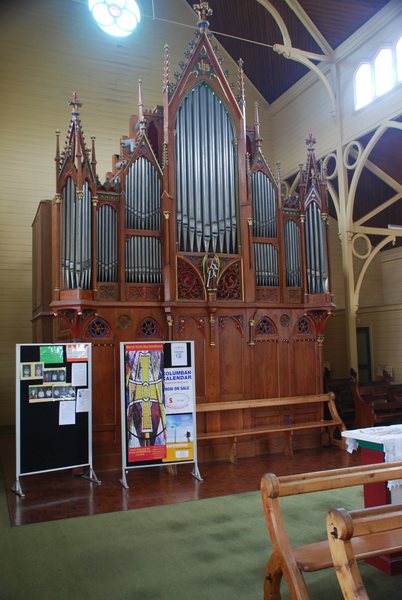 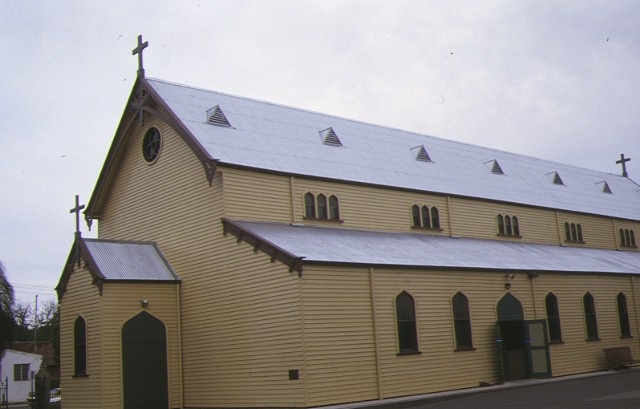 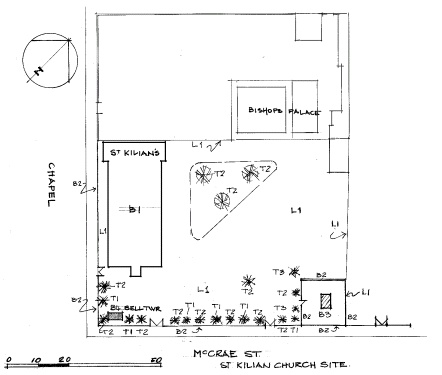 Within months of gold being discovered in Bendigo in 1851, the Rev Father Dr
Henry Backhaus (1811-1882) arrived on the diggings and celebrated the first
mass. For over a year he conducted services in a tent, before a bark and slab
chapel was built for him by the diggers. The first St Kilian's church was
constructed in 1857. A sandstone structure of Gothic design, it served the
congregation until it was replaced by the present St Kilian's church in 1888
thus perpetuating continuing use by the Catholic Church. Designed by the
notable local architect W. C. Vahland (1828-1915) the Gothic timber structure
of kauri, oregon and hardwood was originally intended to serve as a temporary
pro-cathedral until such time that a cathedral could be built. The 1860
German organ and the bell and bell tower of 1869 from the former church were
accommodated at the new premises. After the opening of the Sacred Heart
Cathedral in 1901, St Kilian's became a parish church.

St Kilian's Church is of architectural, aesthetic and historic importance to
the State of Victoria.

St Kilian's Church is architecturally and aesthetically important as an intact
and unusually large timber church. Featuring a long nave with clerestory and
side aisles, the church is significant for its fine hammerbeam ceiling,
impressive series of timber arches, crafted joinery, uniformly designed
ecclesiastical furnishings including 56 curve end pews, the Backhaus stump
chair, Baptismal font, small nave table, high Altar and reredos, High Altar
side table, main altar candlestick, the timber sedilia, two side altars and
two side altar tables. These together with the superbly carved German organ
and its bench seat, make this all timber interior unique among churches in
Victoria. Other notable features include the historically important bell and
bell tower, the iron and granite fence and palms plants, which are
aesthetically important for their formal streetscape qualities. The stepped
row of Washingtonia palms alternating with shorter Canary Island palms which
border the Chapel and McCrae Street frontages and the Backhaus' gravesite is
unusual and of note.

St Kilian's Church is historically important for its association with Rev Dr
Henry Backhaus, pioneer clergyman of the Roman Catholic Church on the Bendigo
goldfields from 1852 to his death 1882. He is buried in the grounds. The
church is also historically important for its association with architect, W.C.
Vahland, and is the only known timber church of his design.