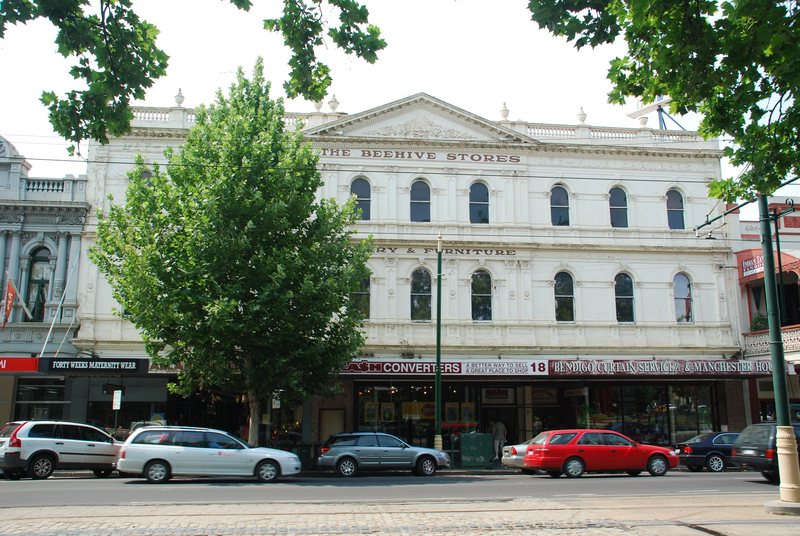 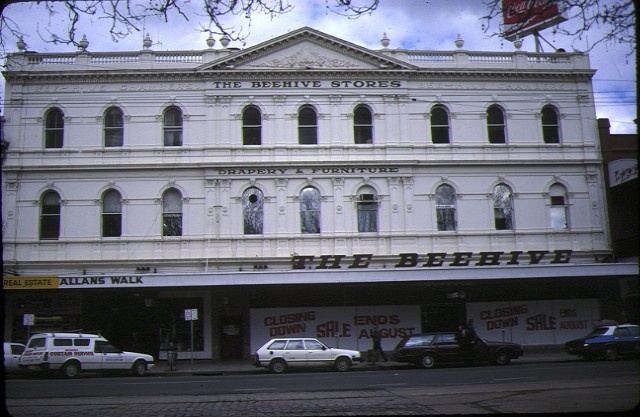 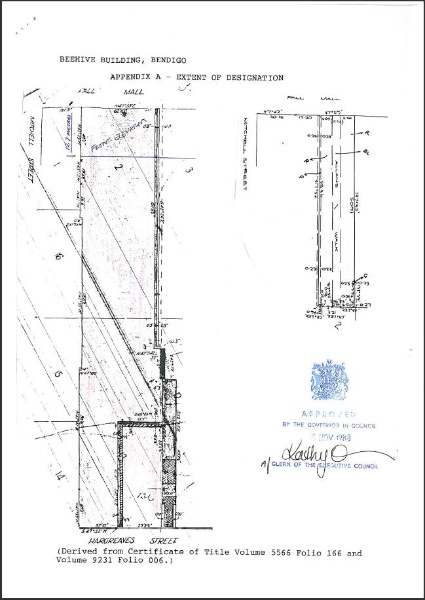 The Beehive Building and site, including the former Bendigo Mining Exchange (and what is now Allan's Walk) was built to the design of the noted architect Charles Webb.

The original Beehive Store dated from the 1850's. This was followed by a single-storey building reaching from Pall Mall to Hargreaves Street. In 1864 a two-storey building having similarity to the present structure was erected. On its first floor were the offices of share-brokers that by this stage and become an essential part of the speculative financing of mining ventures in the Bendigo district. In August 1871 at a time of hectic share trading the Beehive caught fire with extensive damage caused to the building. Within nine months the present building had been erected. Accommodation for the brokers was provided in the new building on the floor above what is now Allan's walk. Share trading occurred in the open space below and even spilled out into the street at times of intense activity. The whole formed a stylish arcade-like structure with an opening in the first floor to the skylight above. The twentieth century Allan's Walk partitioning has obscured the original Victorian period detailing (including columns) which was originally in keeping in with the Victorian period character of the first floor. The front elevation consists of a restrained classical facade with the beehive image a feature of a centrally located parapet.

The former Bendigo mining exchange (including Allan's Walk) was one of only two regional Victorian mining exchanges, and is important for its association with gold mining in the Bendigo district, one of Victoria's greatest gold mining centres in the nineteenth century.

The Beehive building and the former mining exchange are important examples of the work of the noted architect Charles Webb.

The complex is also an important component of the Pall Mall streetscape, one of the most notable Victorian period streetscapes in the State.