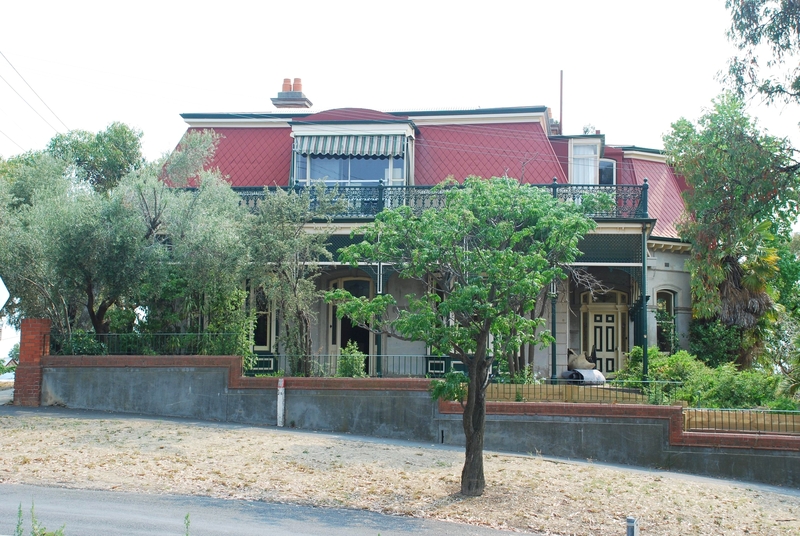 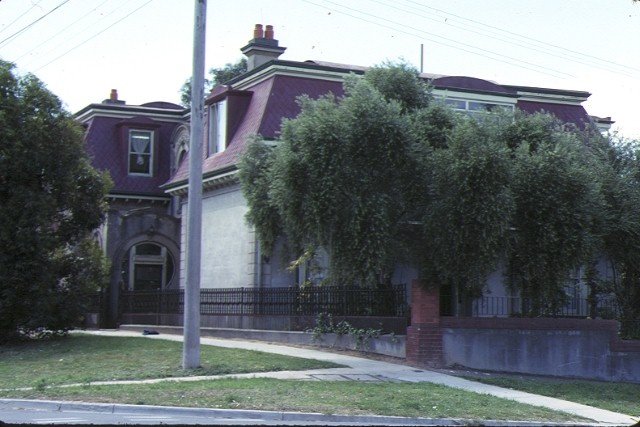 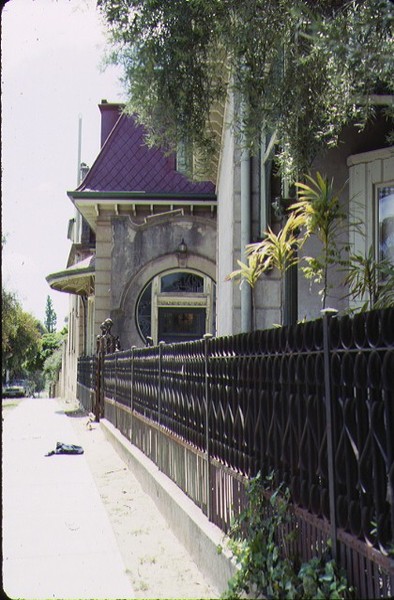 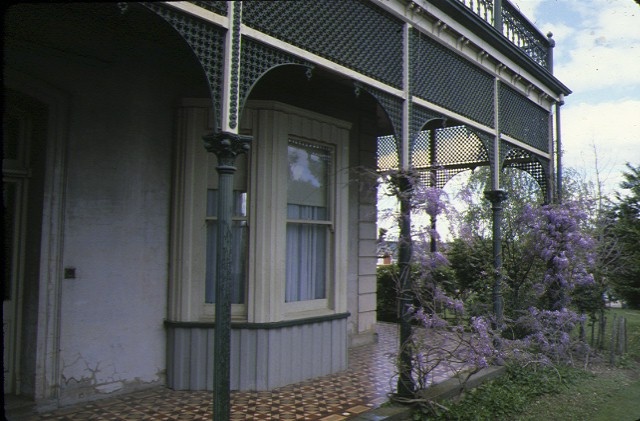 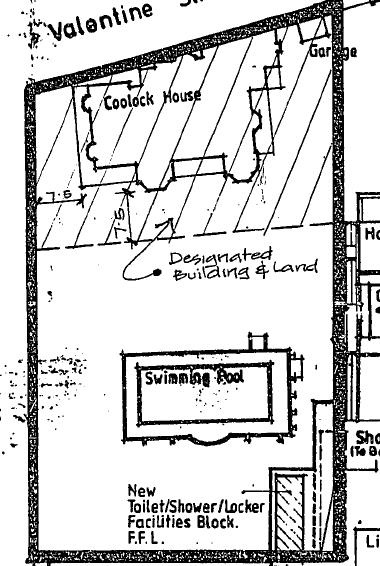 Coolock House, formerly known as 'Dendirah' is an exotic and eclectic grand mansion built in 1910 for George Victor Lansell, MLC, the son of Bendigo mining magnate Sir George Lansell. It is a two storey house constructed of rule rendered brick with the upper floor enclosed within an elaborate series of mansard roofs clad with red diamond pattern iron tiles. The house is an extensive alteration and addition of a single storey house built in 1880 by Mr D White. The architect of Coolock House was William Beebe, Bendigo's most prominent architect of the period, whose approach to design was influenced by the Picturesque Art Nouveau style. It is asymmetrical in plan and massing and each face is treated in diverse fashions borrowing from the second empire, French Baroque, Edwardian and European Art Nouveau styles. Of particular interest are the side entrance which has irregular massing, keyhole stained windows and sinuous mouldings. The front verandah has a very deep diaper patterned frieze and brackets and the fence is elaborate wrought iron in the Art Nouveau style. The interior is substantially intact and features ornate plaster ceilings and cornices in art nouveau patterns on the ground floor, a finely balustraded stair with balconette and a carved oak mantelpiece in the dining room in the 'Francois Premier' style.

Coolock House is of architectural and historical significance as follows:

1. It is an exotic and eclectic two storey mansion built in 1910 by William Beebe for George Victor Lansell, MLC.

3. Sir George Victor Lansell, MLC for Bendigo from 1928 to 1940 occupied the house for 49 years. In 1927 he entertained the Duke and Duchess of York at Coolock House.