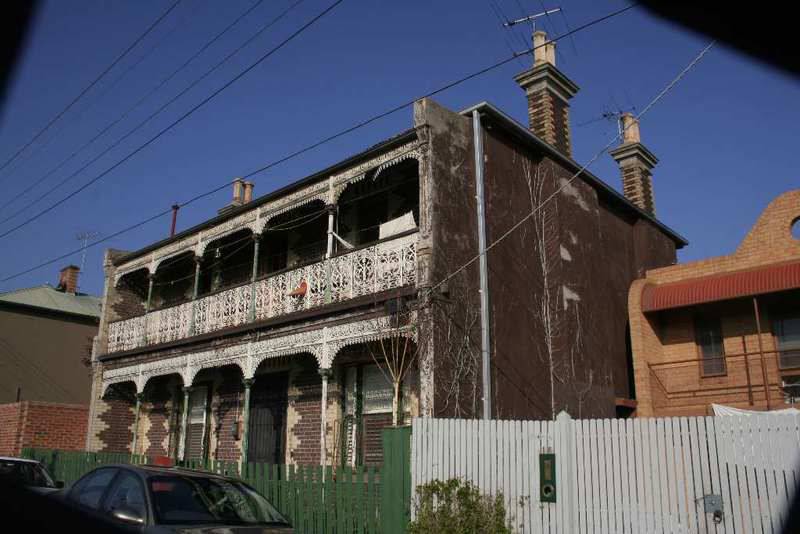 What is significant?
This is large Italianate style dichrome brick house once occupied by James Barwood, with extensive and significant verandah detail using cast-iron. Chimney pots set on the cemented chimneys are also significant. The companion house at 24 Lesney St (in HO308) was also occupied by the Barwood family.

How is it significant?
The building is aesthetically and historically significant (National Estate Register Criteria E1, A4) to Richmond and the City of Yarra.

Why is it significant?
The building is significant:
- for the relative size of the house and the extent of its ornamentation; and
- for its good representation of a key Boom period in the City's history.