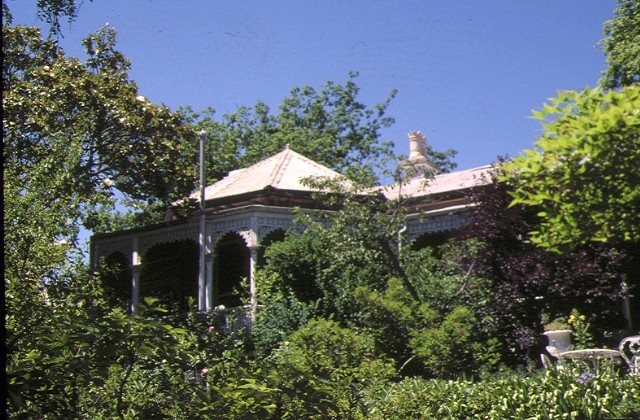 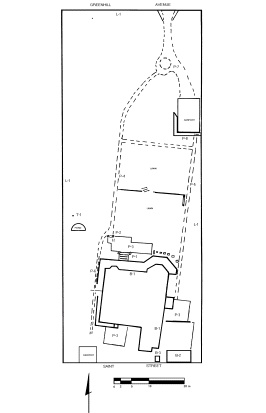 In 1871 Edward Williams purchased a cottage, originally built in the early 1860s, and enlarged it with the addition of two bay-windowed rooms, a cast iron and timber verandah and a drawing room with bedrooms below in 1881 and 1891. He named it Talerddig after his birth place in Wales. The house is a single-storied brick and render building in an elevated setting surrounded by a terraced garden.

Talerddig has historical, architectural, aesthetic and scientific (horticultural) significance to the state of Victoria.

Talerddig is historically significant for its associations with Edward Williams (1842-1909), businessman and politician. Williams had extensive interests in gold-mining and was one of the original promoters and later the chairman of the Ajax Goldmining Company, the chief shareholder of which was George Lansell. He was involved in establishing the Castlemaine Woollen Co Ltd in 1874, eventually becoming its first secretary, principal shareholder and chairman from 1885. The Castlemaine woollen mill, along with the Ballarat mill, was an uncommon industry for the goldfields and upset the pre-eminence of the Geelong mills. The company was particularly noted for its use of mixed cotton and wool fabrics and, as a contemporary source noted, for "the excellence of its flannels and blankets". Williams was a borough councillor for 23 years from 1886 and three times mayor. In 1894 he defeated the premier, Sir James Patterson, for the Legislative Assembly seat for Castlemaine, and remained in the seat until 1904. He was vocal on issues such as mining and liberal causes such as factory legislation and female suffrage. The historical significance of Talerddig is enhanced by its continued association with the family, particularly the granddaughter of Williams, Helen Vellacott, noted author.

Talerddig is architecturally significant as a fine example of a Victorian house, its additions demonstrating the increasing prosperity and importance of its occupants. It retains many original features including fireplaces, cedar blinds in the 1881 and 1891 rooms, ceiling rose, a hand-painted frieze and a distinctive coved ceiling in the 1891 room.