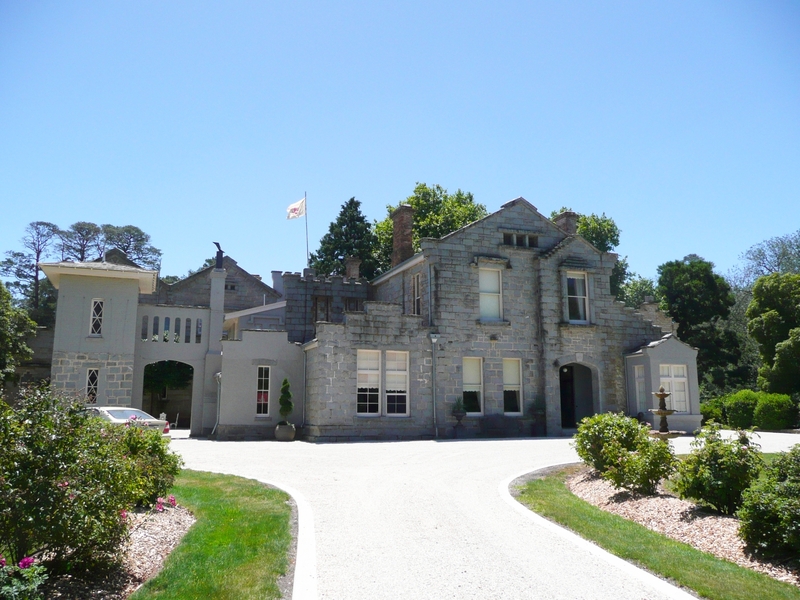 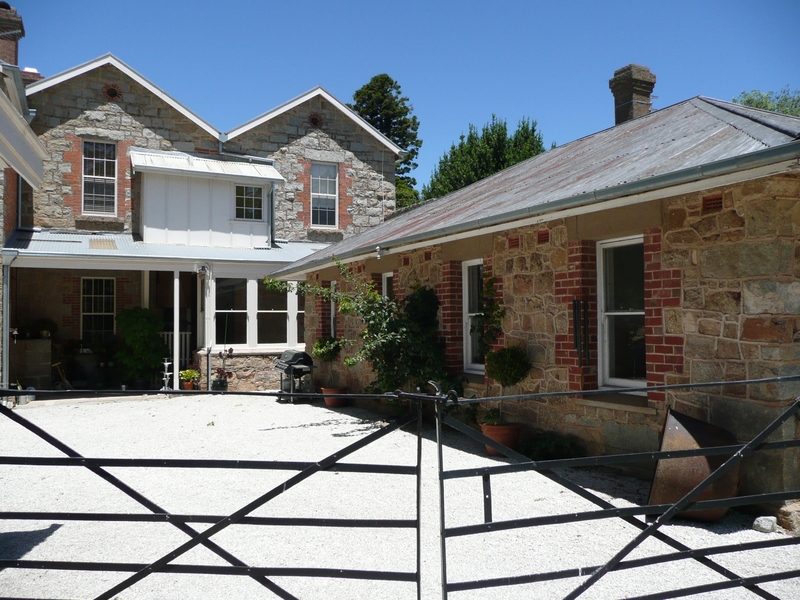 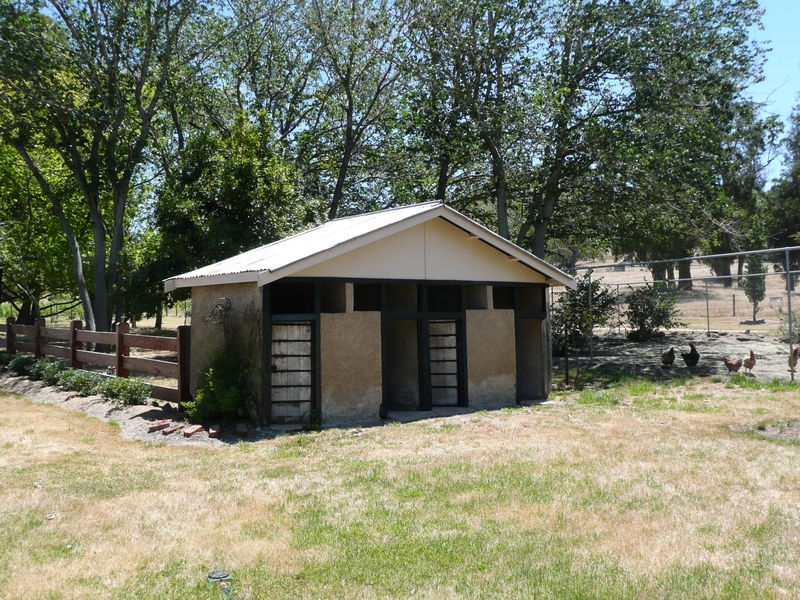 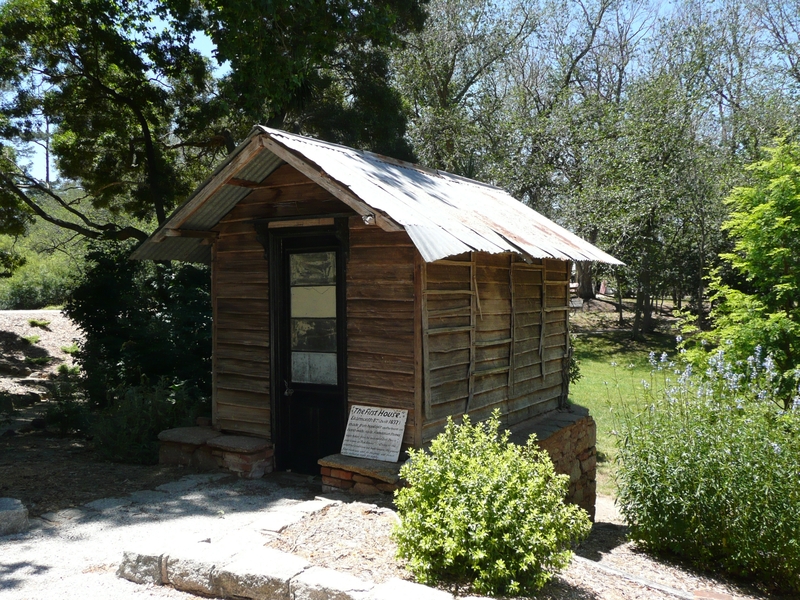 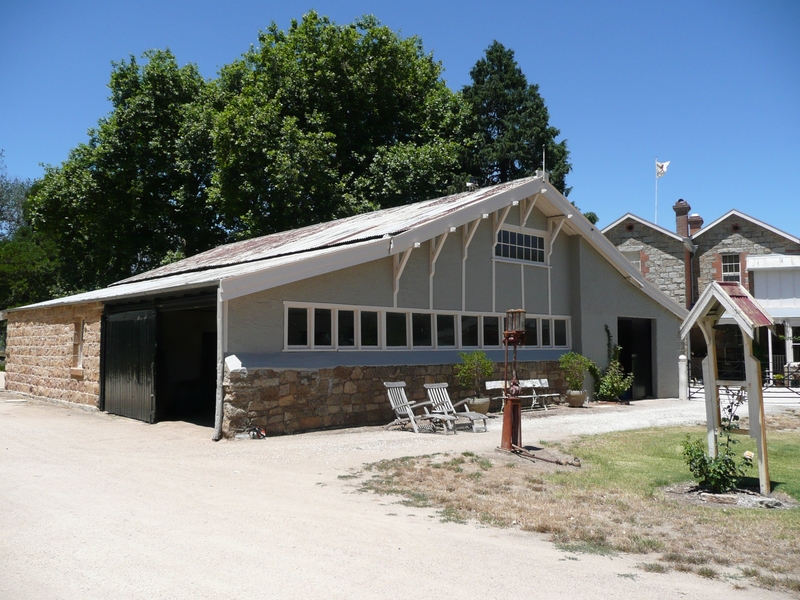 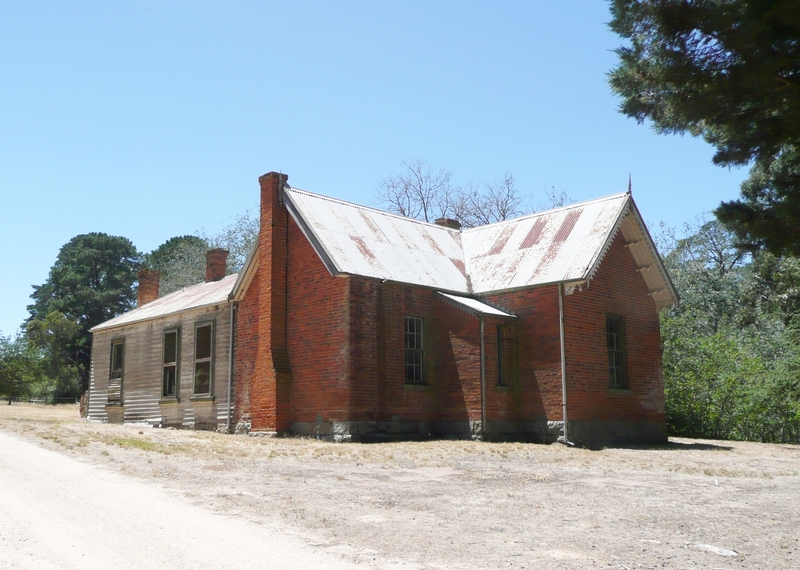 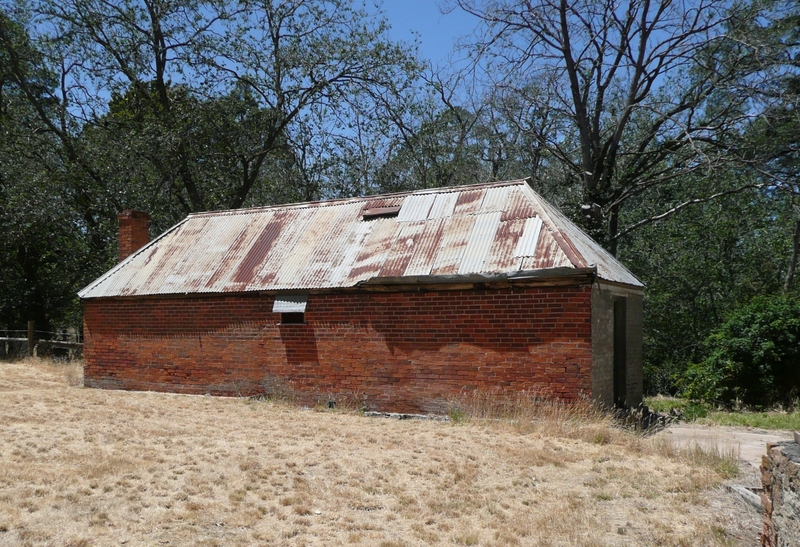 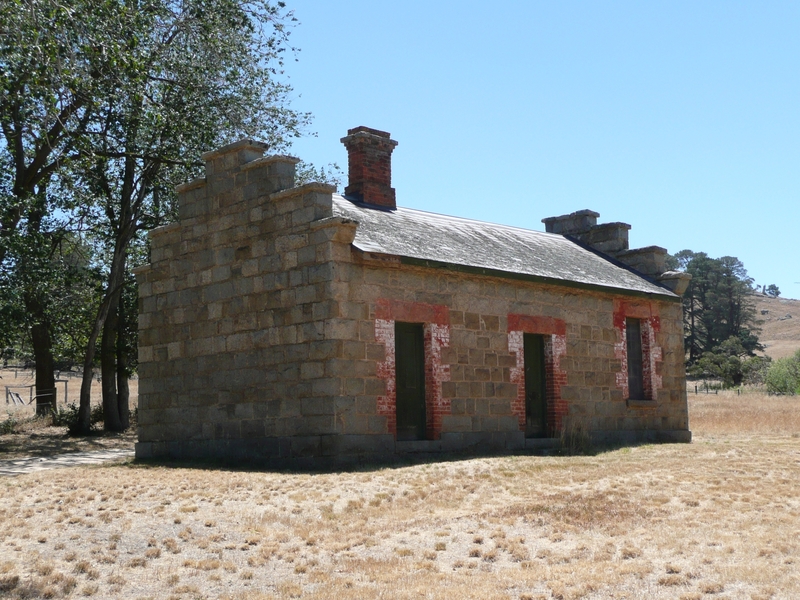 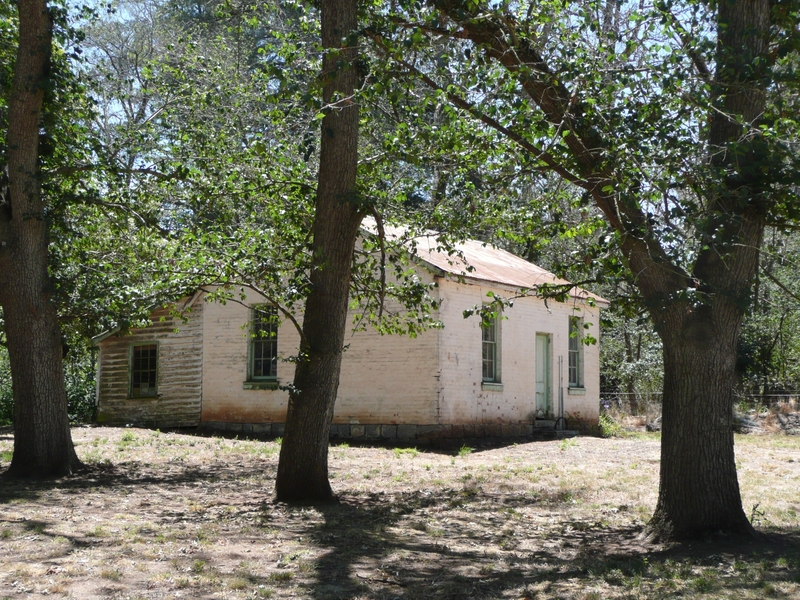 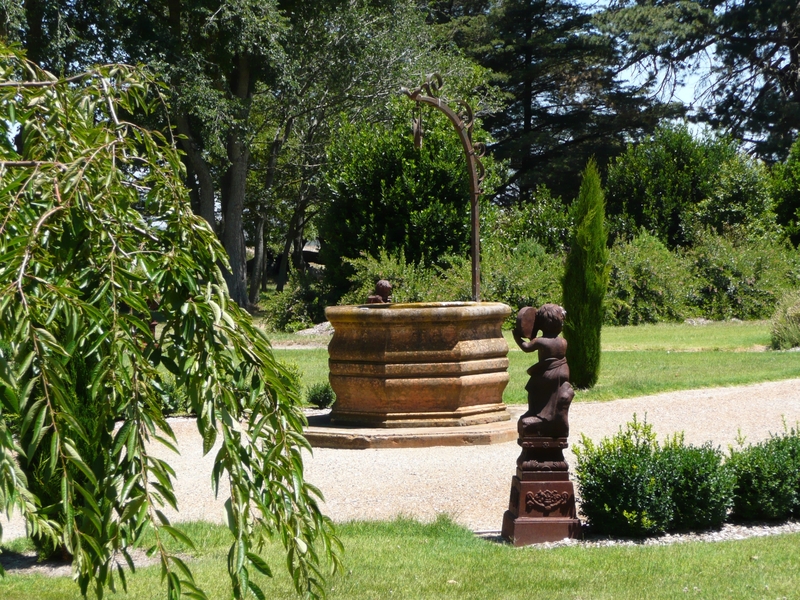 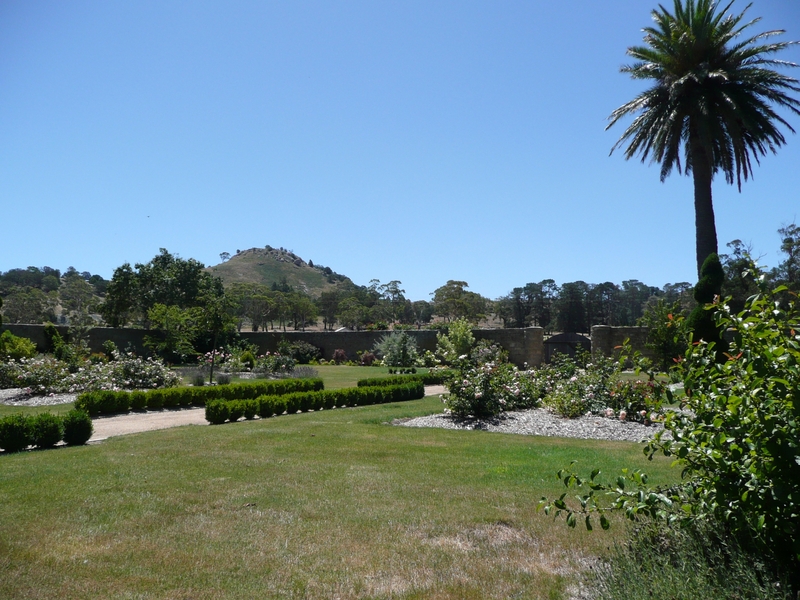 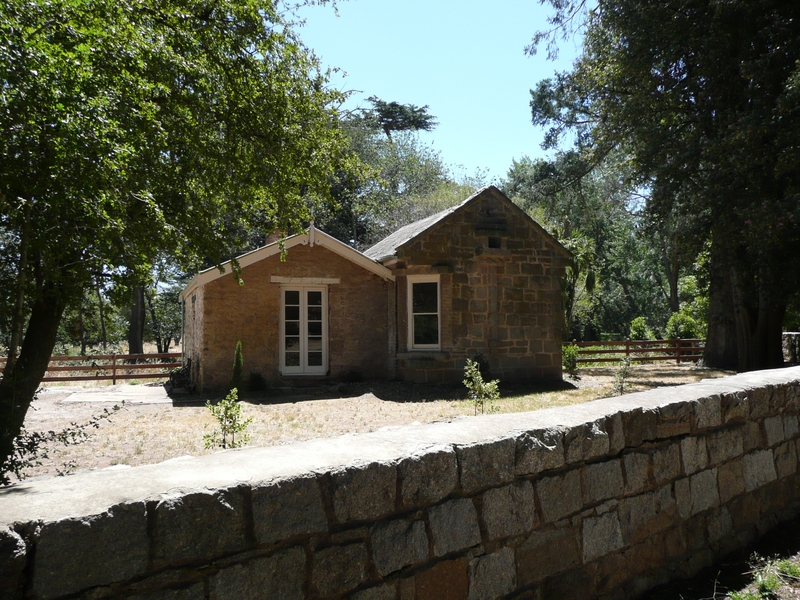 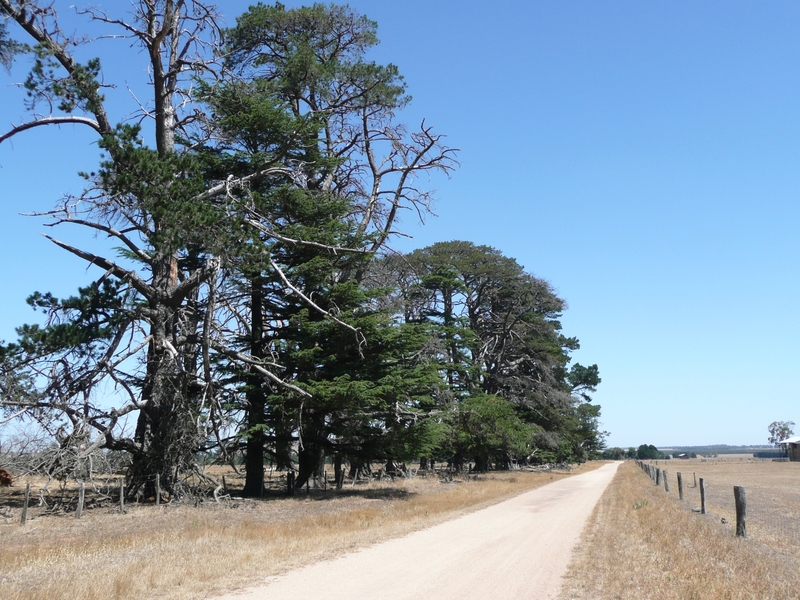 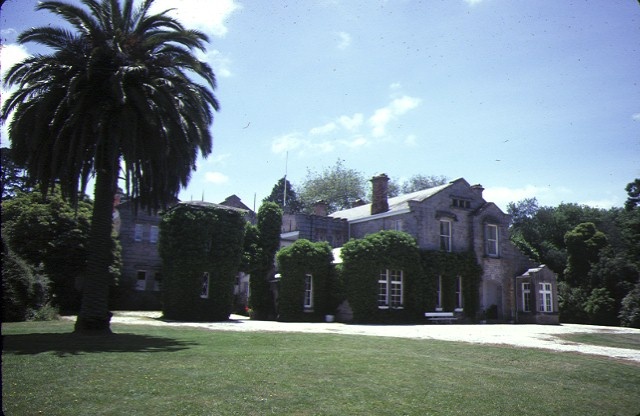 Brothers Thomas and Somerville Learmonth founded Ercildoun in 1838. The brothers had been part of an unsuccessful exploration mission into the interior of the colony in 1837, and embarked on another reconnaissance in 1838, which resulted in them running sheep over lands extending from Mt Buninyong to the foothills around where the township of Learmonth is now located. The brothers constructed a number of buildings and structures, and a cemetery at Ercildoun. They built the early stages of the homestead in about 1854 and many other outbuildings, and laid the foundations of what was to become a grand and elaborate garden and parkland. They established Ercildoun as a centre for merino wool production and breeding with a reputation unsurpassed in the colony. In 1873, Ercildoun was sold to Sir Samuel Wilson. Sir Samuel Wilson's achievements at Ercildoun included extensive additions to the homestead, the development of the garden to include the long entry avenue of alternating Himalayan Cedar and Monterey Pines, a walled garden, and the establishment of a deer park. He was also involved in the development of one of the first trout hatcheries in the colony, and the continued production of fine merino wool. In 1920 the property was sold to Major Alan Currie. Sir Alan Currie's achievements at Ercildoun included the installation of the hydro-electric scheme, the establishment of a renowned horse stud, and continued involvement in the fine merino wool production and fish breeding. Sir Alan Currie died at Ercildoun in 1942, and Lady Currie continued to live there until her death in 1962. Upon her death, the estate went into decline and the homestead was left vacant for many years.

Ercildoun is a pastoral property, comprising a range of buildings and elements dating from at least the mid nineteenth century, through to the early twentieth century. The property has the appearance of a small rural settlement, comprising an array of buildings and elements including the homestead, caretaker's residence, manager's residence, gatehouse, garden plantings and structures, cemetery, waterways and hydro-electric scheme, wind breaks, and a series of farm buildings, including a barn and shearing sheds.

A remarkable artefact that covered the Ercildoune garden well is known as the 'Palestinian Well Head'. It is believed to be about 2000 years old and was possibly smuggled out of Palestine or Egypt. The well head, which was installed at Ercildoun by the Learmonths, has been described as being the colour of desert sand, with a peculiar mottled surface and a texture like marble. The hand wrought iron hoist has been described as being of an ecclesiastical design.

Ercildoun Homestead is of historical, architectural, aesthetic, archaeological and scientific significance to the State of Victoria.

Ercildoun is of historical importance for its association with pastoral pioneers and settlers, Thomas and Somerville Learmonth. Many of the buildings and the cemetery are evidence of settlement of this early pioneering family. As well as being prominent figures in the opening up and settling of the Western District of Victoria, the Learmonth brothers were at the vanguard of merino wool production in the mid nineteenth century. Their pure bred merino flock and experiments in the handling and drenching and washing flocks were famous throughout the colony. Ercildoun is also of importance for its associations with miner, businessman, landowner, politician and patron Sir Samuel Wilson, the owner of the property from 1873-1920. Wilson was a man of considerable wealth, who had early success as a miner, and later established a supply carrying business to the goldfields. He acquired vast tracts of pastoral land in Victoria and also served the State as a politician. He gave generously to a range of charities and institutions. Sir Alan Currie who lived at the property from 1920 until his death in 1942 had a lifelong association with the Australian turf, culminating with him being appointed chairman of the VRC in 1935. He had been honoured with the military cross for distinguished service in World War 1 and served as a Member of the Legislative Council.

Ercildoun is of historical importance as a large and relatively complete collection of buildings relating to operation as a centre for merino breeding and fine wool growing. Buildings and structures still extant, relating to the operation of Ercildoun as a large sheep station include the shearing shed and sheep yards, sheep wash and shearer's living quarters. The remnants of the sheep wash are a rare surviving example illustrating the process, which became outmoded from around the 1890s. The substantial scale of buildings relating to wool production at Ercildoune, both existing and demolished, attest to the size of the fine wool growing enterprise at Ercildoune.

Ercildoun is of architectural importance for its fine and unusual collection of granite buildings and structures, including the homestead, water tower, gatehouse, old men's quarters, stables, walled garden and fences. The Ercildoun homestead is of architectural importance as a substantially intact example of a pastoral homestead constructed in the rare Scottish Baronial style, a style also used for the old men's quarters.

The Ercildoun garden and parkland is of aesthetic and historical significance as an extensive picturesque landscape which includes a diverse collection of plants along a narrow valley that has been transformed into a series of dams and lakes at the foot of the rocky Mount Ercildoun. The designed landscape around the homestead and farm buildings, comprising deciduous and evergreen trees, palms and hedges, and the extensive use of water in the landscape, and the long avenue of Himalayan Cedar and Monterey Pines has very few comparable examples in Victoria. The garden includes a large, diverse and unusual range of exotic and native mature trees, shrubs and water plants. The one-acre garden enclosed by a three-metre high granite garden wall and decorative wrought iron gate is the only walled garden of this scale in Victoria. Other important garden features include a tennis court built in 1907 for use by Dame Nellie Melba who leased the property for six months, and a low granite garden wall and wrought iron gates bisecting the garden and parkland to the south of the homestead.

Ercildoun has archaeological significance for its potential to reveal below ground archaeological remains and artefacts relating to a number of buildings, structures and landscape elements. Records show the layout of the garden and parkland has been modified including removal of paths and beds, hedges and the walled garden planting. The sheep wash adjacent to the shearing shed contains a number of above ground artefacts, and the area has high archaeological potential to provide a clearer understanding of this early and complex wash, which included a boiler, raised tanks, spouts, washpools and water channels.

Ercildoun is of scientific and historical importance for its private hydro-electric scheme, installed by Sir Alan Currie in 1925. The installation is one of only three known examples of private hydro-electric schemes in Victoria, with others occurring at Carranballac and St Filian. Though not currently in operation, the scheme retains its main components, including the dams, holding tank, water race, generator and switchboard.

Ercildoun is of historical and scientific importance for the existence of a series of waterways, where Sir Samuel Wilson developed his fish hatchery, believed to be one of the first trout hatcheries in Victoria.