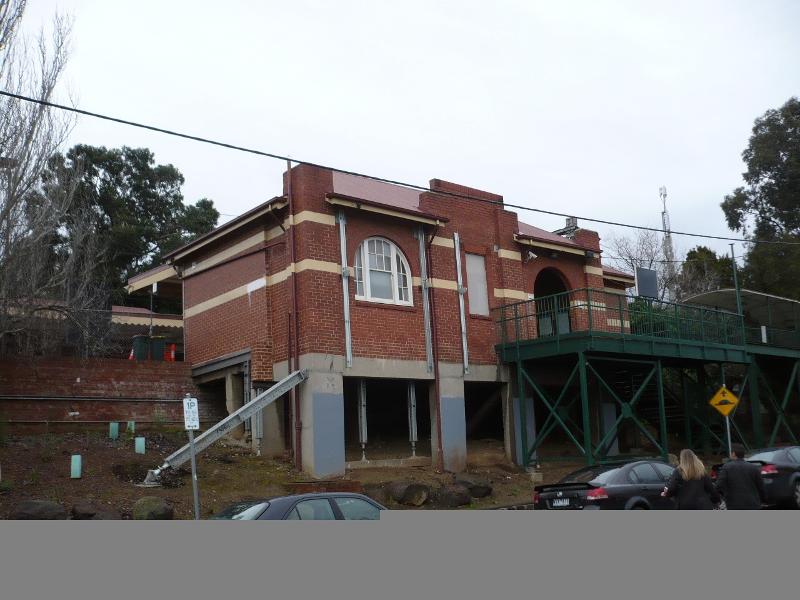 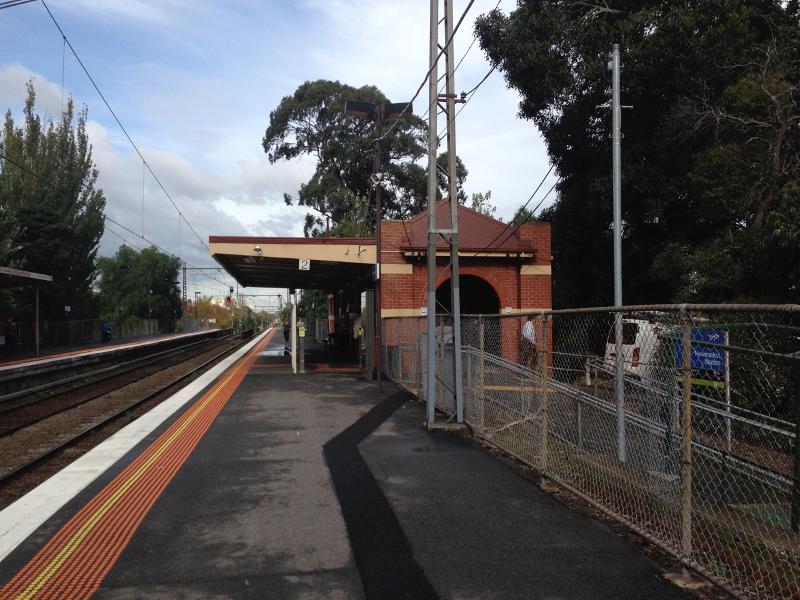 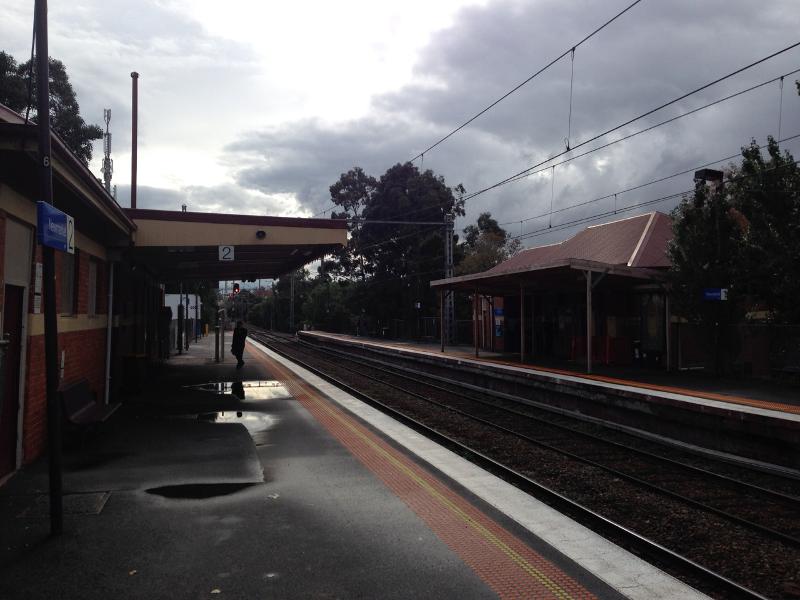 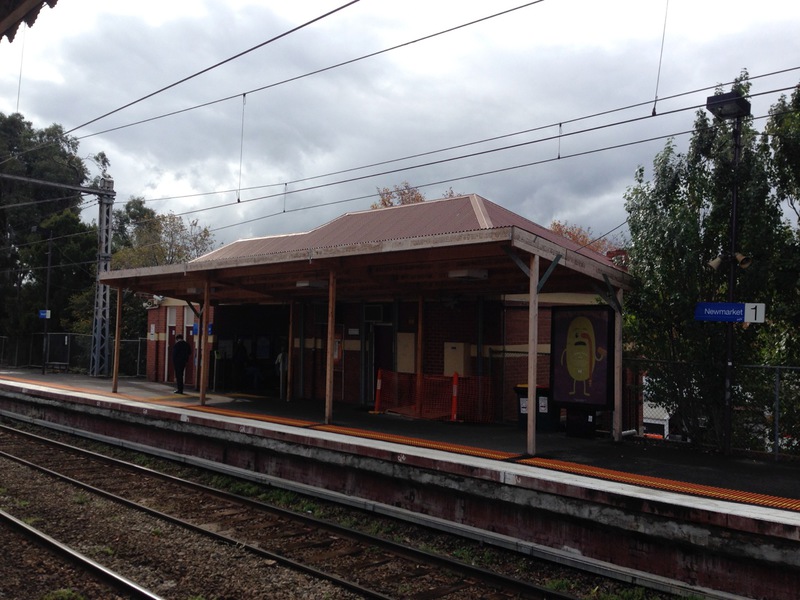 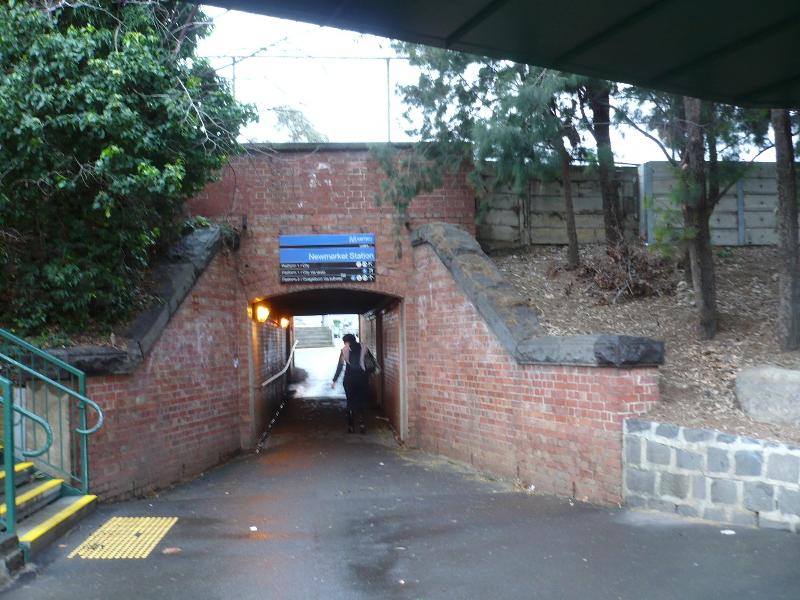 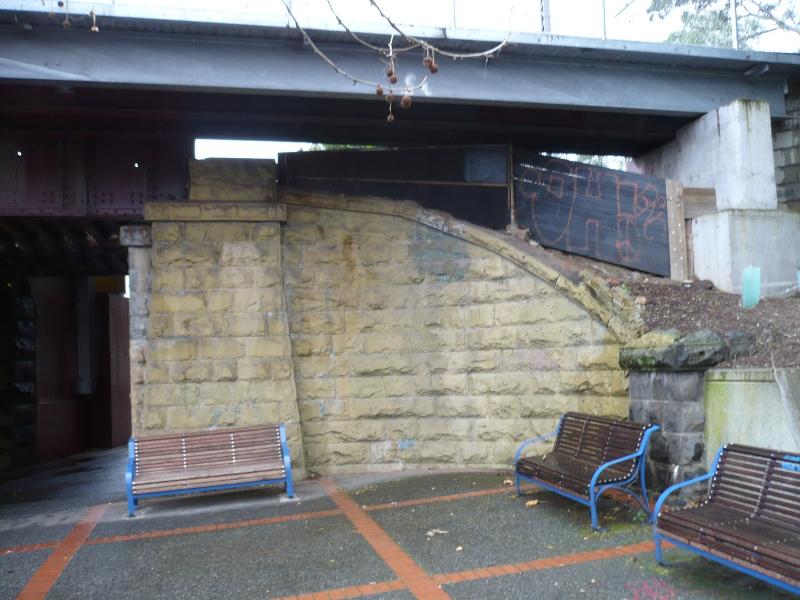 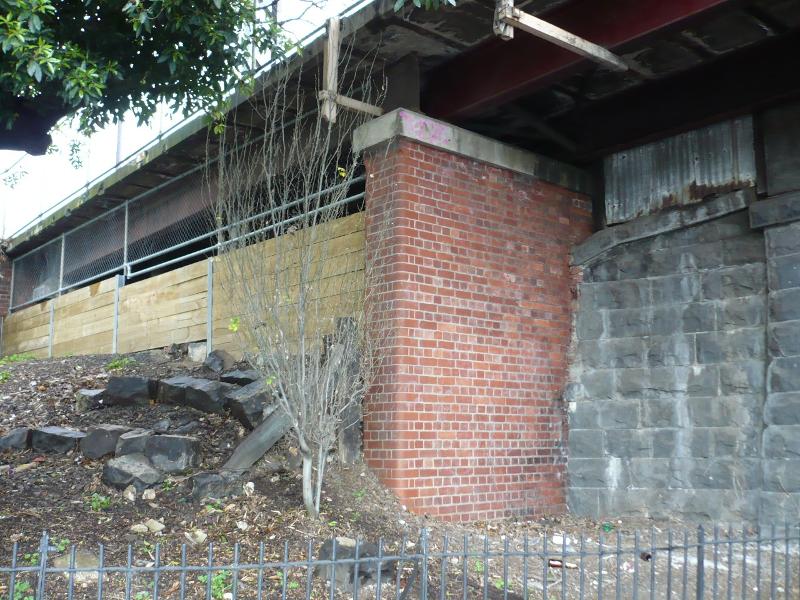 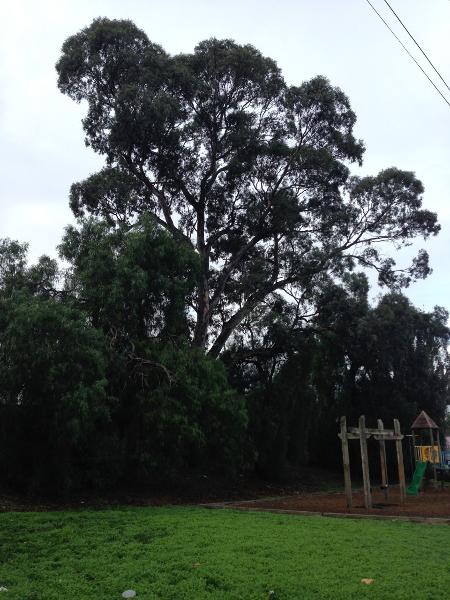 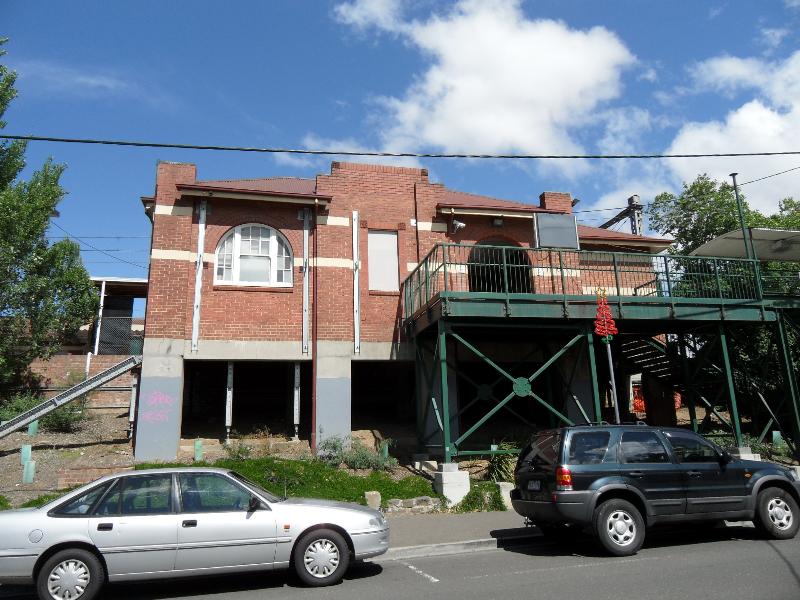 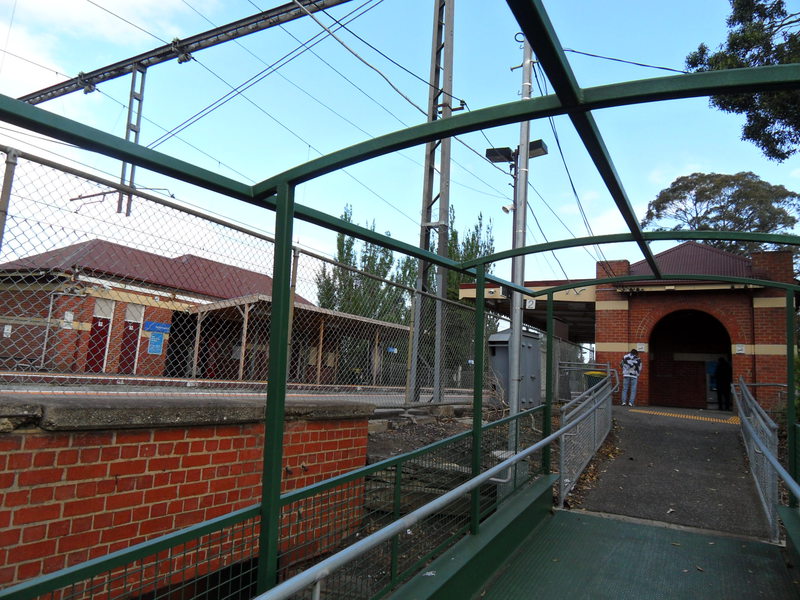 What is significant?
The Newmarket Railway Station complex, which comprises the Up and Down station buildings and platforms as constructed in 1925, the steel lattice stanchions supporting the overhead wiring dating from c.1919, the pedestrian subway with brick walls and bluestone coping and the bluestone bridge abutments and piers to Racecourse Road to the extent of the nineteenth century fabric, and the mature trees in the adjoining reserves dating from c.1920s, is significant.

The station buildings are constructed of brick with hipped roofs, originally tiled but now clad in red colourbond. The buildings have detailing typical of Edwardian era stations such as the rendered bands at mid-wall level and eaves height, the arched windows and entries, and the surviving cantilevered steel awning to the Down side building, with ripple-iron valance, scalloped along the front. Each building has a central section with a similar, symmetrical outward-facing elevation divided into three bays by pilasters that rise above eaves height to become pylons at the corners and to frame a stepped parapet at the centre, punctuated by the roof. The outer bays contain arched openings (on the Up side, both are windows, and on the Down, one is the lobby entrance) on either side of a tall rectangular window. Decorative terracotta tiles with floral motifs are placed at the top corners of the central window and the top corners of the central parapet. With the exception of one window on the Up side building, all of the windows have been removed or covered over. On the Down side building the central section is flanked on the north side by the arched entrance to the lobby, which is also framed by pylons on each corner, and by a hipped roof wing on the south side that originally contained waiting rooms and toilets. On the Up side building, there is a hipped roof section on the north side while the open lobby retains what appears to be an original timber bench seat along one wall. The platform retains the brick facing with concrete coping facing the railway, and precast reinforced concrete panels on the outer walls.

Mature trees surrounding the station include several Peppers (Schinus molle), Silver or White Poplars (Populus alba) and a River Red Gum (Eucalyptus camaldulensis), mostly to the south of the buildings with one Pepper at the north end of the Down side platform and a large Fig (Ficus sp.) adjacent to the ramp leading to the Down side building entrance.

Non-original alterations and additions to the complex are not significant.

How is it significant?
The Newmarket Railway Station complex is of local historic and aesthetic significance to the City of Moonee Valley.

Why is it significant?
It is historically significant for its associations with the establishment and development of the Essendon Railway, which was one of the first suburban railways in Melbourne. The re-opening of the railway and early improvements in the nineteenth century are demonstrated by the pedestrian subway and the bluestone and plate girder bridge, while the station buildings, lattice stanchions and platforms are associated with the improvements made by the Victorian Railways in the 1920s as a consequence of the scheme to electrify the whole of the suburban railway network. It is representative of the new stations that were built in response to the increased patronage that resulted from electrification, which is demonstrated by the facilities provided on both the Up and Down platforms. The associated mature landscaping provides evidence of the initiative of the Victorian Railways encourage the creation of gardens around stations in the early twentieth century. It is also associated with the development of the adjacent commercial precinct in Racecourse Road and Pin Oak Crescent and surrounding residential areas. The railway station encouraged the development of the surrounding areas in the late nineteenth and early twentieth centuries, which in turn led to the need for a new and larger station by the interwar period. (Criteria A & D)

It has aesthetic significance for the Edwardian style characteristics that are typical of station buildings in the early twentieth century such as the red brickwork with contrasting rendered bands and the arched windows and doorways. Of particular note is the symmetrical composition of the outward-facing facades of the central sections of both the Up and Down buildings with distinctive details such as the piers/pylons to the corner and stepped central parapet. The aesthetic qualities of the station complex are enhanced by its elevated siting and the mature trees, and the complex as a whole forms a landmark that contributes to the historic character of the historic commercial centre in Racecourse Road and Pin Oak Crescent of which it forms a part. (Criterion E)