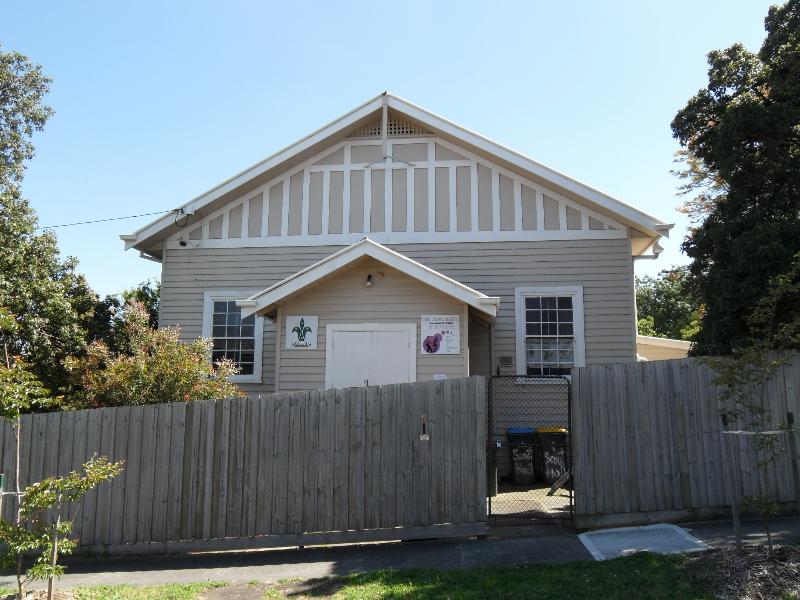 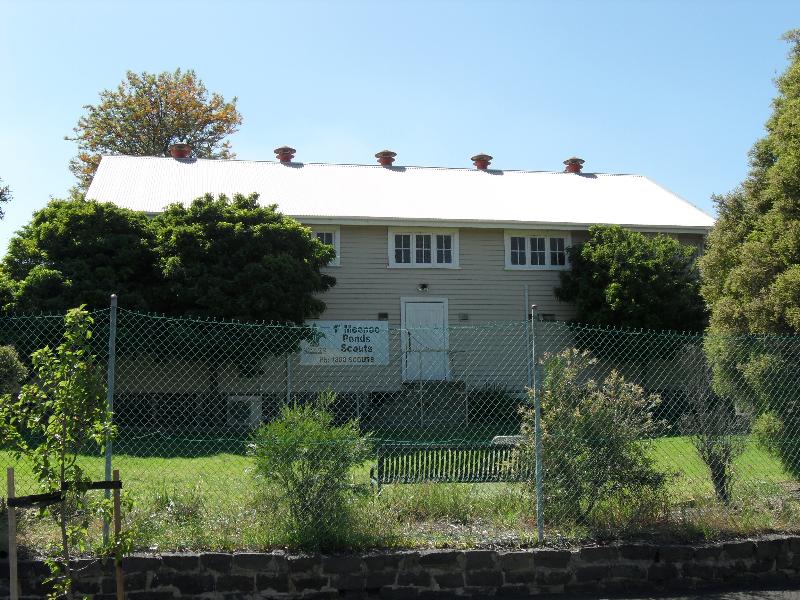 What is significant?
The 1st Moonee Ponds Scout Hall, constructed in 1925 and the 1930 additions, at 79 Clarinda Road, Moonee Ponds, is significant. It is a gable-fronted timber hall with a projecting gabled porch. The walls are clad in weatherboards and there is half-timbering detail to the main gable. There are double-hung six pane sash windows on either side of the porch, which has a pair of timber doors. The side elevations have high-set four pane fixed windows in groups of three, and single timber doors. The roof retains round metal ventilators along ridge and there is a brick chimney. At the rear is skillion-roof section, and on the east side is the skillion wing added in 1930, which has double-hung six pane sash timbers and a timber door. There is a small gabled timber outbuilding at the rear.

How is it significant?
The 1st Moonee Ponds Scout Hall is of local historic and social significance to the City of Moonee Valley.

It is of potential historic significance to the State of Victoria.

Why is it significant?
It is significant for its long and continuing associations with the Boy Scout movement in the City of Moonee Valley as the oldest purpose-built scout hall in the City of Moonee Valley and one of the oldest in Victoria. The scouting movement played an important role in the lives of adolescent boys in the twentieth century and this hall demonstrates the formative period after World War I when the scouting movement had become established and troops began to create permanent places to meet. The hall is of architectural significance as an intact representative example of the scout halls erected in the 1920s in Victoria. (Criteria A, D & G)