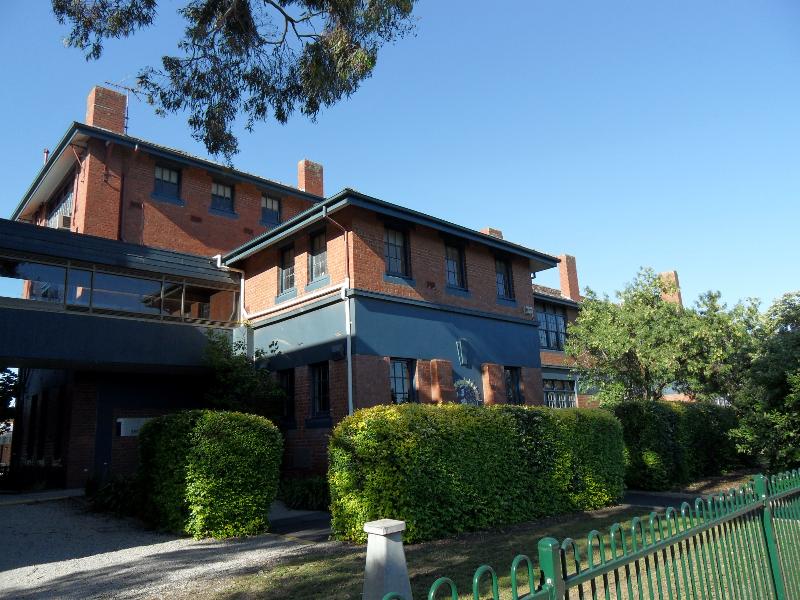 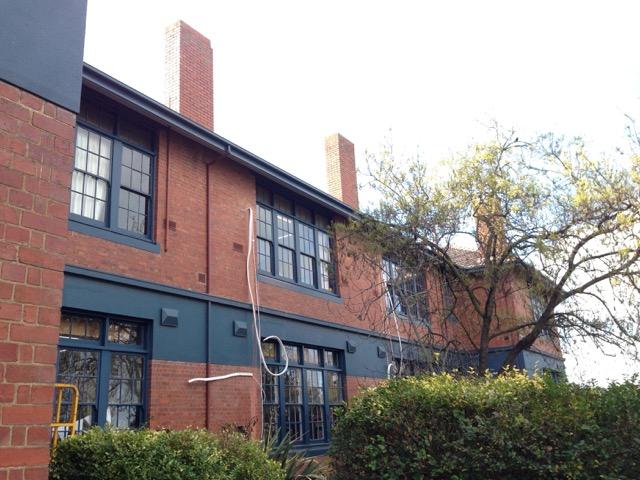 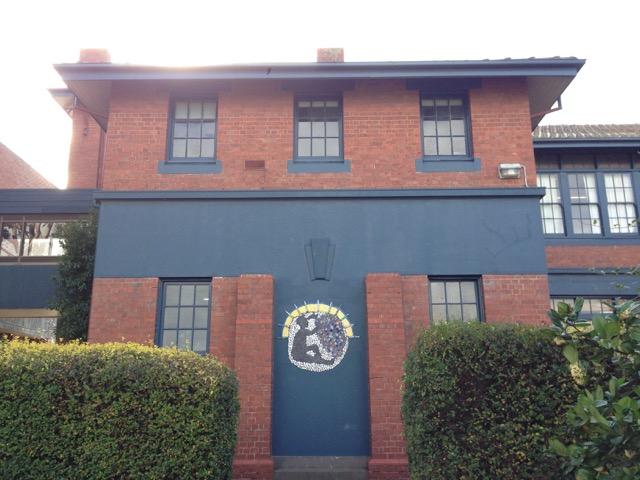 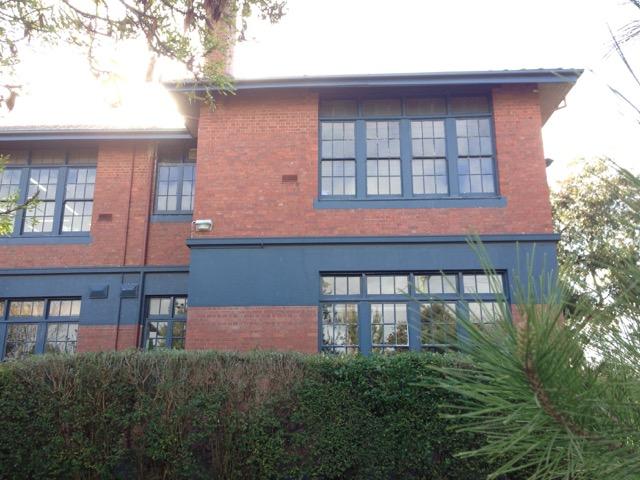 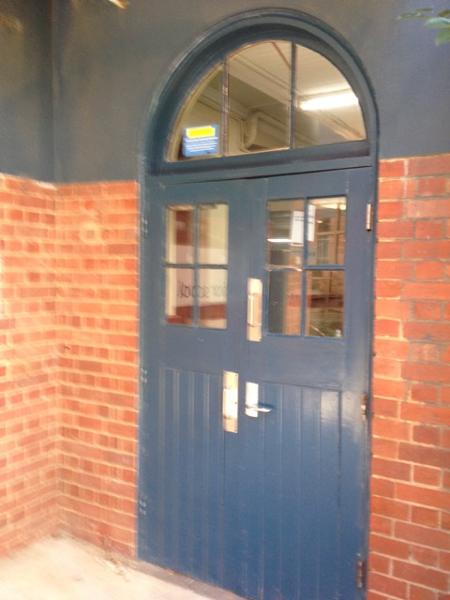 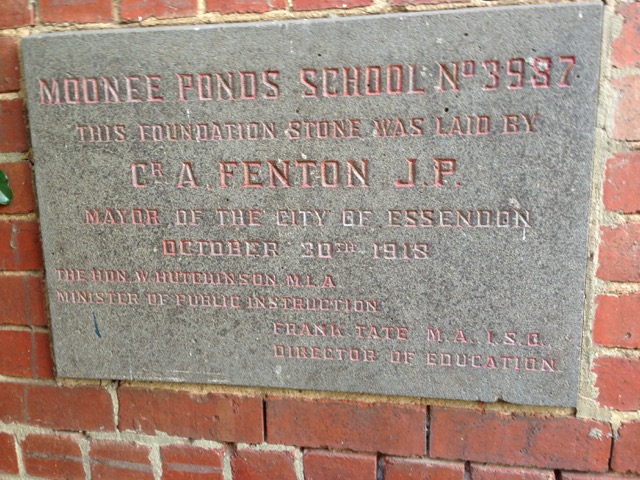 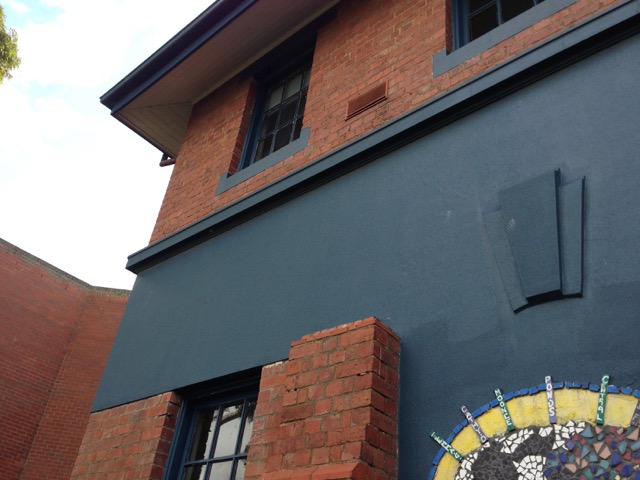 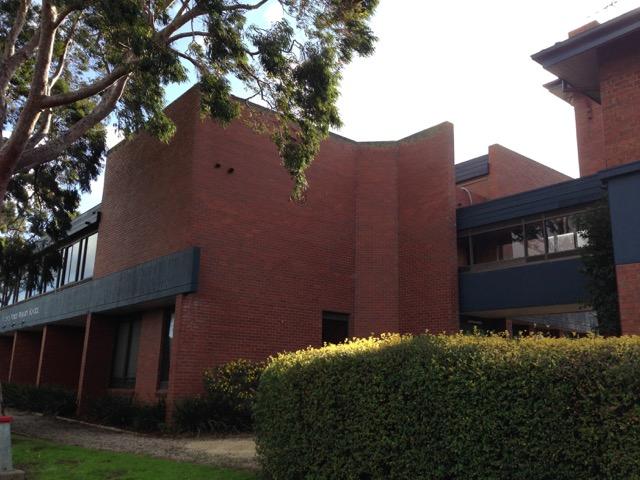 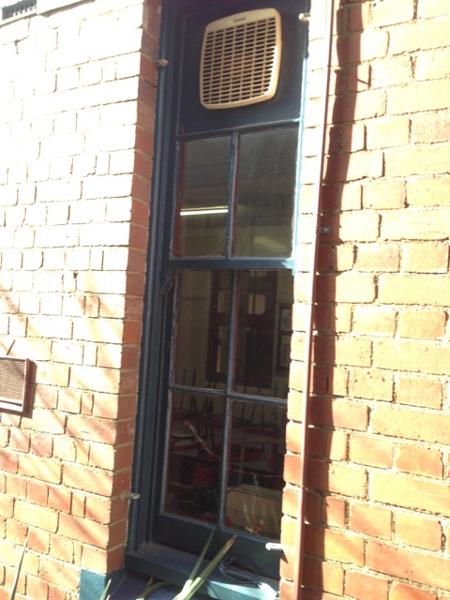 What is significant?
The Moonee Ponds Primary School No.3987, designed by S.C. Brittingham and constructed in 1918-19, at 87 Wilson Street, Moonee Ponds is significant. It is an early twentieth century urban school with typical two and three storey scale and features including the hipped tiled roof with deep boxed eaves, brick walls with wide rendered bands dividing the top of the ground floor from the upper level, large banks of four double hung sash windows with upper fixed three-pane windows, and tall plain brick chimneys. In plan it comprises a main central block parallel to Wilson Street, with a short perpendicular wing at the north end, and a projecting wing toward Wilson Street at the south end, which originally contained the main entrance. This front wing has six pane windows arranged symmetrically in the front elevation above and beside what would have been the main entrance, now closed over, which is framed by stepped pilasters with a double keystone (in render) above whose form indicates that the doorway was arched. The foundation stone is contained in the base of the wall on the south side, which is adjacent to an original door with a round head highlight window. Behind this wing at the south end of the main block is an unusual three storey wing, square in plan with chimneys placed at each corner. It has tall narrow four over four pane double hung sash windows in the ground floor, with large banks of windows on the upper floors and six pane highlight windows in the east (Wilson Street) elevation.

Non-original alterations and additions to the school and later buildings on the site are not significant.

How is it significant?
The Moonee Ponds Primary School No.3987 is of local historic and social significance to the City of Moonee Valley.

Why is it significant?
It is historically significant for its associations with a significant phase of school building in the early twentieth century when many new suburban schools were built to relieve overcrowding. It is a representative example of the large suburban schools built in the transition from the Queen Anne style schools of the early 1900s to the Classical style schools of the 1920s. It is also significant as an illustration of the growth of Moonee Ponds in the early twentieth century. (Criteria A & D)

It is socially significant as a school that has been in continuous use for almost 100 years. (Criterion G)