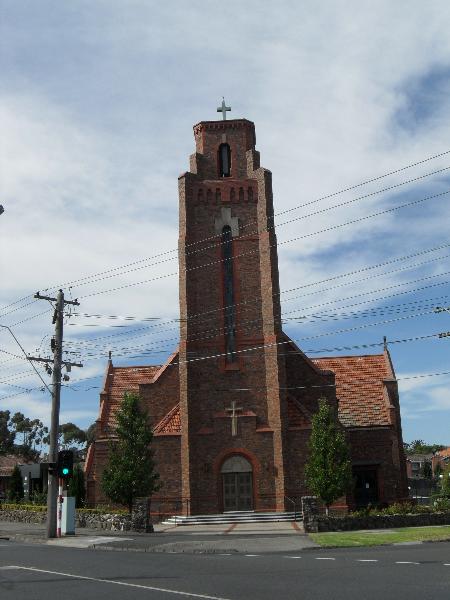 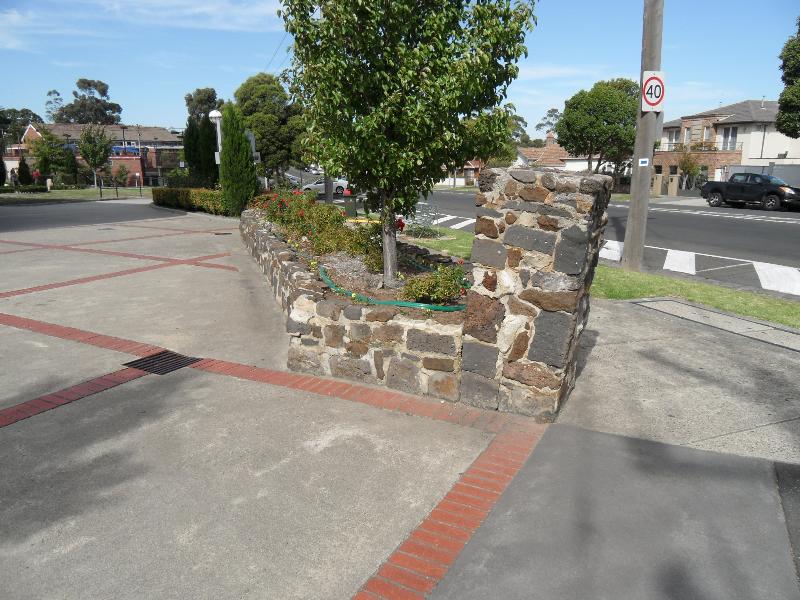 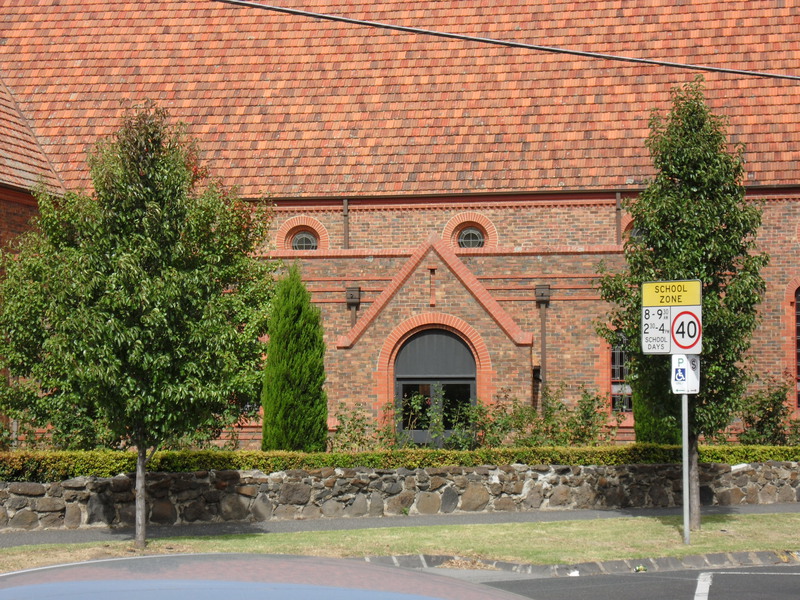 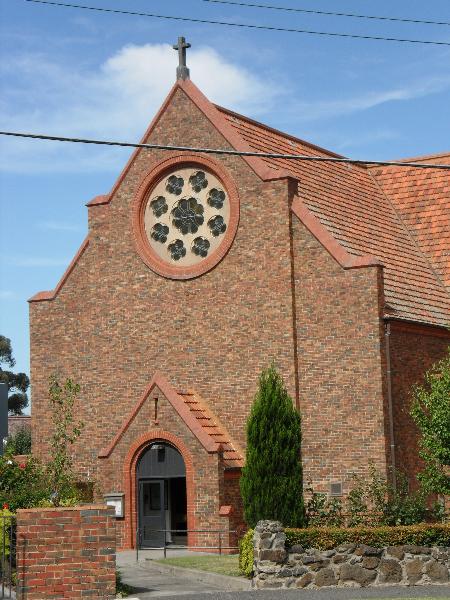 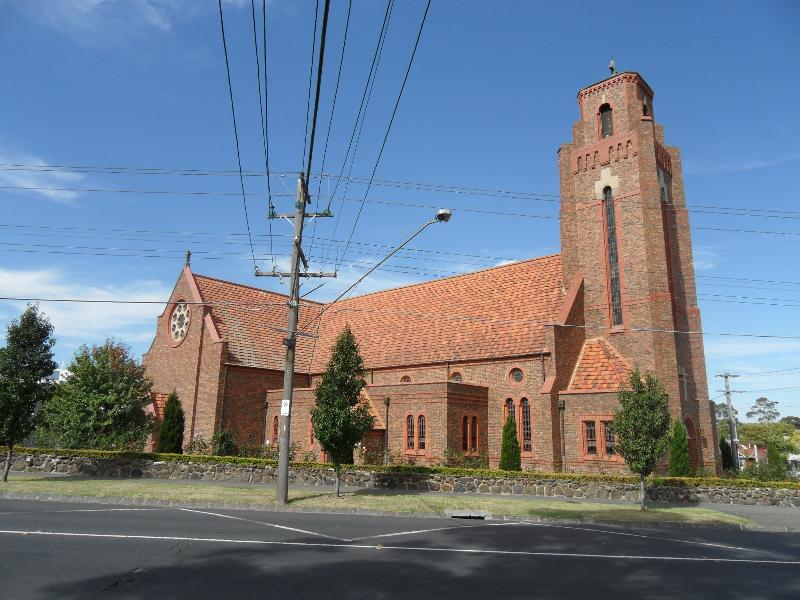 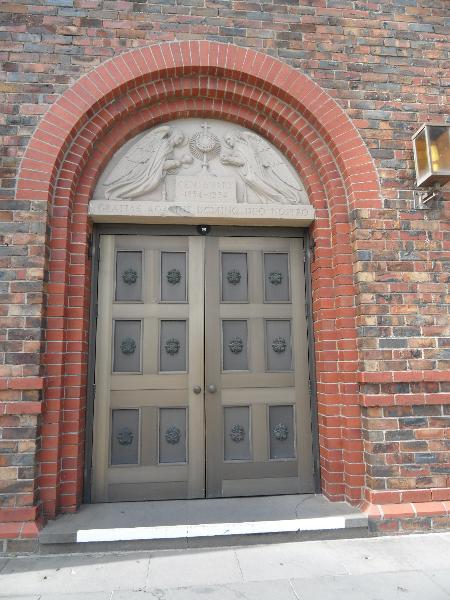 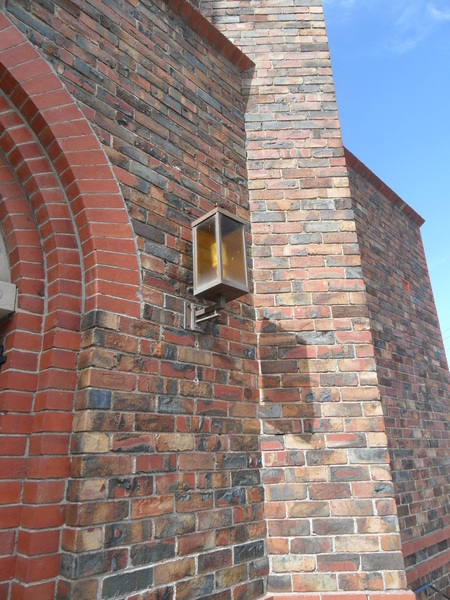 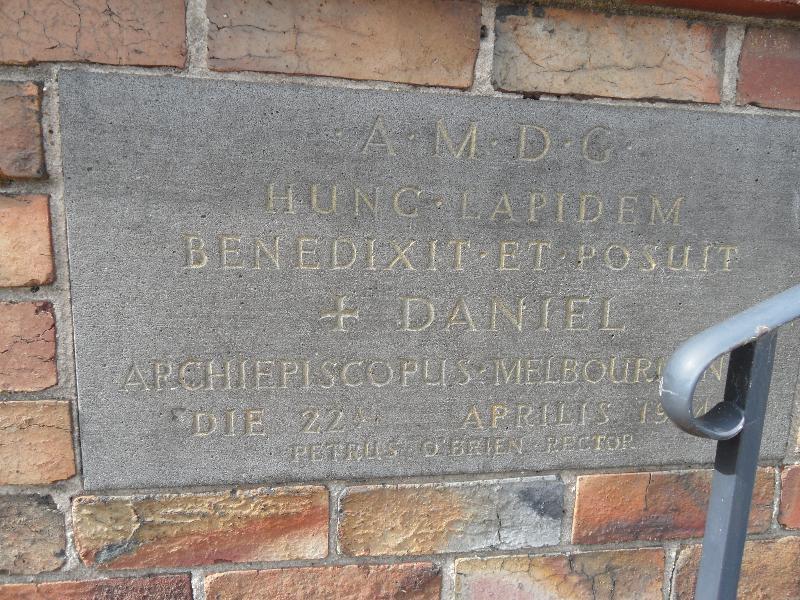 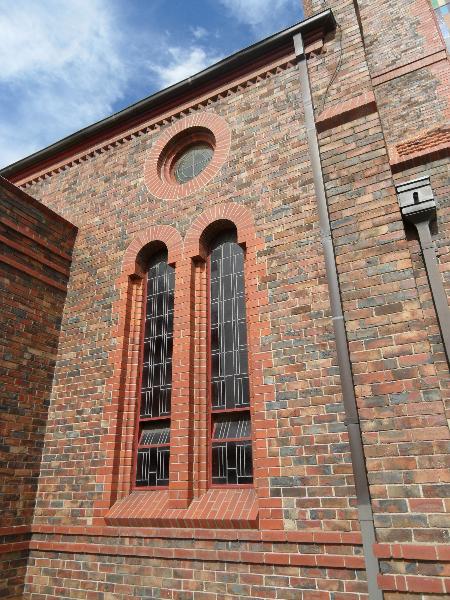 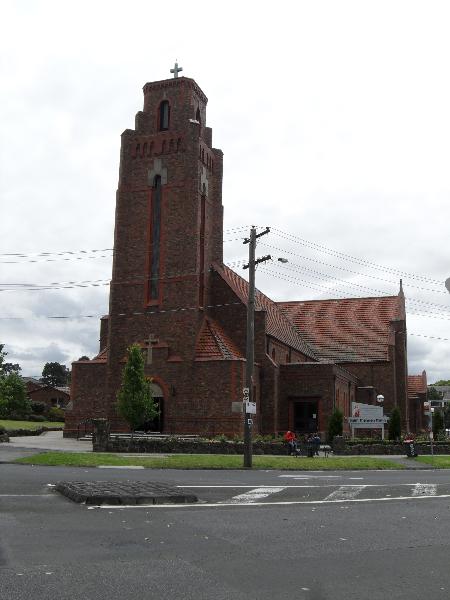 What is significant?
St Therese's Catholic Church at 48A Lincoln Road, Essendon, is significant. The 1934 church was designed by architectural practice Payne & Dale. It is sited on the diagonal, to face the intersection of Lincoln Road and Florence Street. The church is monumental in scale and the facade is dominated by a soaring central tower. The walls are of clinker brick, with red brick dressings and a terracotta tiled roof. The church sits within a large forecourt, defined by rubble stone walls and garden beds, which are contemporary with the church.

Other buildings on the site, including the Parish Office on Lincoln Road and the school buildings along Edward Street with associated play areas, are not significant.

How is it significant?
St Therese's Catholic Church is of local historical, architectural/aesthetic and social significance to the City of Moonee Valley.

Why is it significant?
It is historically significant as an ambitious example of the Catholic Church's conscious decision to accelerate building programs during the 1930s depression as a form of social support by providing employment and business for many local tradesmen and suppliers. (Criterion A)

The church is architecturally significant as a monumental and highly intact example of the Romanesque Revival style applied in a stripped and streamlined manner. This same modern approach characterises Payne & Dale's other important design: St Monica's Catholic Church, also of 1934, which is a monumental sandstone building in a modern Spanish Gothic style. Architect Thomas G Payne was an Essendon local who had previously worked for the St Therese parish with his father in the late 1920s and early 1930s. The building is distinguished by its high-quality materials and details such as the red brick dressings and corbel tables, but mainly for the dramatic massing of its central front tower whose height is emphasised by its diminishing size and the elongated buttresses that project from its corners. Its monumental quality is enhanced by its dramatic diagonal siting. (Criteria E & H)

The forecourt, which wraps around the two street frontages of the church, with its rubble stone walls and garden beds, enhances the presentation of the church. (Criterion E)

St Therese's is socially significant as the centre of Catholic worship in the North Essendon Parish since 1922. (Criterion G)