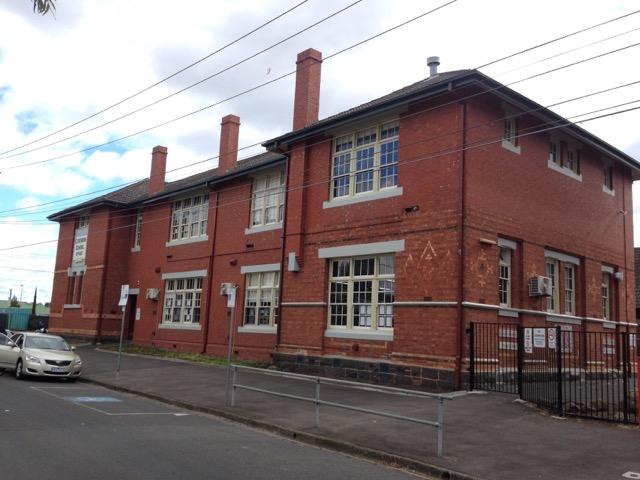 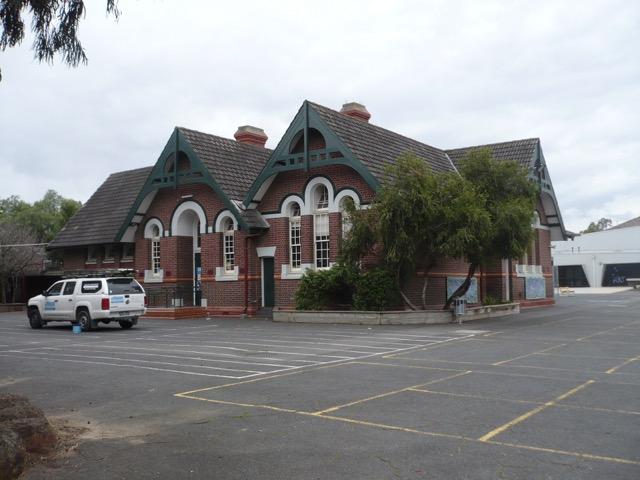 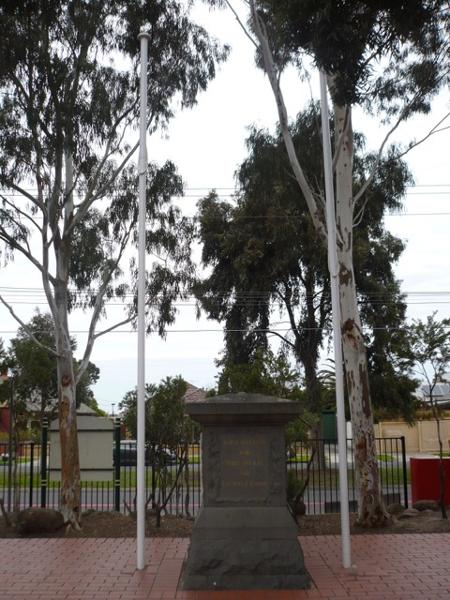 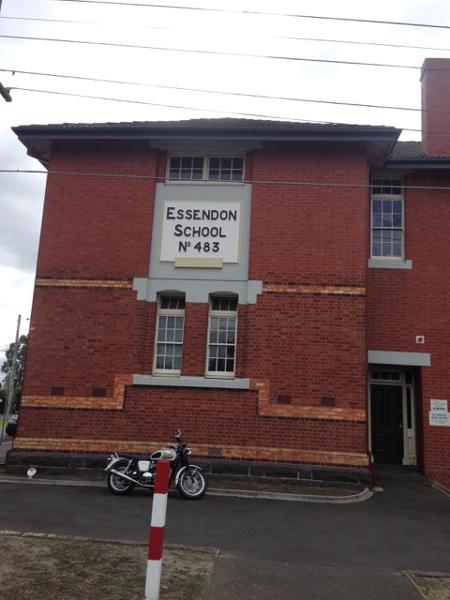 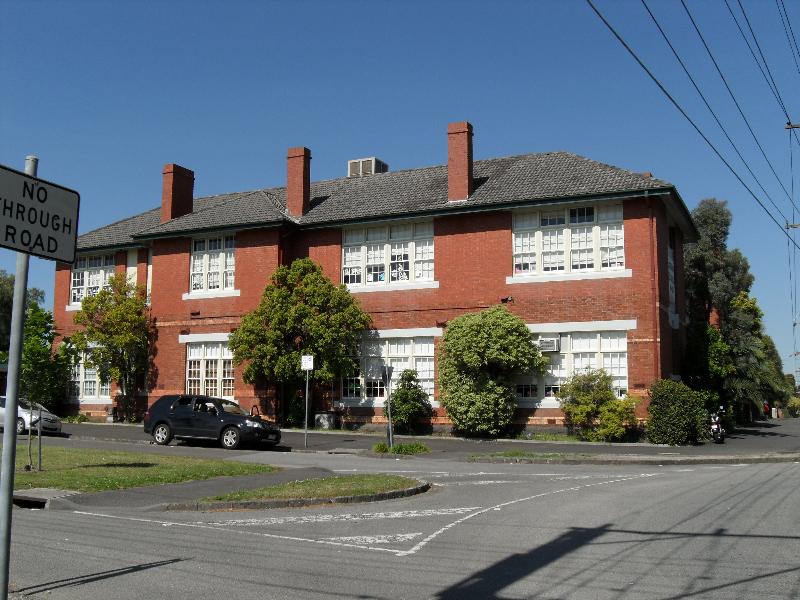 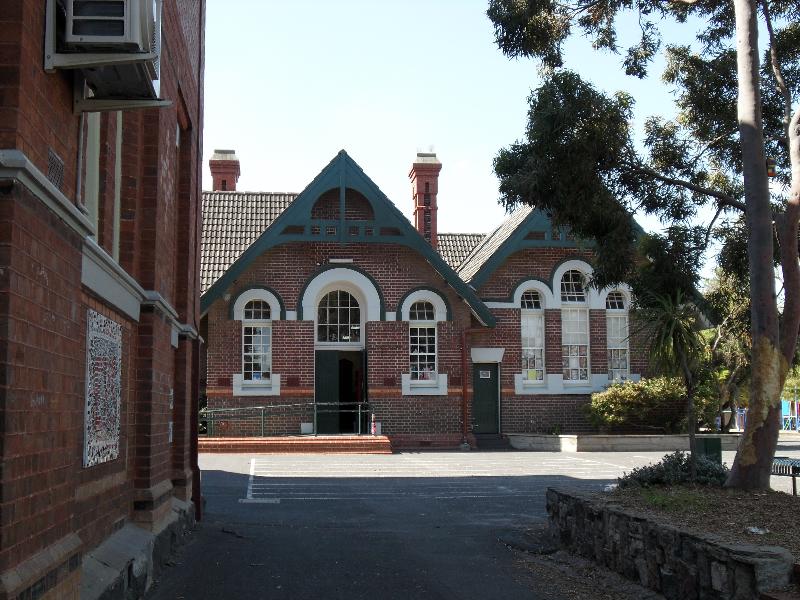 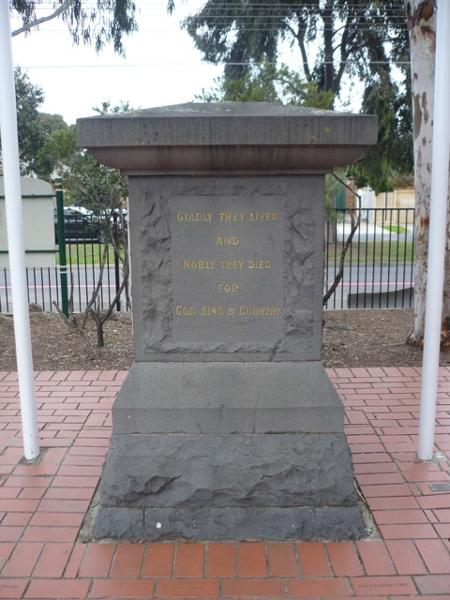 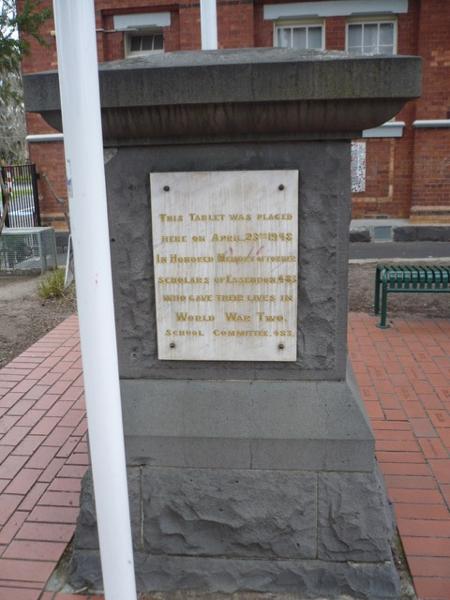 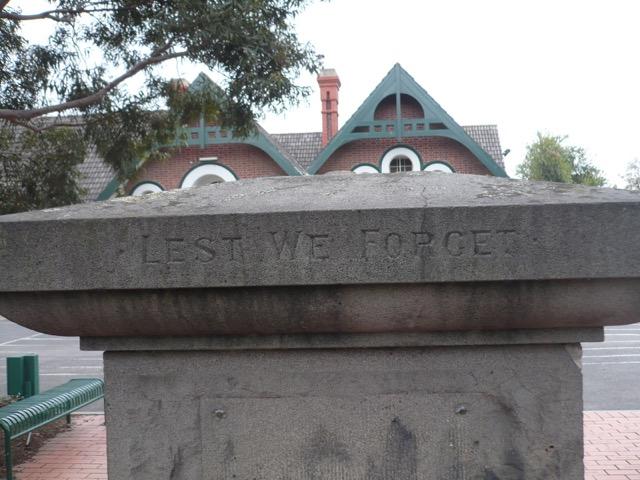 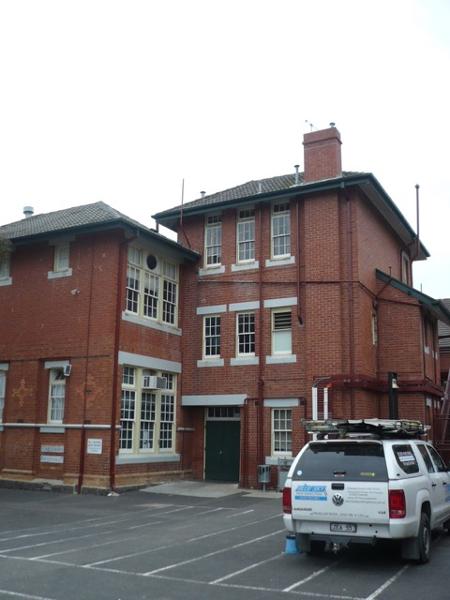 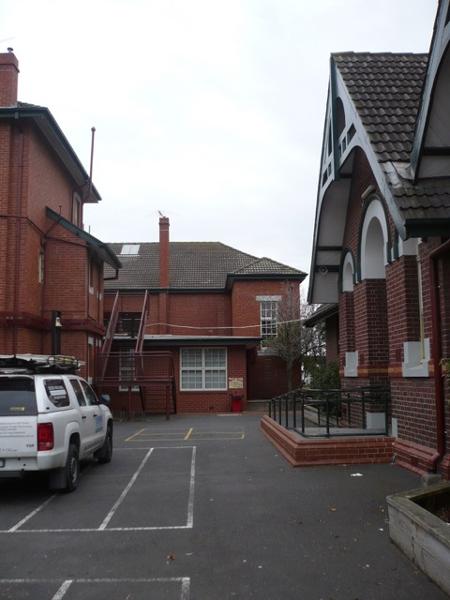 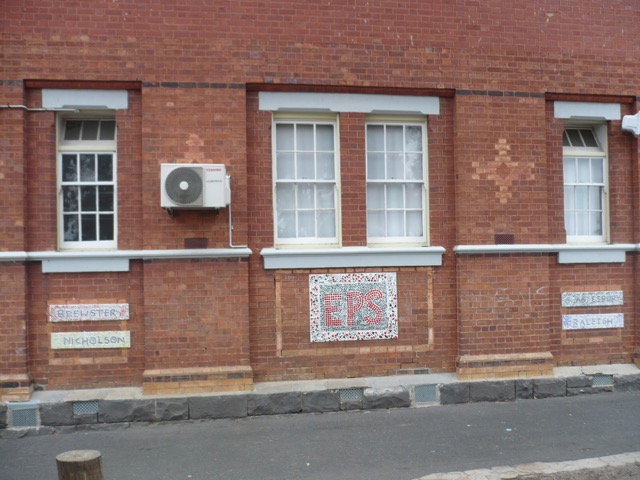 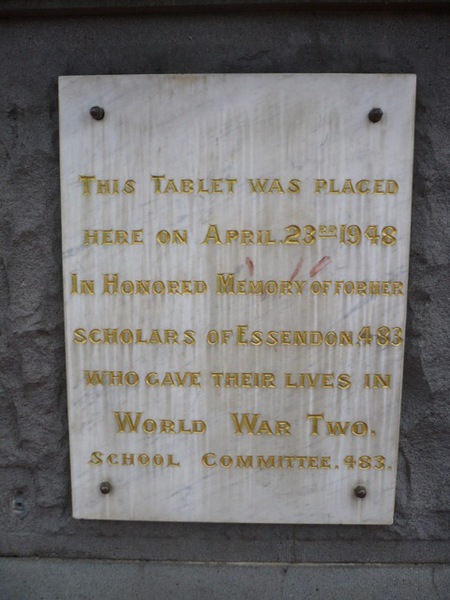 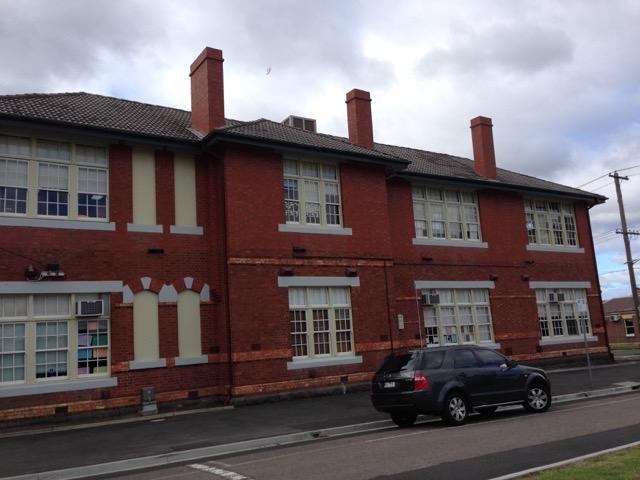 What is significant?
The Essendon Primary School No.483, comprising the infants' school designed by S.E. Bindley and constructed in 1901 and extended in 1911, the 1922 school that incorporates part of the 1880s school, and the war memorial is significant. The infants' school is a polychrome brick building of six rooms. Stylistically, it combines elements of the Romanesque Revival (round-arched windows) with massing and gable treatment typical of the Gothic Revival. The school has a complex gable roof plan reflecting the organisation of rooms with an assembly hall at the centre of four classrooms. Each of the gables has wide eaves and decorative timber trusses incorporating a semi-circular opening which echoes the form of the windows below. Openings are arranged in groups of three, all with round arches and the tallest opening in the middle. There is a band of painted bricks or render that runs at the springing level of the arches and continues around their heads. This is mirrored by a beltcourse of polychrome brickwork at the window sill level. The windows have nine-over-nine double-hung sashes below the arched highlight windows. The school retains large corbelled brick chimneys and the roof is now clad with terracotta tiles, but was likely slate originally.

The main school building is a two and three storey, red brick Georgian Revival building, with typical features including a hipped roof clad in cement tiles, and large banks of multi-pane windows, and tall rectangular chimneys with a stringcourse. A notable feature is the rendered panel set between the windows to the western bay facing Raleigh Street with the name and number of the school. Unusually for schools of this period, the entrance is very discreet. Constructed in 1922, this school incorporates the earlier school buildings on this part of the site dating from the 1880s or possibly earlier. This is demonstrated by:

- The bluestone foundations to some of the walls, which indicates the original extent of the old school.
- The different coloured brick to the parts of the ground floor walls, with contrasting bands of dark and light colour bricks with diaper work evident in some sections of the south and east walls.
- The earlier flat headed windows in the ground floor of the east elevation, and north and south ends of the west wing, and the filled-in round arched windows and flat headed windows in the west elevation.
- The original door frame to the entrance from Raleigh Street.

The war memorial is in the form of a short obelisk constructed of rough and tooled bluestone, which is situated to the east of the 1922 building. On the north face of the memorial 'Gladly they lived and nobly they died for God, King & Country' is enscribed in gold. On the east face is attached a marble tablet with the inscription 'This Tablet was placed here on April 23rd 1948 in Honored Memory of former scholars of Essendon 483 who gave their lives in World War Two. School Committee 483'. On the south face it appears a plaque has been removed. The fascia of the cap above is enscribed with 'Lest We Forget'. The memorial is flanked by flagpoles and set within an area paved with bricks laid to celebrate the 150th anniversary of the school.

Non-original alterations and additions to the Infants' school and the 1922 building and other buildings on the site are not significant.

How is it significant?
Essendon Primary School No.483 is of local historic, social and aesthetic significance to the City of Moonee Valley.

Why is it significant?
It is significant as one of the oldest schools in the City of Moonee Valley and is associated with the early development of schools in the municipality. The Essendon Common School began on this site in 1862 and the present buildings demonstrate the historic development of the school since the late nineteenth century, and the changing approaches to school design in that time. The 1922 building is of interest as it incorporates part of the earlier 1870s or 1880s school building and therefore has potential to yield further information about the history of the school. (Criteria A, C & D)

The infants' school of 1901 is historically significant as the first example of this school type constructed in Victoria and demonstrates the beginning of a new era in educational methods in Victoria during the early years of the twentieth century when efforts were made to provide buildings to serve the particular needs of very young children. The layout of the school with a central assembly hall surrounded by classrooms served as a prototype for the developed designs that followed. It has aesthetic significance as a fine and intact example of a school with Gothic and Romanesque detailing, as expressed in the gable ends and windows. (Criteria A, D & E)

The war memorial is historically significant as a rare example of a war memorial specifically associated with a school and demonstrates the impact the two world wars had upon all aspects of community life. (Criteria A & D)

It has social significance as a school that has been used continuously for over 150 years. (Criterion G)