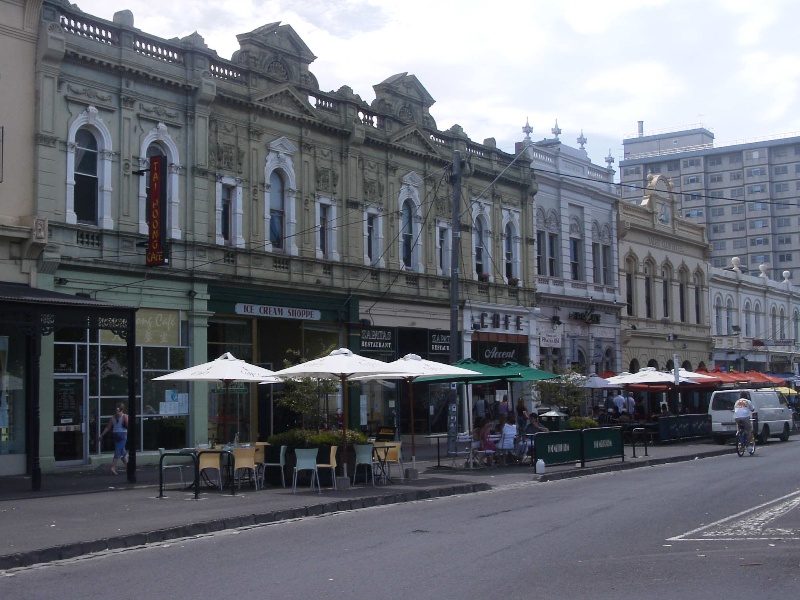 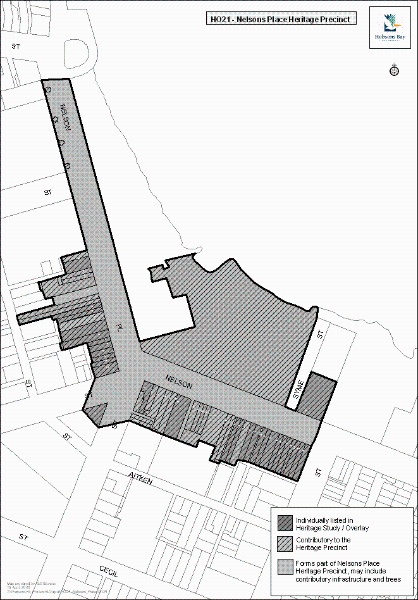 The Nelson Place Heritage Precinct, which comprises all land in HO21 and generally includes all properties fronting Nelson Place between Thompson Street and Pasco Street, Williamstown.

The Nelson Place Heritage Precinct is of local historic, social and aesthetic significance to the City of Hobsons Bay.

Historically, Nelson Place was the first and, until the end of the nineteenth century, the most important commercial centre in Williamstown when it was the main port of Melbourne and therefore played an important role in the development of the metropolis. An integral part of the Government Survey precinct, it includes some of the earliest commercial development in Williamstown and is important for its strong and long standing associations with maritime activities that defines the essential character of Williamstown and distinguishes it within the metropolitan area. It also has strong associations with many important citizens who established businesses here during the nineteenth century. (AHC criteria A4 and D2)

Socially, it has strong associations with the Williamstown community as the historic 'heart' of the town and illustrates how self-sufficient close-knit communities were established during the nineteenth century. (AHC criterion G1)

Aesthetically, it is significant as a cohesive and highly intact nineteenth century commercial precinct, which is distinguished by:

- The continuous and intact two-storey Victorian building grouping which is harmonious in scale and siting and encompasses a variety of architectural detail prevalent in the late nineteenth century commercial development.

- The presence of a number of substantial nineteenth century commercial buildings, especially banks, designed by noted Melbourne architects some of whom had long associations with the building developers.

- The unique visual and landscape relationship between the two storey commercial development in Nelson Place, Commonwealth Reserve and Hobsons Bay, which is not found elsewhere in Melbourne.

- Sections of the roadway in its basic early century layout thus reinforcing the period expression of the precinct, including:

- asphalt and some stone foot paths

- bluestone kerb and channel with verandah fixings evident in the kerb

- The presence in Commonwealth Reserve of several features closely linked with Williamstown's history, including the Wilkinson Memorial Fountain (Refer separate citation), the Nelson anchor and swivel, the Tide Gauge House.

- The mature planting, rotunda and trees in the Commonwealth Reserve that provide a related period setting for the architecture.