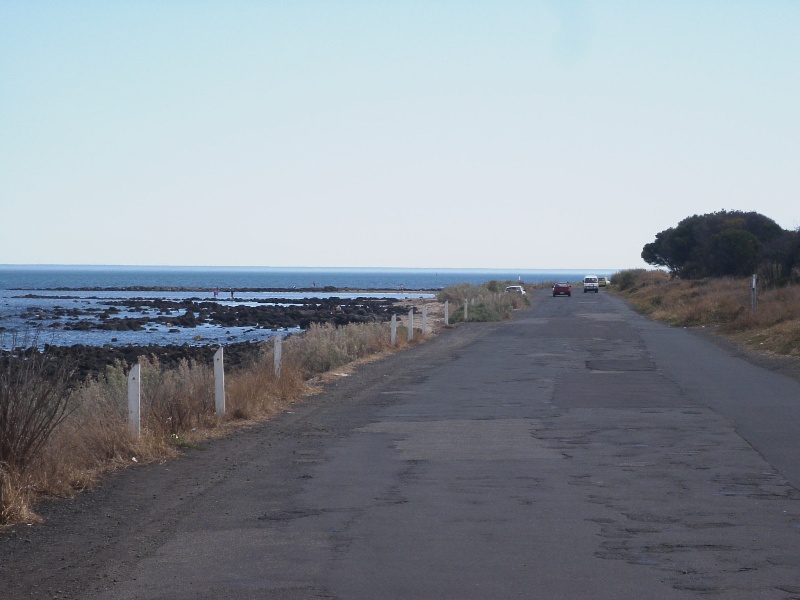 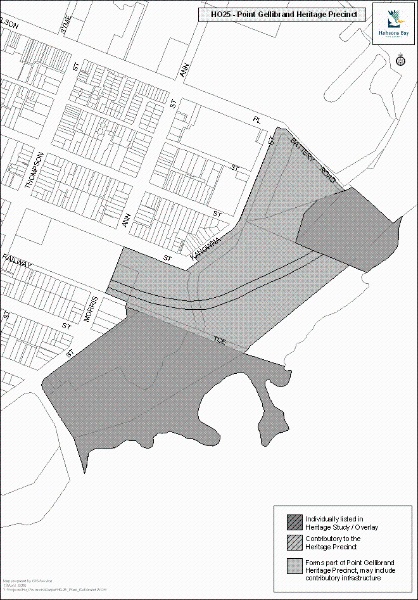 The Point Gellibrand Heritage Precinct, comprising approximately24 hectares of foreshore land bounded by Kanowna Street, Hamner Street, Ann Street, Morris Street and the Cyril Curtain Reserve in the south, and the coastline to the east.

The Point Gellibrand Heritage Precinct is of local historic, social and scientific (archaeological) significance to the City of Hobsons Bay.

Historically and socially, Point Gellibrand is significant for its important roles as a centre of maritime, land transportation and communications activities that were essential to the earliest non-indigenous settlement and development of both Williamstown and Victoria for the following reasons:

- Point Gellibrand was the site of the first permanent European settlement in the Port Phillip district. It was strategically important in terms of the defence of the infant Colony of Victoria and was the first landfall and primary disembarkation point in the colony up until the 1850s.

- The strategic importance of Point Gellibrand is demonstrated by Fort Gellibrand, which was one of the first steps towards the setting up of a defence system for the infant settlement of Port Phillip.

- The Timeball Tower demonstrates the important role of Point Gellibrand in protecting shipping, in providing standard time signals and transmission messages and for its role in the charting of the Bay.

- The important role of the dockyard in both State and Australian history as first the State and then the Commonwealth Shipbuilding Yard. The Alfred Graving Dock was the major single government work of its time in Victoria and one, which captured the public's imagination.

- The important role of Gellibrand, Breakwater and Nelson (Railway) Pier in the export of wheat and wool and the foundations of the unfinished wheat silos, which represent the collapse of this vitally important trade as far as Williamstown is concerned.

- The land corridor which once contained the original lines between the Williamstown Railway Station Precinct and the Gellibrand Pier and Time Ball Tower is historically significant as a tangible visual and physical reminder of the important historical link between the Williamstown line and the railway workshop, railway yard and port activities carried out at Point Gellibrand. The railway workshops were the first in Victoria and served the whole of the State until they were removed to Newport in 1889.

Historically and socially, Battery Road is significant for its strong associations with the Williamstown community for its use, both formal and informal, since the late nineteenth century as a public promenade for leisure and ceremonial purposes. (AHC criterion G1)

Scientifically, Point Gellibrand is also significant for its archaeological deposits, which have significant educative and illustrative potential for demonstrating an important formative period in Victoria's settlement. (AHC criteria A4 and D2)