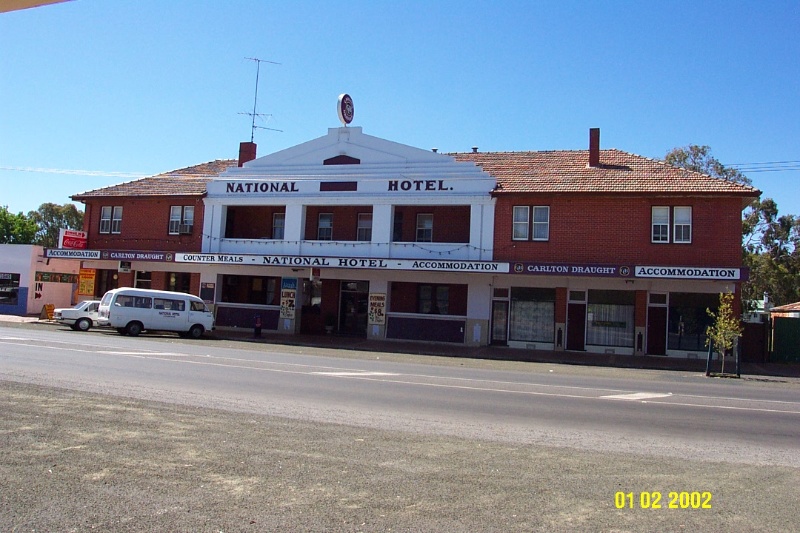 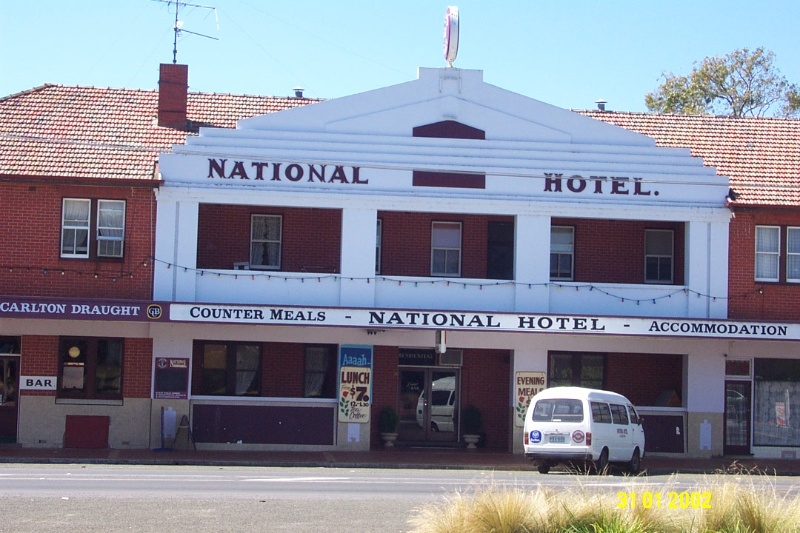 The National Hotel, formerly the Shamrock Hotel, at 70 Whyte Street, Coleraine is the second hotel building on the site. The original licence was issued in 1868. The present building was constructed under the ownership of the Ballarat Brewing Company in 1934, an unusual time for such a large building, considering the Depression. The building, which retains its original function, is located in the centre of the town and is one of a cluster of hotels, some now demolished or delicensed. It is in excellent condition and is substantially intact externally and internally.

The National Hotel, 70 Whyte Street, Coleraine is of architectural and historical significance to the community of Coleraine.

The national Hotel is of architectural significance as one of the largest and most imposing buildings in the main street, and of historical significance as the site of one of the earliest hotels in Coleraine and for its continuing role in the provision of accommodation, food and other services to the travelling public.