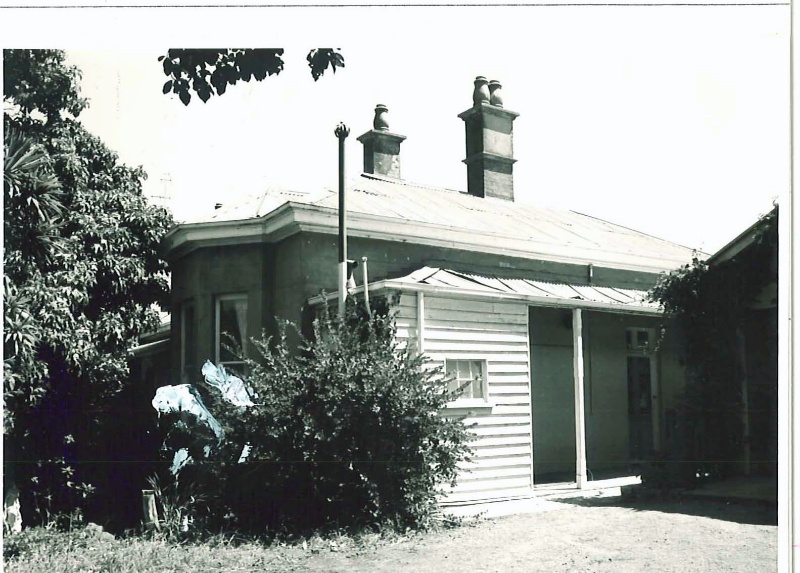 SIGNIFICANCE: »Notable for its occupants and owners, the house is a modest example of the Italianate style and uses an early plan lay-out. The Brachychiton acerifolius, Illawarra Flame tree in the front garden is notable.

This house has local significance especially for its historical associations with a number of important early Hamiltonians including Thomas Ross, schoolteacher, Richard Heath (c1815-1895), publican, in the 1870s; and the auctioneers George Dilnot (1852-1892) in the late 1880s, and John Stewart (1868-1944) in the 1900s. The earliest portion of the building may date from 1866 or earlier when Ross owned and occupied a small house on the site. ([i]) During Richard Heath's owner/occupancy from 1877 to c1885, the brick house had additions which may have doubled its size. ([ii]) Heath, who managed Hamilton's first hotel, the Grange Inn, from 1854-1864 was one of the first municipal councillors in 1859. ([iii]) Dilnot, who became the new owner in the late 1880s, floated a Western City Brewing Co. and managed it until his death, and also in 1888 he floated the Victoria Bee Co., which established an apiary at Dunkeld. ([iv]) John Stewart, as well as being a local auctioneer and property owner, was Mayor of Hamilton from 1901-1914. ([v])

The final style of the house can be described as Italianate, the most common for domestic buildings during this period and this is a typical and sober example. Little now survives of the original garden however the Brachychiton acerifloius, Illawarra Flame tree in front of the house indicates an early garden form.