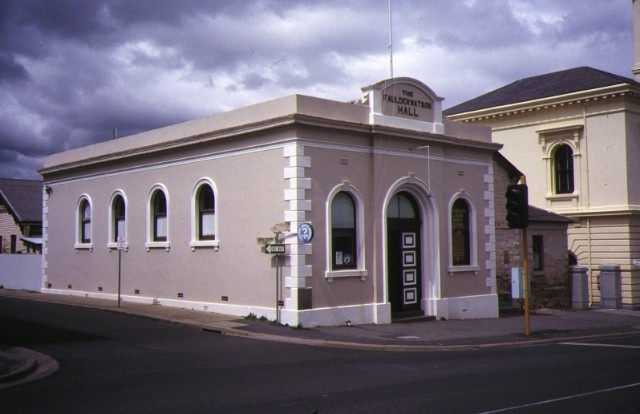 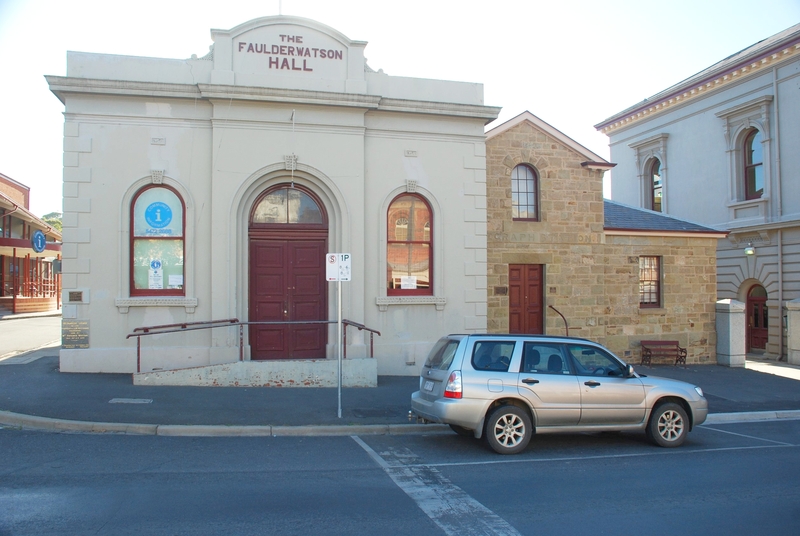 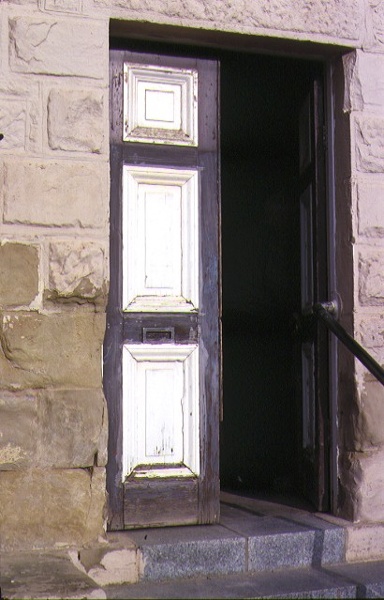 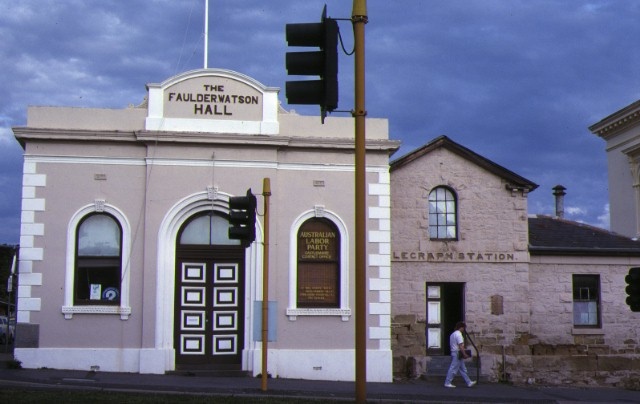 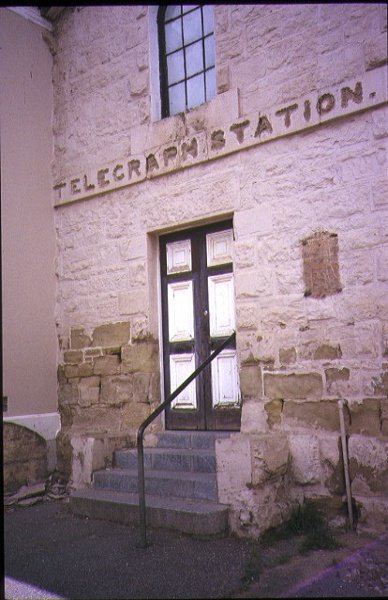 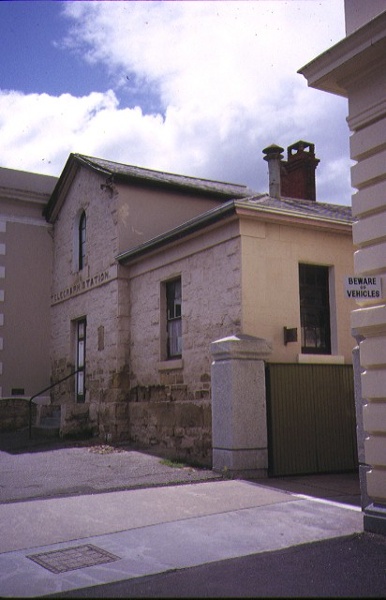 The Castlemaine telegraph office was one of four opened on the Sandhurst line in January 1857, the others being at Sandhurst, Kyneton and Gisborne. It was the first major public building erected within the government reserve of 1853 (after the initial camp) and remained in use as a telegraph office until 5 July 1875 when the equipment was transferred to the new post office.

The building was constructed by local contractors Campbell and Thompson to a design by the Public Works Department (at that time under the direction of Charles Pasley). It is a freestone building with a slate roof and was originally designed as a two storey gabled building with two single storey flanking wings with hipped roofs. The northern wing was added in the 1860s.

From April 10th 1891 the telegraph office was leased by the Castlemaine Pioneers and Old Residents Association for 1 shilling per annum to be used as clubrooms. The association had been founded on the 17th March 1880, membership at the time being limited to residents of the district of twenty five years standing (pioneers) and persons who had resided in the district for not less than fifteen years (old residents). The aims of the association included loan assistance to members, the promotion and advancement of native born Victorians and the promulgation of facts concerning the early history of the district.

On the October 27th, 1893 the Association acquired the property by Crown grant and shortly thereafter demolished the northern timber part of the telegraph office to make way for a new hall. The foundation stone of the present hall was laid on the November 20th, 1893 by Mrs Charlotte Watson, the widow of Faulder Watson, late publican of the imperial hotel in Castlemaine. Mrs Watson also offered a donation of £250 towards the cost of the hall provided it was named after her later husband. A donation of £50 was also received from
Mrs Edward Fitzgerald.

The hall was opened on the night of the March 27th 1895 with a banquet and a dance and since that time has been used as an entertainment venue and for a variety of community activities including scouts, dancing classes, gymnastics and lodge and political meetings.

Faulder Watson hall is a rendered brick building of simple lines which commemorates the formation of one of the earliest historical societies in the state and which has provided a focus for community activities for nearly a century.

The former telegraph office, which was later united with the hall as a kitchen and museum, is of significance as an indicator of early government administration on the goldfields and the development of communications in the colony. The later association with the Castlemaine Pioneers and Old Residents Association is also of interest showing as it does the transition from a mining town to a settled society.