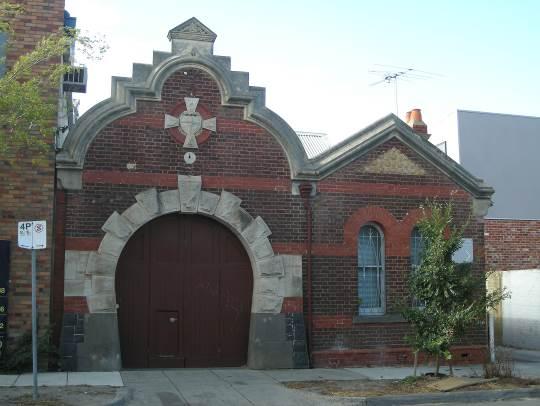 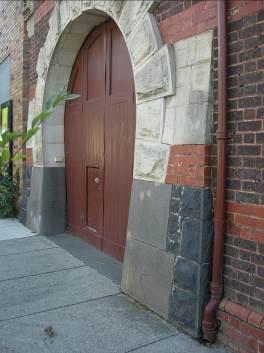 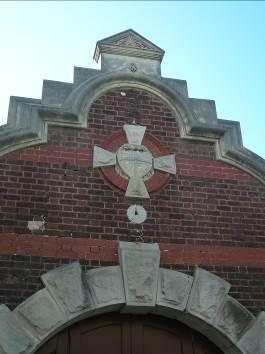 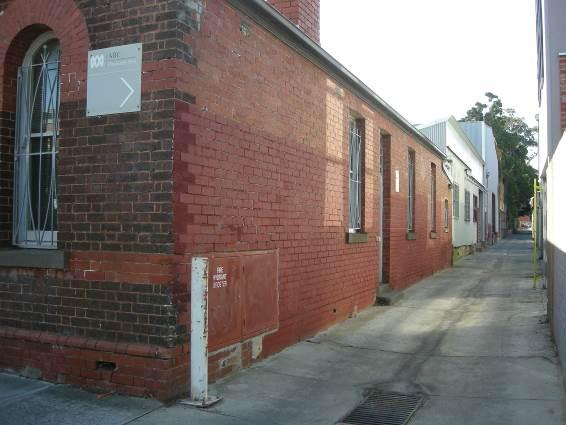 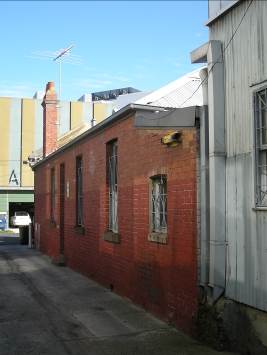 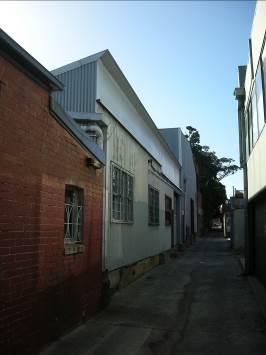 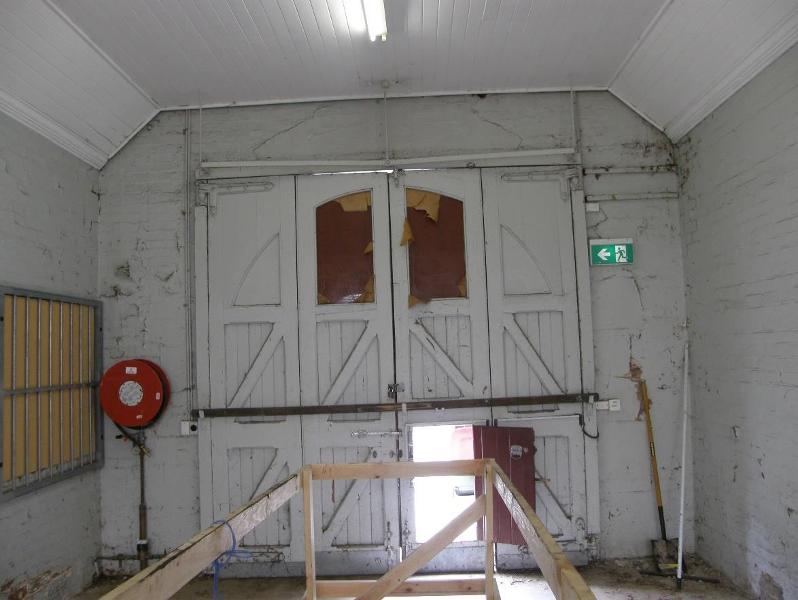 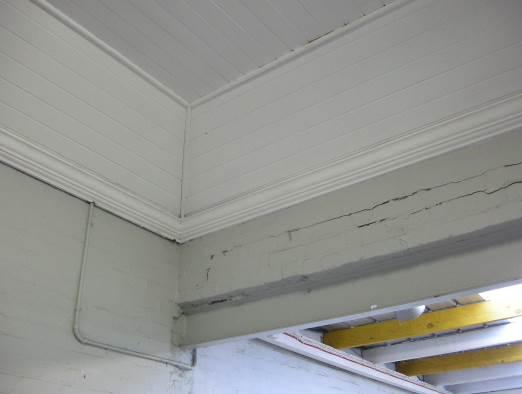 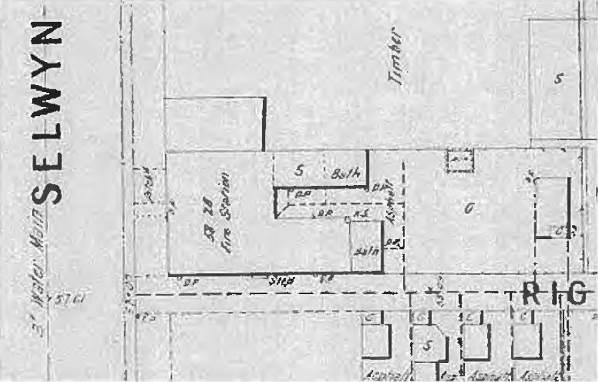 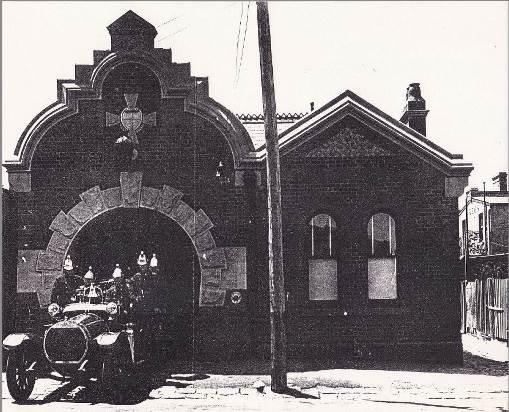 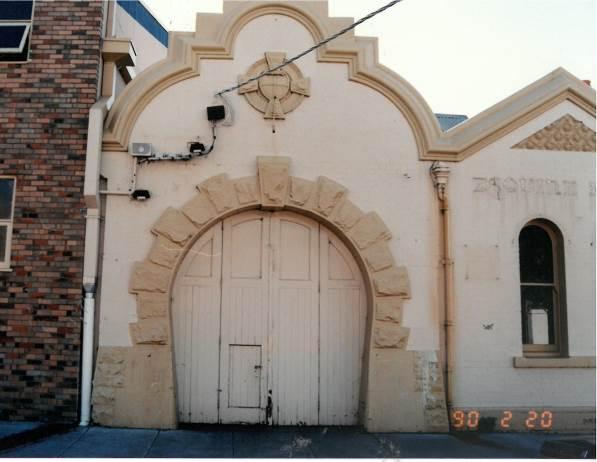 The Former Elsternwick Fire Station was built and commenced operation in 1896. It was one of 32 new fire stations built between 1892 and 1896 by the newly formed Melbourne Metropolitan Fire Brigade ('MFB') to form a comprehensive fire-fighting network across Melbourne. The MFB was established in 1891 as Victoria's government-run fire-fighting service in Melbourne and its growing suburbs. By 1918 motorised fire engine appliances had replaced horse-drawn fire vehicles across the metropolitan area, and the consequently larger areas that fire stations could protect meant the 1896 Elsternwick Fire Station was one of many which was becoming obsolete. The MFB continued to use the Elsternwick Fire Station up until the Station's closure in 1926. From 1927 the former Fire Station was leased by neighbouring timber merchants JJ Webster Pty Ltd who subsequently purchased the property from the MFB in 1934. From 1954 the 'Esquire Motors' car repair business traded at the site, and changes to the former Fire Station building including the complete enclosure of its yard by corrugated steel walls and roofing appear to have been completed in the mid-1950s. In 1990 the Australian Broadcasting Corporation ('ABC') purchased the former Fire Station together with five other adjoining land parcels in Selwyn Street. From that time until 2017 the former Elsternwick Fire Station has been used by the ABC as office and storage space in its Selwyn Street television studio complex.

The Former Elsternwick Fire Station consists of an 1896 building on Selwyn Street and adjoining 1950s-built additions under a group of skillion and flat roofs to the 1896 building's east/rear. The single-storey 1896 building has walls of brick and stone construction with an asymmetrical principal facade built to the Selwyn Street (west) site boundary. A stone-framed horseshoe arch entrance to the former Station's fire engine room is the dominant feature of this facade. The arch features a carefully-detailed composition of rusticated and smooth-faced limestone, trachyte and fine axed basalt, and frames the engine room's original bi-fold timber doors. This portion of the Selwyn Street facade is surmounted by an Anglo-Dutch gable with a central large heraldic emblem which contains what appears to be the 1891 MFB-designed corporate shield. Most of the original eastern masonry wall of the fire engine room has been removed to create a larger garage area, most probably in the mid-1950s. Several courses of this wall's original brickwork remain above a steel lintel. The garage area's floor is a concrete slab and is also likely to have been installed in the mid-1950s. The south elevation of the Former Elsternwick Fire Station is built to the site boundary along an un-named lane. Conventional timber-framed pitched and hipped roofs above the original former Station building appear to have retained their original form, but the original roofing slates have been replaced by corrugated steel sheeting. A corrugated galvanised steel-clad external wall and skillion and flat roofs, which are likely to date from the mid-1950s, completely enclose the east/rear portion of the site. The area beneath these roofs is divided by timber-framed partition walls into four separate storage areas and a small lavatory/washroom area. Apart from ceramic tiles in these lavatories, the floors of the 1950s-built spaces are concrete floor slabs. The north and east boundaries of the Former Elsternwick Fire Station site abut the corrugated-steel sheeting clad walls of a large building containing production and storage areas in the ABC's Selwyn Street television studio complex.

This site is part of the traditional land of the Boonwurrung people.

The former Elsternwick Fire Station is of architectural, cultural and historical significance to the State of Victoria. It satisfies the following criterion for inclusion in the Victorian Heritage Register:

The Former Elsternwick Fire Station is significant at the State level for the following reasons:

The Former Elsternwick Fire Station is historically significant as one of the 10 remaining fire stations of the original 32 built for the newly established Melbourne Metropolitan Fire Brigade ('MFB') during the four-year period 1892 to 1896. These fire stations were constructed following the establishment in 1891 of the MFB, Victoria's government-run fire-fighting service for metropolitan Melbourne and its growing suburban population. These new stations formed a crucial part of the MFB's fire-fighting network across Melbourne. The Former Elsternwick Fire Station clearly demonstrates the historical development of fire-fighting services in Melbourne, especially the expansion of the newly-formed MFB throughout Melbourne's suburbs during the 1890s. [Criterion A]

The Former Elsternwick Fire Station is architecturally significant as a fine example of a late nineteenth century fire station. Constructed shortly after the establishment of the MFB, it displays characteristics of its class of place that remain mostly unchanged from the former Station's historically important period of development and use. A particularly strong element of the Former Elsternwick Fire Station is the large and strikingly-detailed stone horseshoe arch, designed for horse-drawn fire-fighting vehicles, at the street entrance to its fire-engine room. [Criterion D]