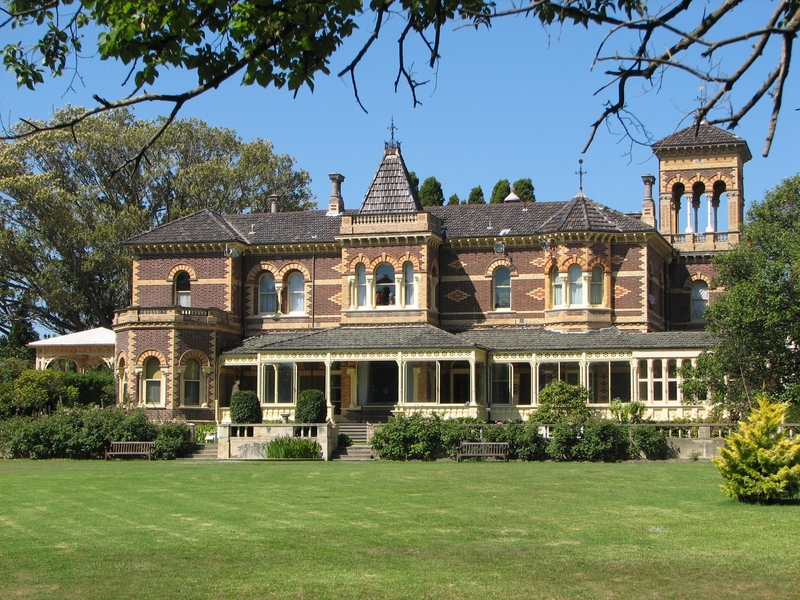 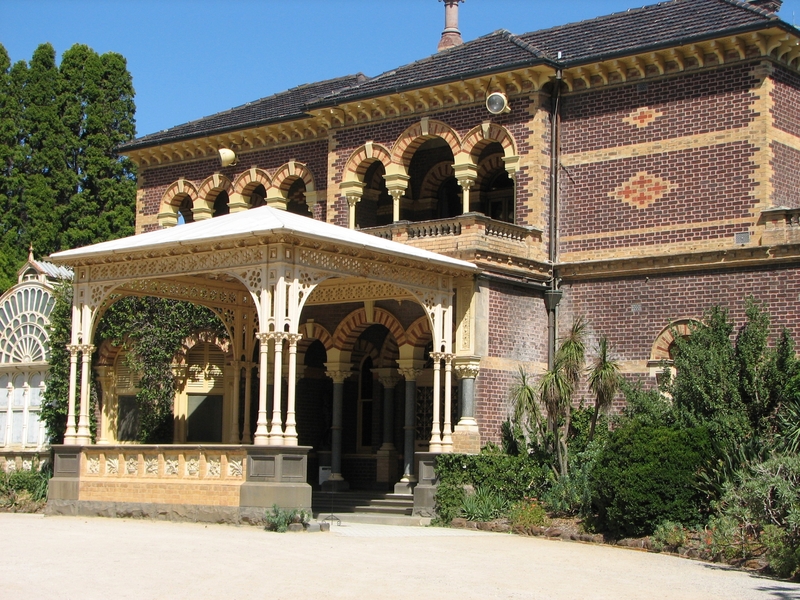 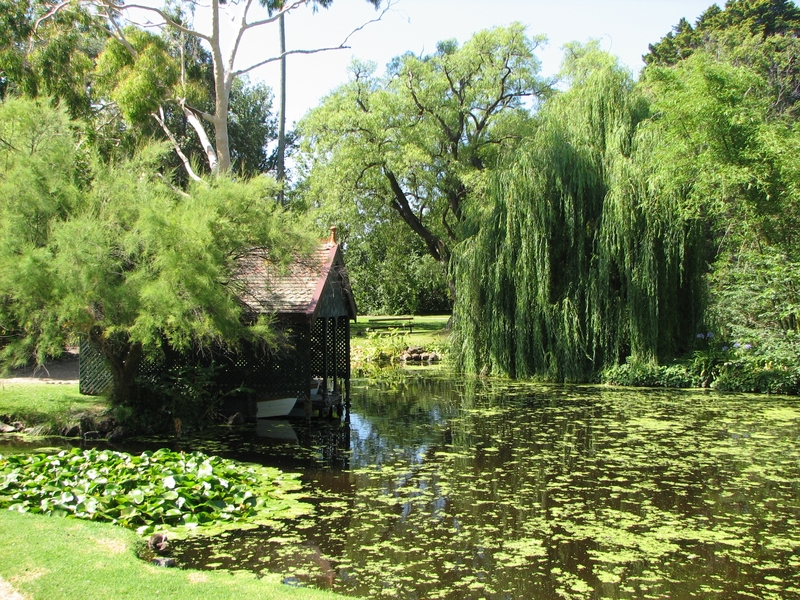 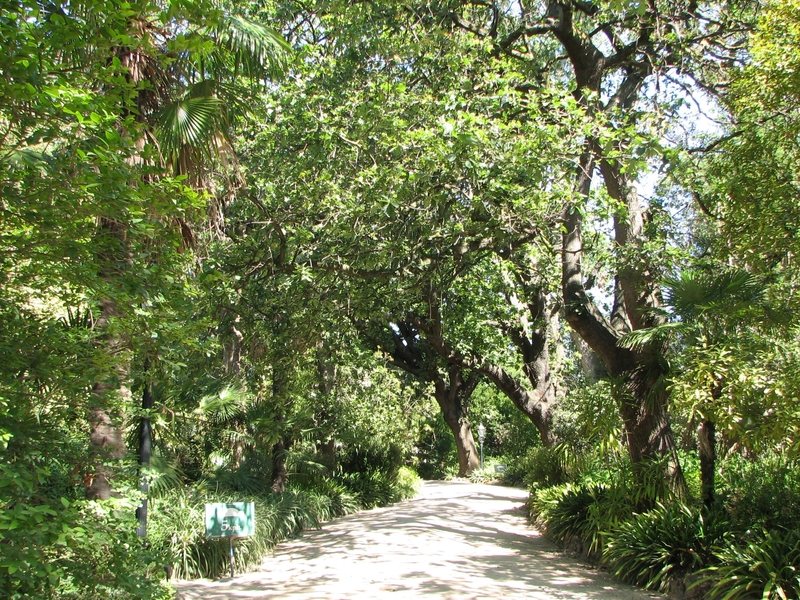 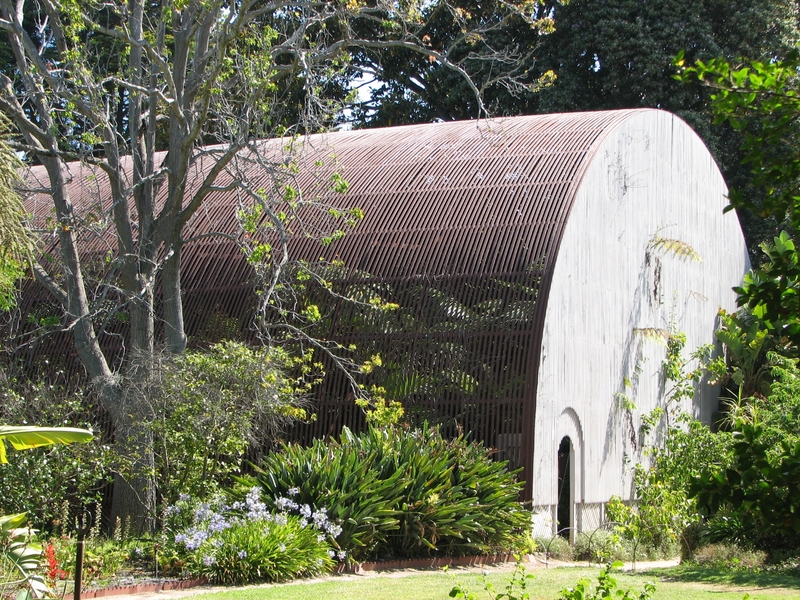 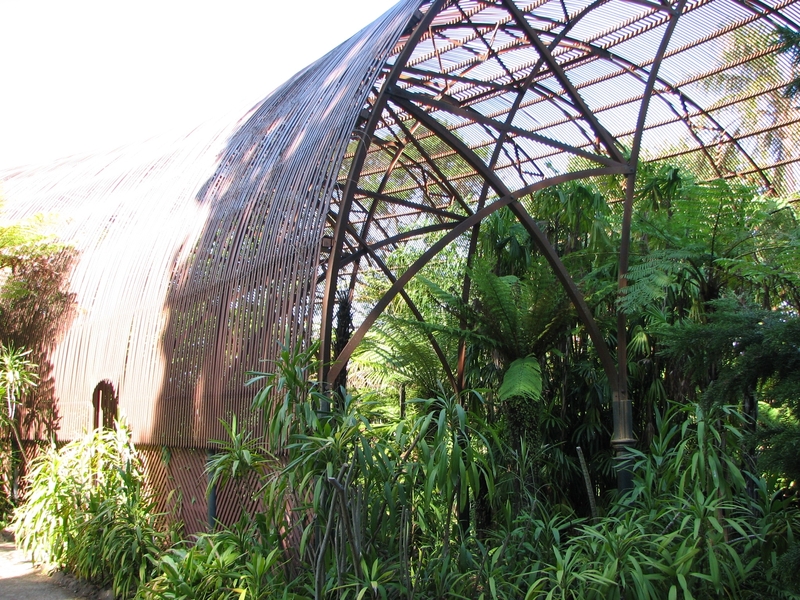 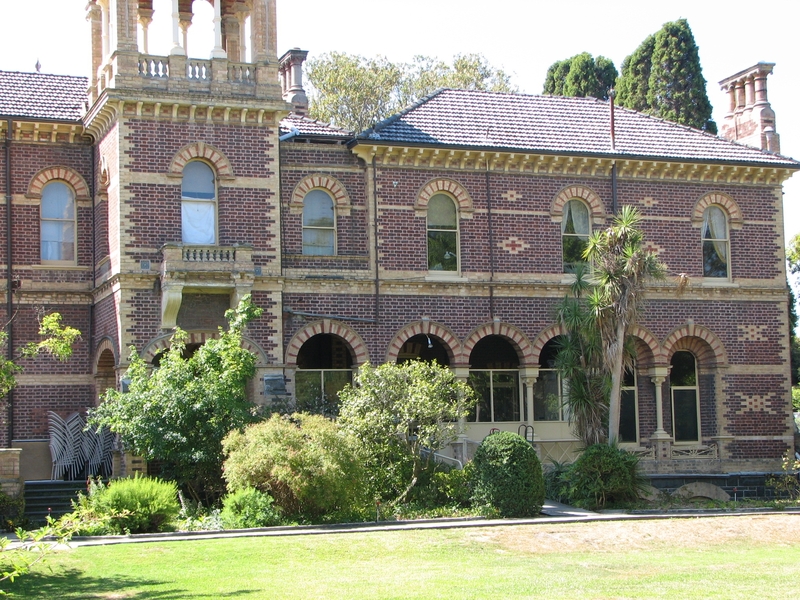 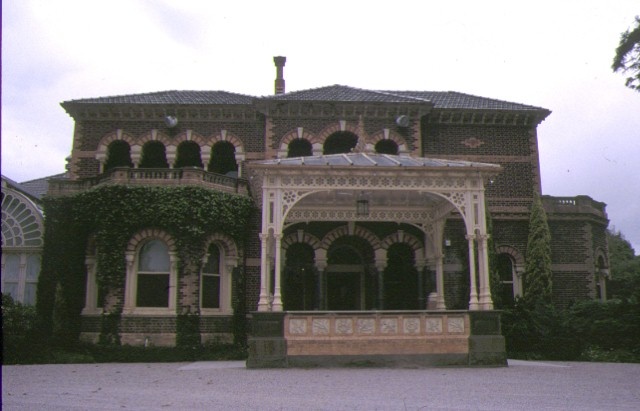 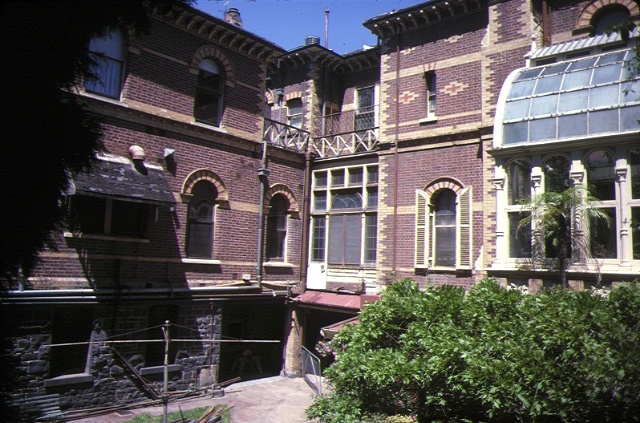 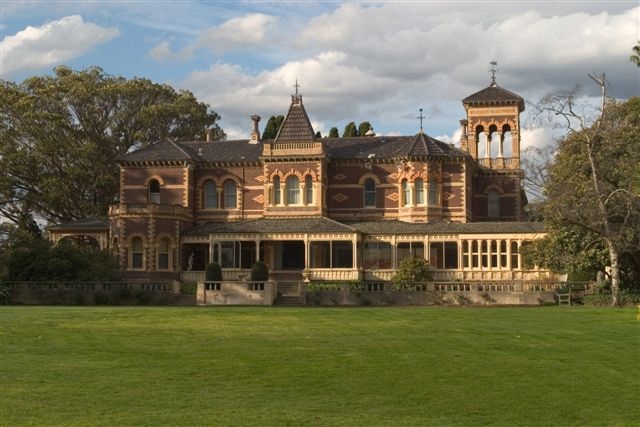 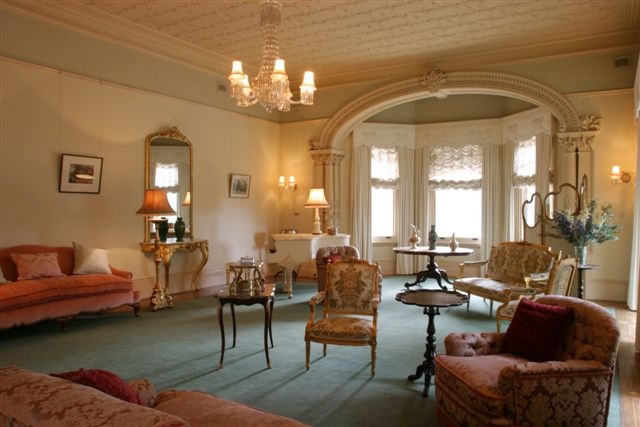 Rippon Lea was commenced in 1868 by Frederick Sargood, a most successful politician and merchant. He was born in England in 1834 and arrived in Melbourne in 1850. He soon joined his father's wholesale soft goods firm, spending some time as its manager on the goldfields. Sargood entered the Legislative Council in 1874. He was Victoria?s first Minister for Defence in 1883. Sir Frederick Sargood was created CMG. In 1885 and KCMG in 1890 as a reward for his contribution to public life. He died suddenly in 1903.

Rippon Lea was designed by the leading firm of architects, Reed and Barnes. Joseph Reed had travelled in Europe in 1863, including northern Italy. When he returned he introduced the use of polychromy. While not the first examples, Rippon Lea and the Independent Church in Collins Street were the best and set a fashion which became a distinctly Melbourne style, particularly used for houses and churches. Its popularity was possible because of the new availability of different coloured bricks. Reed's fine Lombardic Romanesque details soon became debased by others.

As Sargood's family grew and his fortunes prospered, Rippon Lea was extended to include 33 rooms - a complete mansion. The cast iron porte cochere and the northern conservatory were added in 1897. The architects were Taylor and Fitts. The ballroom was added in 1882 and remodelled in 1889. Many alterations have changed the interior and exterior during the ownerships of Benjamin Nathan and later his daughter Mrs Louisa Jones in the 1930s and are in their own right of significance.

Sir Thomas Bent owned the property from 1903 until 1911 but never lived there. He subdivided much of the land. The original garden dates from about 1868, and it seems that William Guilfoyle of the Botanic Gardens was involved. It was redesigned in a more natural style in the 1880s by Sargood and his head gardener, Adam Anderson. The lake, waterfalls, fernery, hill and grotto are balanced by mighty deciduous trees and conifers. These are interspersed with, but never dominated by Australian species such as eucalyptus and other exotics. The sinuous drive with its carefully prepared approach to the house is notable. The original vegetable gardens, orchard and outer paddocks no longer survive. The shade house is important as the largest known in Australia and possibly the world. Its curved plan and form of construction are particularly notable. It was built about 1884.