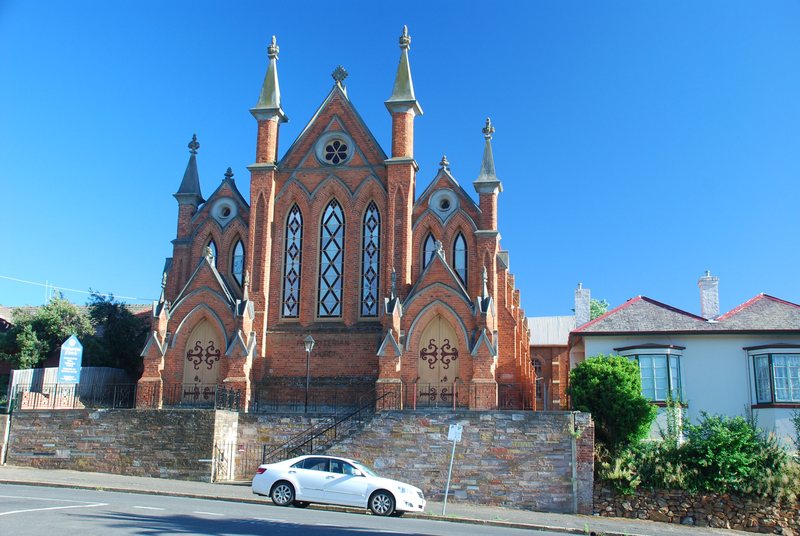 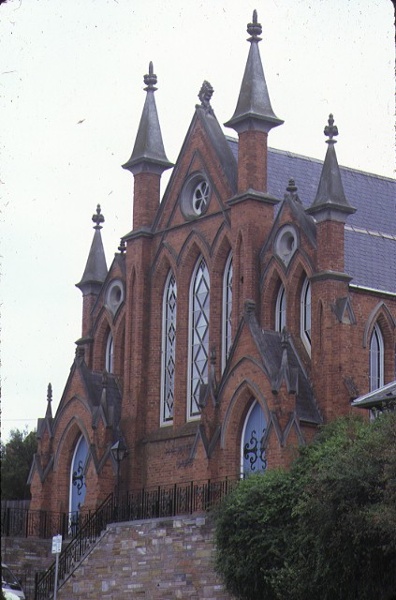 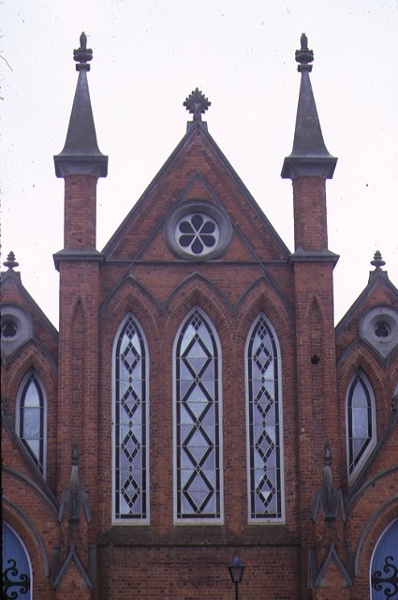 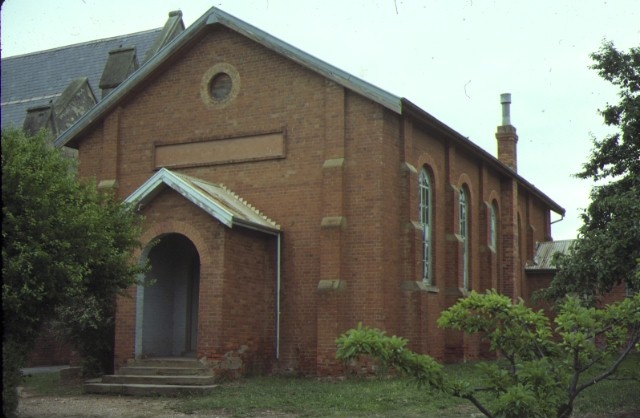 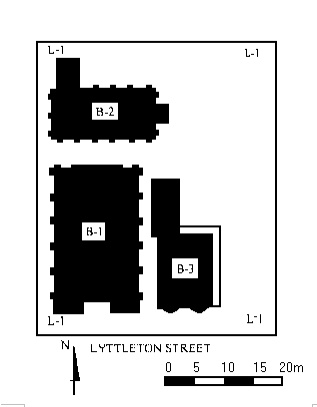 What is significant?
This complex contains three buildings, constructed for the Congregational, or Independent, church in Castlemaine. The earliest building was constructed in 1855 as a temporary church, Sunday and day school. Designed by architect and surveyor, Clement Wilks, the foundation stone was laid on 7th March 1855 and the building erected towards the rear of a site obtained in Lyttleton Street. In 1857, a manse was built at the front of the site and in 1861-2 the adjacent church was constructed to the design of Castlemaine architect, Edmund Spencer. The foundation stone of this substantial church was laid on 30th September 1861 and, when completed, it superseded the earlier church which was then used as a hall.

The first church building is constructed of unadorned brick and designed in a simple Georgian style. Step buttresses divide the nave into bays, each containing a round- headed paned window. A simple porch, forming the main entrance, is also flanked by stepped buttresses. A timber belfry was originally placed at the apex of the roof.

The manse, built two years later, is a rendered building with slate roof and paned windows, including two polygonal bays facing Lyttleton Street. The house is orientated to the east side of the site with entry and a verandah, with simple timber valence, along this elevation.

The second church, built only six years later, is designed in a Gothic style. It is of deep cream brick with render contrasts and a slate roof. The symmetrical front facade is divided into three bays, with the central nave section featuring a triple lancet window of strongly coloured glass. Two flanking entrance bays contain doors with elaborate wrought iron strap work, and large pinnacles flank the entrance porches and the main facade itself. Paired lancet windows line the aisles and internally cast iron columns support the timber roof trusses. In 1885 the original lath and plaster ceiling was replaced with kauri pine lining boards, a choir gallery was erected and a pipe organ installed. This organ, previously installed at other locations, was sold and removed in 1978-9.

The church became redundant due to unification in the late 1970s and was subsequently purchased by the Presbyterian Church of Victoria in 1984.

How is it significant?
The former Congregational Church complex is of architectural and historical significance to the State of Victoria.

Why is it significant?
The complex is of architectural significance as an illustrative collection of intact church buildings. The 1855 church is of note as an example of an early provincial, goldfields church, designed in a simple Georgian style. The Gothic design of the latter church is highly distinctive, incorporating exaggerated pinnacles, strongly coloured glass and wrought iron strap work. The contrasting styles of the two church buildings are illustrative of the increased wealth generated in provincial Victoria as a result of gold discoveries.

The former Congregational Church complex is of historical significance as a record of the establishment and growth of Congregationalism in a Victorian provincial centre. It is an intact church complex of the mid 19th century which reflects the prosperity engendered by the gold discoveries in Victoria from the 1850s.
[Online Data Upgrade Project 2004]