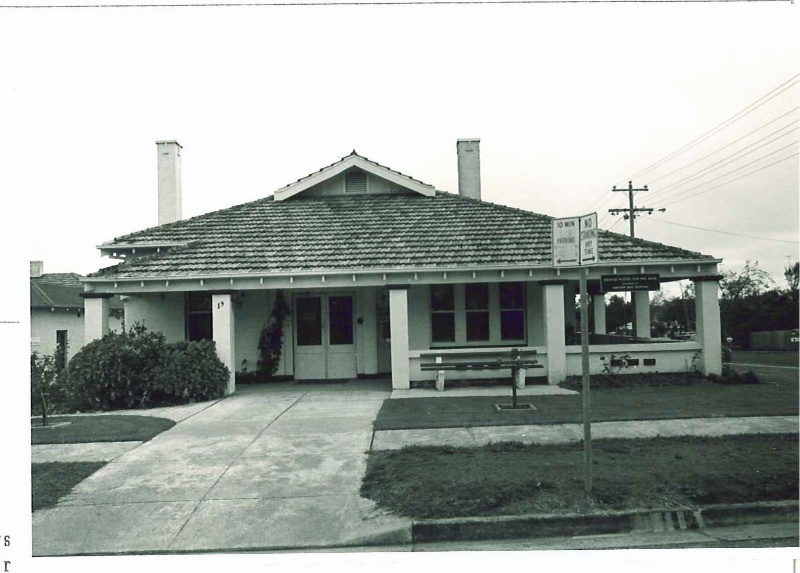 SIGNIFICANCE: »As one of Hamilton's hostels for the aged and for its association with Dr S C Fitzpatrick and the Hamilton Base Hospital. Is an important contributor to the streetscape with its low forms and traditional domestic detailing.

This building has local significance because of its associations from the 1920s with Hamilton's hospital services and particularly with Dr Samuel C Fitzpatrick (c1892- ) who became the new Medical Superintendent of the Hamilton Hospital in 1920. With some other Hamilton citizens including Tom Robertson of Murtoa and F E Levy, manager of Thomsons Store, in the mid-1920s Robertson established the Kia Ora Private Hospital at 19 Gray Street. ([i]) It was still known as the Kia Ora in 1938 but in the 1950s became known as "The Grange" and finally, in the 1970s, as the Grange Hostel, when it was owned by the Hamilton Base Hospital. ([ii])

The style of the buildings is the domestic vernacular of the interwar period. The buildings are all low in scale, traditional in form and conventional in detail for that time. The main building is an important element at the centre of the Church Hill area and is a foil for the very significant Fleetwood opposite with which it is associated at least by having the same gardener. The building is substantially intact and in good condition. It is an important contributor to the streetscape with its low forms and traditional domestic detailing.