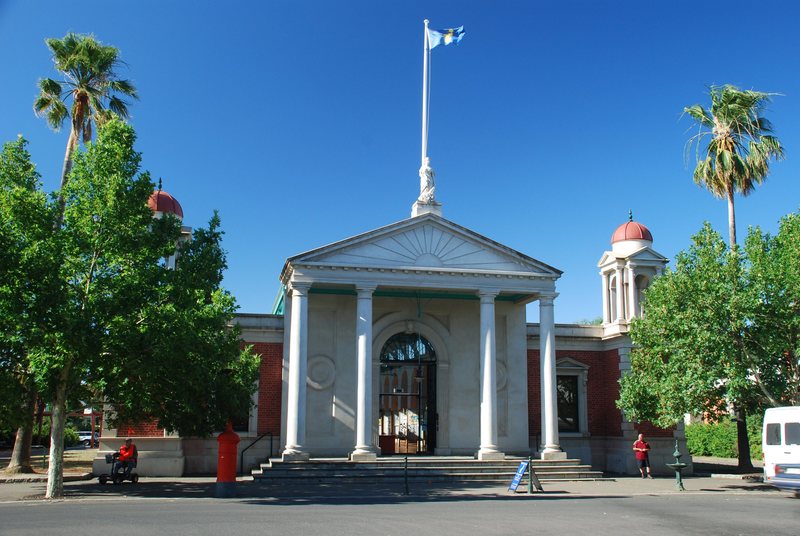 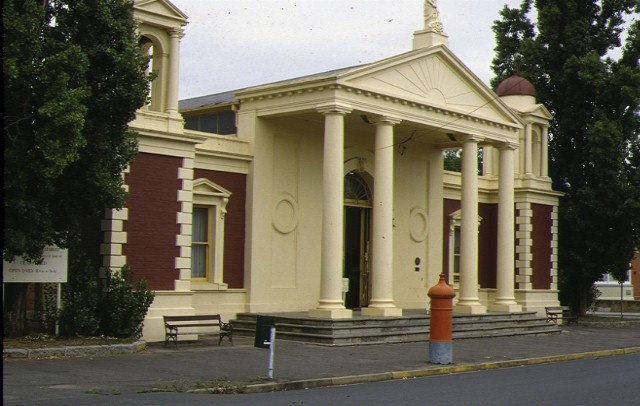 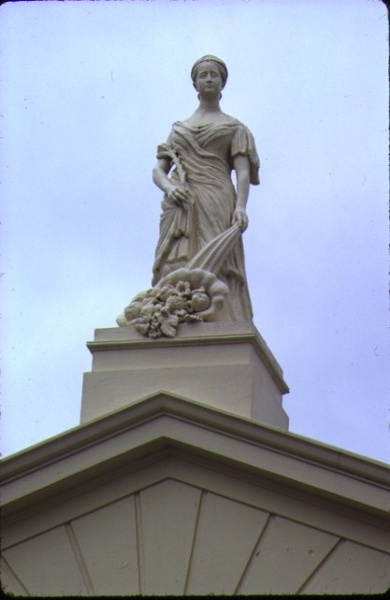 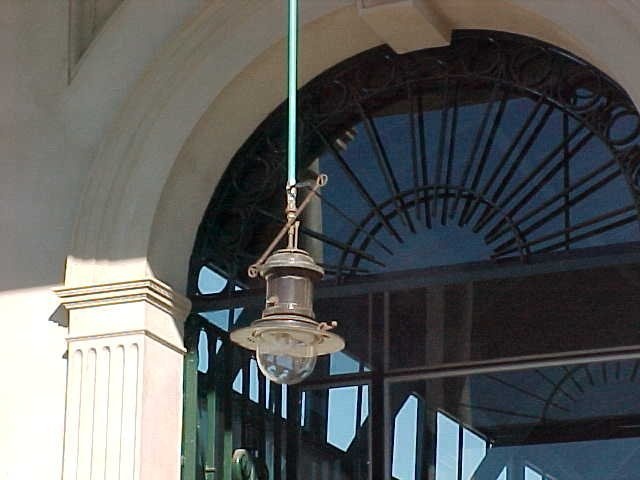 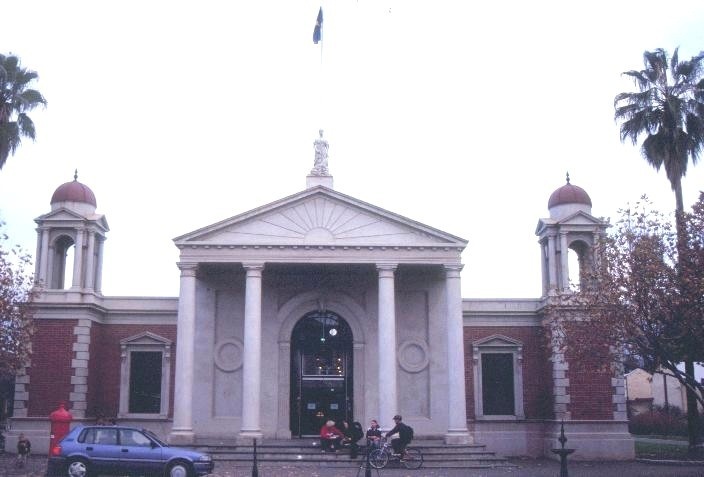 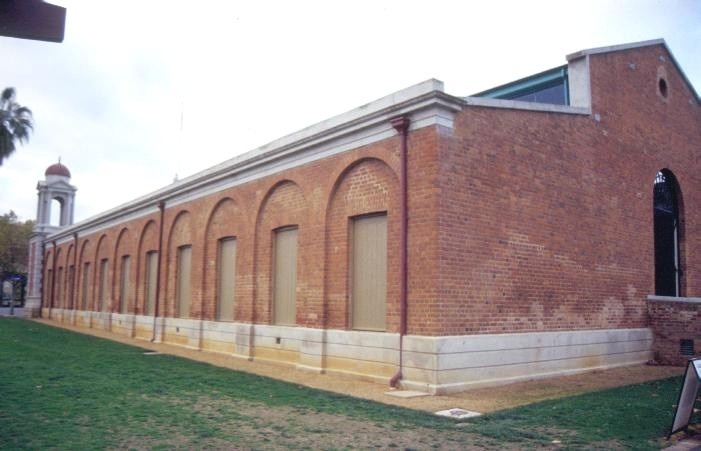 What is significant?
The Castlemaine Market originally contained 22 shops for the sale of local fresh foods and products. It was one of three market buildings arranged geometrically around an arcaded water tank built over the town well in Market Square, in the centre of Castlemaine, one of the premier mid 19th century gold rush towns of the Central Victorian Goldfields. The two earliest red brick market buildings, known as East and West Markets, were erected in 1858 to the design of Edmund Spencer, the town surveyor. In1861/2 an imposing North Market, the present Classical Revival building, was designed by the town surveyor, William Beynon Downe. The inspiration for the design has been attributed to works by British classical architect and surveyor general, Sir Christopher Wren (1632-1732) and Charles Fowler (1791-1867), noted for his mid 19th classical styled market designs in England.

During successive decades Market Square was beautified but the First World War brought a change in economic and social direction to the town. The East and West Market buildings were demolished in 1918 and 1919, respectively, to make way for a new high school, now recycled as part of Coles supermarket; the Return Soldiers League Club rooms, a memorial garden, Victory Park and War Memorial were established in the square to the west of the market building. Coinciding with the Second World War, the 1865 palms trees were replaced with Lombardy poplars. In response to community outcry over plans for construction of a State Electricity Commission substation on the North Market site, the National Trust listed the building in 1959; and when market trading ceased in 1967 the building was acquired by the National Trust in a deteriorated condition. Subsequently restored in 2000 the building was leased to Mount Alexander Shire Council for use as a Tourist Information Centre and focus for the Mount Alexander Diggings Trail, a guide to the Central Victorian Goldfields.

How is it significant?
The Castlemaine Market is of historical, architectural, technical and social, significance to the State of Victoria.

Why is it significant?
The Castlemaine Market is of exceptional architectural significance as a rare surviving early colonial market building. Completed in 1862, displaying a mixture of Australian colonial Greek and Roman Classical Revival styles, the building is dedicated to Ceres, the Roman goddess of harvest, represented by a life size figurative sculpture fixed to the apex of the central facade, a gable portico pediment, supported by widely spaced Roman Doric columns, set between two brick wings, which terminate in towers adorned by Palladian influenced cupolas. The main building has a basilica plan with upper clerestory storey above the long colonnaded structure.

The Castlemaine Market is of historical and social importance for its association with the prosperity and growth of Castlemaine, a major gold rush town in the Central Gold fields of Victoria. The front entrance was designed as a temple, a symbol to secular power, at a time when there was civil unrest on the goldfields forcing the transition from military to democratic local government rule, heralded by the dismantling of Government Camp Reserve and opening of the new Town Hall and Market in 1862.

The Castlemaine Market has technical significance for its use of curved horizontally laminated wooden ribs in its roof construction, rare in building usage at the time.