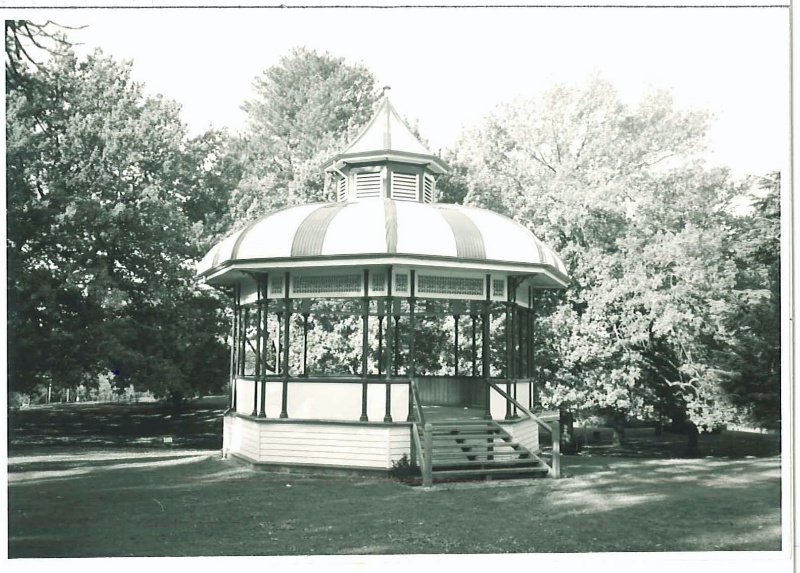 SIGNIFICANCE: Established by von Mueller, designed by Ferguson and then by Guilfoyle and developed over many years this is one of the most important provincial botanical gardens in Australia. Contains many significant and notable trees as well as typical garden features and works.

The Hamilton Botanic Gardens, planned in 1850-51, first planted by William Ferguson in 1870 and then developed from 1881 according to a design of William Guilfoyle, have state significance as one of the most intact examples in Australia of a nineteenth century provincial botanic garden. It is an early example of Guilfoyle's design, exemplifying his ideas about planting which were drawn form Edward La Trobe Bateman and were being actively implemented in his sweeping redevelopment of von Mueller's design of Melbourne's Botanic Gardens. Historically it is one of the four known pre-gold rush botanic garden sites set aside in the Port Phillip District of New South Wales. The gardens are important also as part of a significant late 19th and early 20th century precinct and for the retention of zoological elements, which illustrate the past fashion for menangeries. (i)

Important garden structures in the Hamilton Botanic Gardens include the caretaker's cottage, the Thomson Memorial Fountain, the band rotunda, and the French Street gates. The cottage probably dates from 1870 and apparently was moved from a nearby site within the gardens. (ii) It is a typical cottage ornee. The fountain commemorates John Thomson, MLA for Dundas 1892-1914, who died in 1917 when the fountain was erected. John was the son of James Thomson, the wealthy pastoralist who built the large mansion, Monivae, in 1878. (iii) The rotunda has historical importance as a reminder of a distinctive form of popular entertainment in the late 19th and early 20th century. The rotunda was moved to the gardens recently from Melville Oval. With the grandstand it has associations with W H Melville, the developer, and Frank Hammond, town clerk and engineer, who played key roles in the conversion in 1904-9 of the former Market Square into Melville Park, or Melville Oval, as it is now known. (iv)

The gardens contain many significant and notable trees as well as traditional garden works some of which survive although altered from the original design by Ferguson. The gardens are significantly intact and are in excellent condition. They are critical to the streetscape of the area.