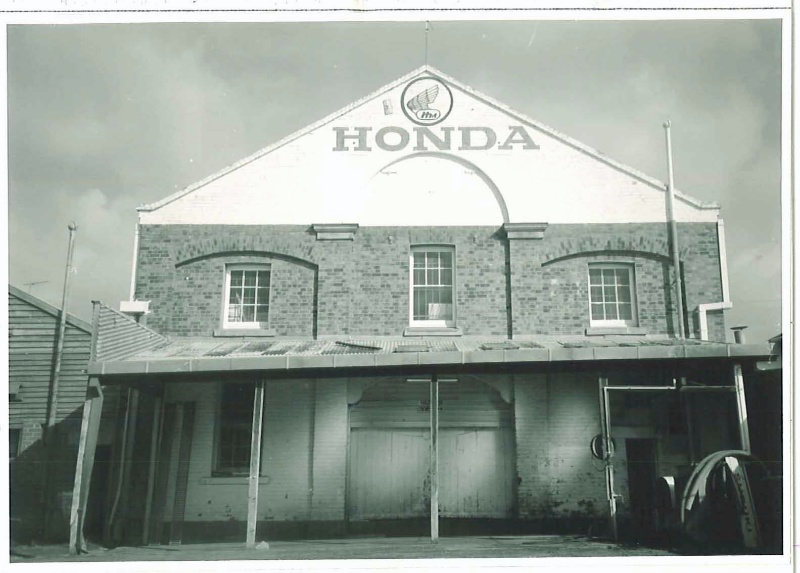 SIGNIFICANCE: Apparently a livery stable, store or carriage works, this building is one of the largest surviving from the nineteenth century in Hamilton.

STATEMENT OF SIGNIFICANCE
Former Store or Stables
42 Thompson Street
This building is of local historic and architectural significance for its associations with horse transport in the nineteenth century and the quality of its architecture. It was built, probably in the early 1870s but possibly in the 1860s, on land originally sold by the Crown to T Butler in 1860. (i) It is one of the largest buildings surviving from the nineteenth century in Hamilton and apprently the only commercial stables. (ii) The form of the building is typical of livery stables with stalls and access from both ends on the ground floor and storage for hay on the upper floor. The detailing of the building, while neo-classical in its simplicity, is strictly utilitarian. Its conversion to the retailing of plant and machinery is a typical twentieth century transformation for such buildings. For this reason the addition of the showroom at the front even though it compromises the original facade can be regarded as historic in its own right. The building remains substantially intact and in good condition. Because of its scale it is a major element in the streetscape. It relates to the nearby C J Evans & Sons, Wool and Skin Buyers sheds in French Street.

FOOTNOTES
i He may have been the father of the James Butler who was the Town Clerk from 1892-1897, Garden, D, Hamilton, p 123.
ii Its major competitor was around the corner in Gray Street.