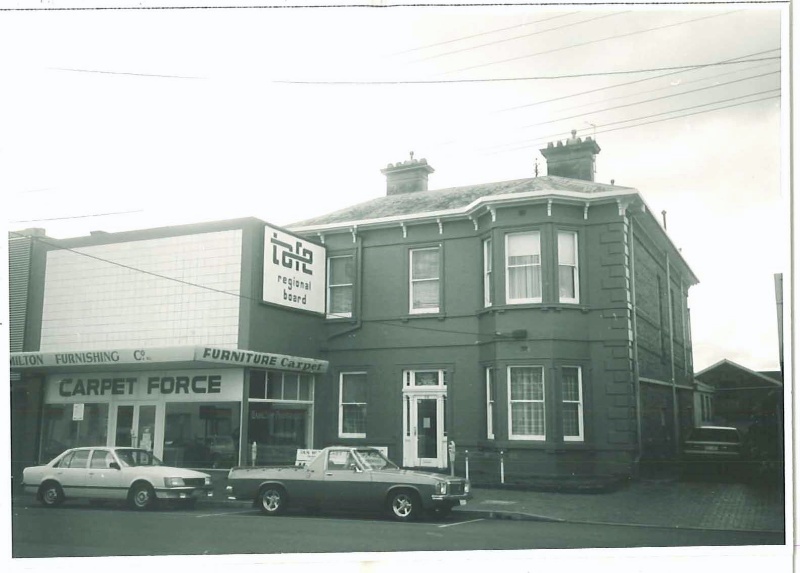 SIGNIFICANCE: One of the largest nineteenth century homes in Hamilton and significant for its associations with Dr Wylie, the first owner and with William Holden, the builder.

STATEMENT OF SIGNIFICANCE
Roxburgh House
64 Thompson Street
Constructed in 1874-5 for Dr J R Wylie, Roxburgh House is of local significance both for its architecture and its historical associations as one of the large and elegant homes built for the Hamilton's medical men in the last century. (i) Roxburgh House had fourteen rooms and at the time was the largest house in the town costing 2,100 pounds. The builder was William Holden, who also constructed Dr Viall's Hewlett House at 36 Gray Street, St Ronan's for Sigismund Jacoby, and the Hamilton Academy (now St Mary's School). (ii) Despite their affluent lifestyles, during the last century many Hamilton doctors died young. Wylie was only 33 years old when he died in 1876. (iii) His widow, Mary Wylie, became the owner of Roxburgh House in 1877, which she leased to Henry James, surgeon, whilst she occupied an adjoining brick house and leased brick offices to Samuel Samuel, solicitor. (iv)

The style of the house is Italianate, although a simple and sober example of it, which was ubiquitously popular in Melbourne for domestic buildings about 1850 when it was used for Bishopscourt, East Melbourne andf Toorak House, the governor's residence. With Hewlett House, Roxburgh House is the best example of the style in Hamilton. It is also one of the few buildings with a slate roof. The appearance of the building has been seriously compromised by the addition of a new showroom at the side. Otherwise the building remains substantially intact and is in good condition. It is a major element within the streetscape.