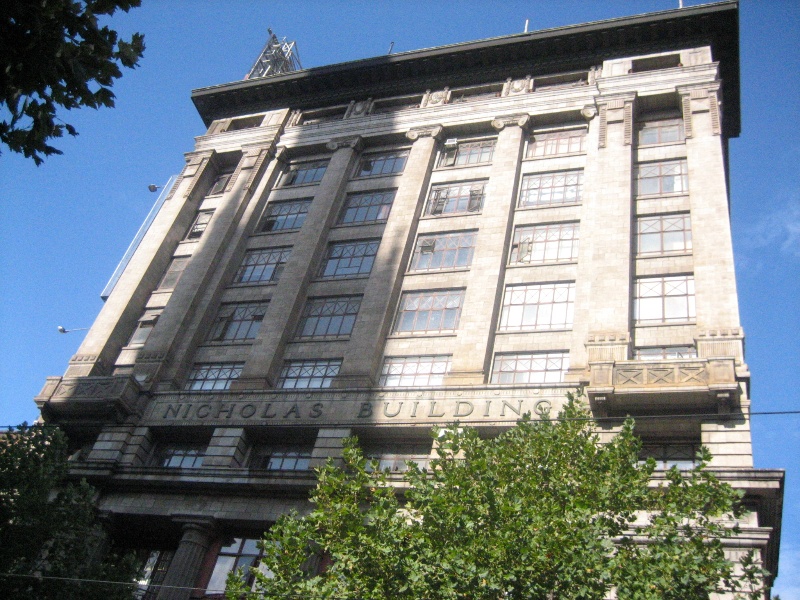 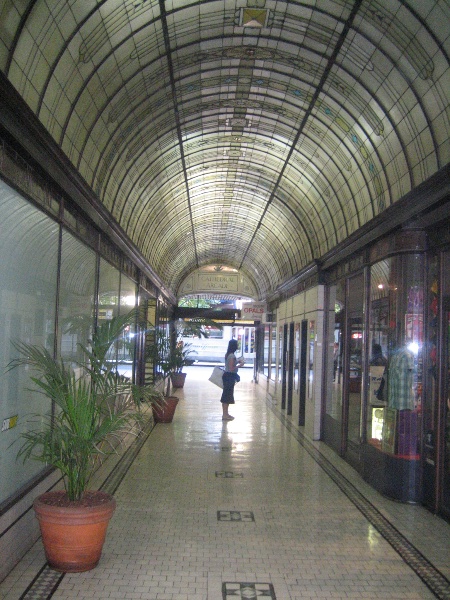 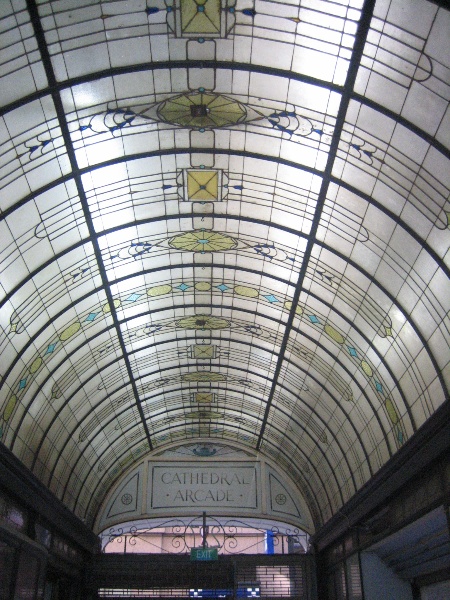 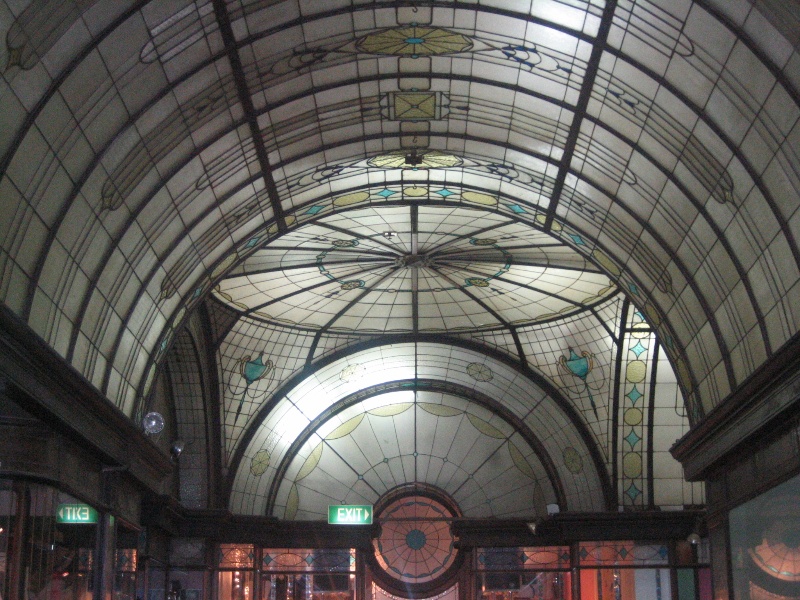 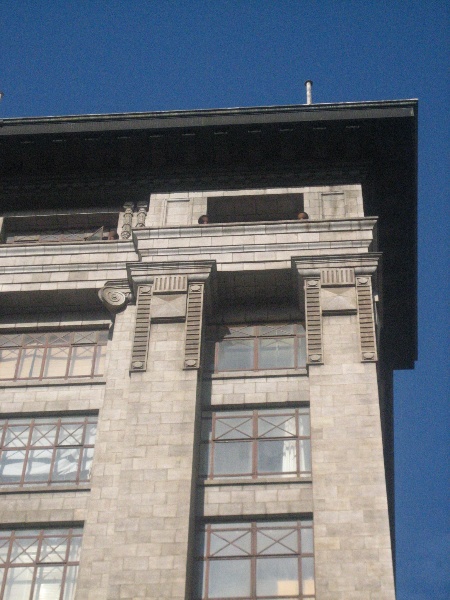 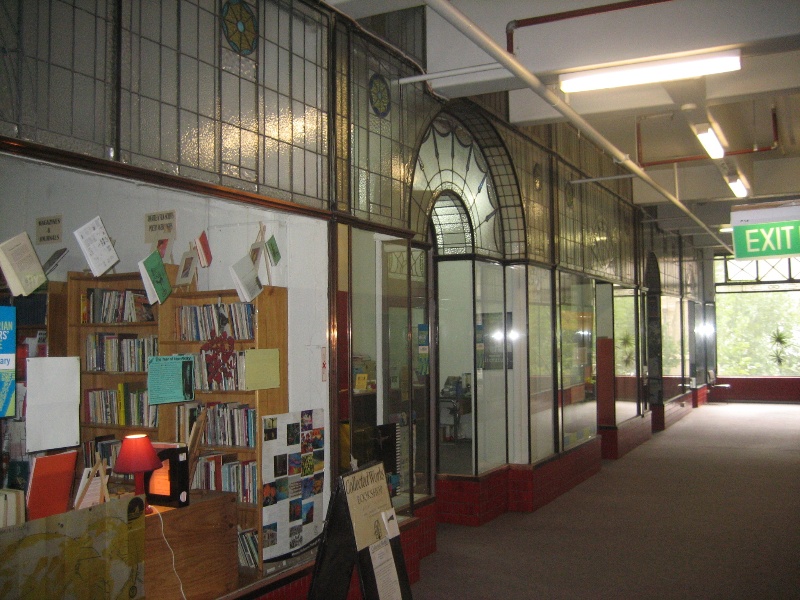 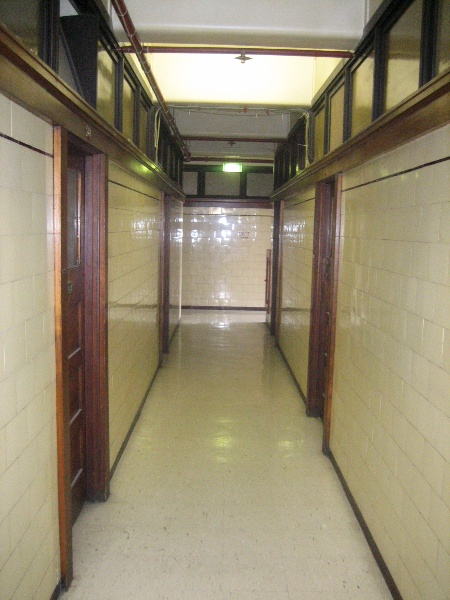 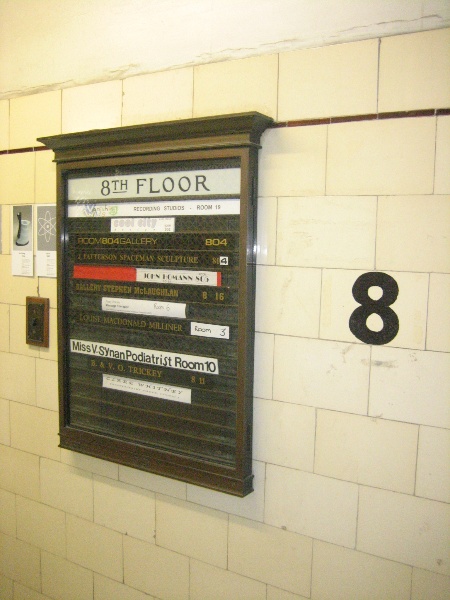 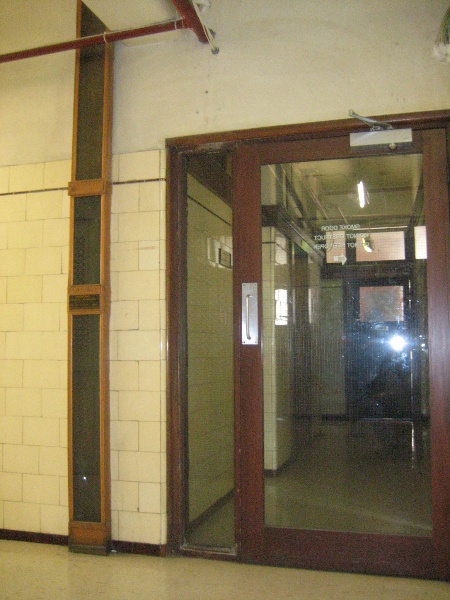 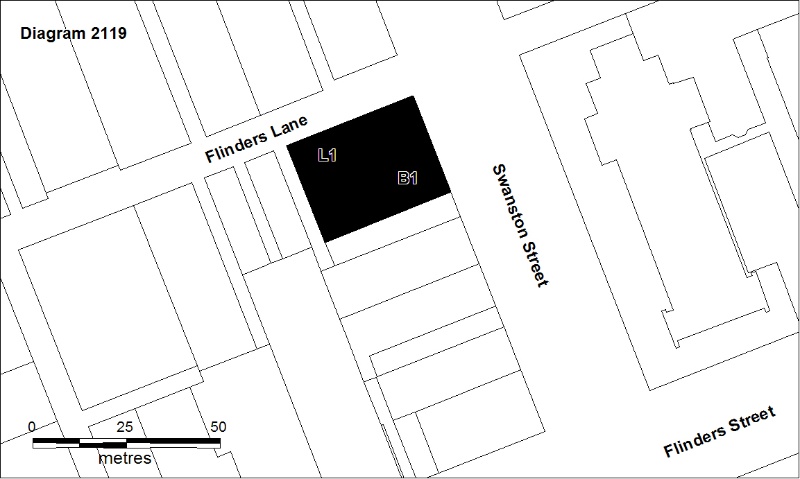 What is Significant?
The Nicholas Building at the corner of Swanston Street and Flinders Lane, Melbourne was designed by architect Harry Norris and constructed by Nicholas Buildings Pty Ltd in 1925-26. It does not appear that the Nicholas company ever occupied the building, rather it was built as a speculative office building development.

The building contains nine floors and was designed to terminate at the 132 ft (40.3 metres) height limit in force in the City of Melbourne from 1916 until 1957. A consistent skyline was established in Melbourne as a result of this height limit. Influenced by the design of commercial buildings in America, the Nicholas Building adopts a Renaissance palazzo form with mannered Greek revival styling in its facade treatment. The two main facades feature an implied piano nobile, containing two floors with a Doric colonnade, and heavy corniced attic storey above. Between these two levels, the mass of the facade is dominated by giant Ionic pilasters which divide the upper facades into bays and provide verticality to the composition.

The Nicholas Building is a hybrid structure with a steel frame adopted for the basement and first three floors, and reinforced concrete for the upper floors. Economic considerations influenced this decision, with maximum floor area achieved at the favourable lower levels, and a cheaper construction method, and subsequent reduced floor area, used for the upper floors. Grey terracotta faience, manufactured as 'Granitex' by Wunderlich, was used to clad the exterior of the building, selected for the longevity of the material and ease of maintenance.

The basement, ground, and first floor were designed as retail spaces and the interior includes a glazed leadlight barrel vaulted arcade at ground level, Cathedral Arcade, providing a link between Swanston Street and Flinders Lane. The shop fronts, particularly at first floor level, remain largely intact and few major structural alterations have been made to the internal fabric of the building. An addition was made to the ground floor of the building in 1939. The Coles retail company occupied the ground floor and basement until 1967.

Planned around a central light well, the top six floors are utilitarian, comprising of an outer ring of studio spaces around the building's perimeter and second tier of studio spaces that back onto two sides of the light well. The light well is enclosed on a third side by the lift and stair core and is open to the corridor that encircles the floor between the two rows of studio spaces on its fourth wall. The corridor spaces are relatively spartan, with cream tiled walls, linoleum floors and varnished timber joinery to the doors and windows. Other features throughout the building include letter chutes and directory boards made by Brooks Robinson shopfitters on all floors and the manually operated passenger lifts.

Of interest are the remnant signs and elements of decoration throughout the building indicating the building's diverse range of activities and occupants. Initially the building was home to businesses that included those associated with the Flinders Lane garment trade, commercial artists, medical practitioners and architects. Harry Norris maintained his architectural office at the Nicholas Building until 1955. The building continues to house some of these activities, particularly those associated with fashion, but it has more recently housed studios and exhibition spaces for numerous artists.

How is it Significant?
The Nicholas Building is of architectural and historical significance to the State of Victoria.

Why is it Significant?
The Nicholas Building is of architectural significance as an outstanding and imposing example of the grand commercial palazzo of the 1920s. It is an important example of the work of Harry Norris, one of the leading commercial architects in Melbourne between the wars. Norris was perhaps one of the greatest exponents of faience in Melbourne, and his extensive use of innovative Wunderlich terracotta tiles to clad the facades at the Nicholas Building is of special significance.

The Nicholas Building is of architectural significance for its largely intact interiors which provide excellent examples of 1920s shop and office decoration. Of particular note is the street level arcade, with dome and fanlights, reportedly the only remaining example of lead-light roofed and fan-lighted arcade in Melbourne. The shop fronts, particularly at first floor level, are largely intact and also of great importance.

The Nicholas Building is of historical significance for its associations with the wealthy businessman, Alfred Nicholas, co-founder of the Nicholas Company which developed the famous Aspro formula. Harry Norris also designed Burnham Beeches, Sassafras, 1930-33 (VHR H0868) for Alfred Nicholas.

The Nicholas Building is of historical and architectural significance as a reminder of a mid-rise scale of the CBD before the 1950s when only decorative towers went above the 132 foot height limit. It is one of at least 30 outstanding 'limit-height' buildings built while it was in force between 1916 and 1957, some examples included in the Victorian Heritage Register include the Capitol House, 1924 (VHR H0471); Myer Emporium, 1933 (VHR H2100); and the Port Authority Building, 1929-30 (VHR H0965).