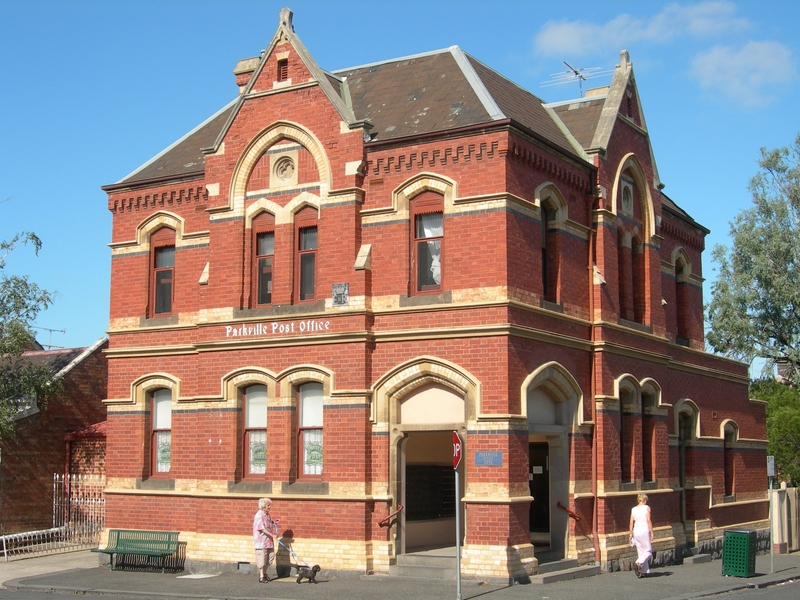 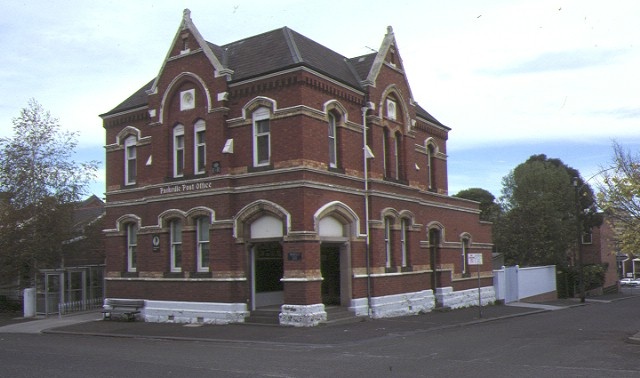 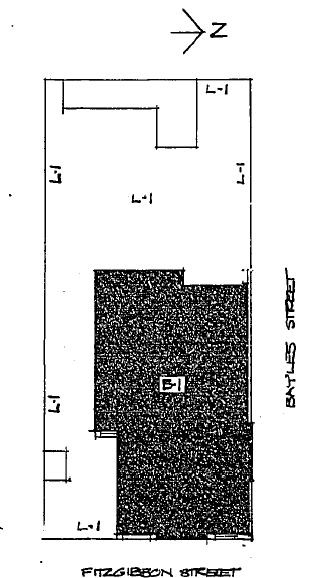 The Parkville Post Office and Quarters was designed in the neo-Gothic style by Public Works Department architects SE Brindley and SC Brittingham. The builder was JG McLean and the building was completed in 1889. The Parkville Post Office and Quarters is a two storey polychrome brick building on a bluestone plinth. It is sited on a corner location with facades to Fitzgibbon Street and Bayles Street. Each of the street facades is composed of three bays, with the centre bay projecting slightly forward and topped by a parapeted gable projecting through the eaves line. All openings have stilted segmental arches or single point segmental arches. String courses, imposts, drip moulds and quatrefoil motifs are in freestone. The eaves are augmented with brick machicolations and the hipped roofs are covered with slate. Stained glass windows have been introduced from the demolished Preston Post office. The interior layout is largely intact although the counter and instrument table have been replaced.

The Parkville Post Office and Quarters is of architectural significance to the State of Victoria.