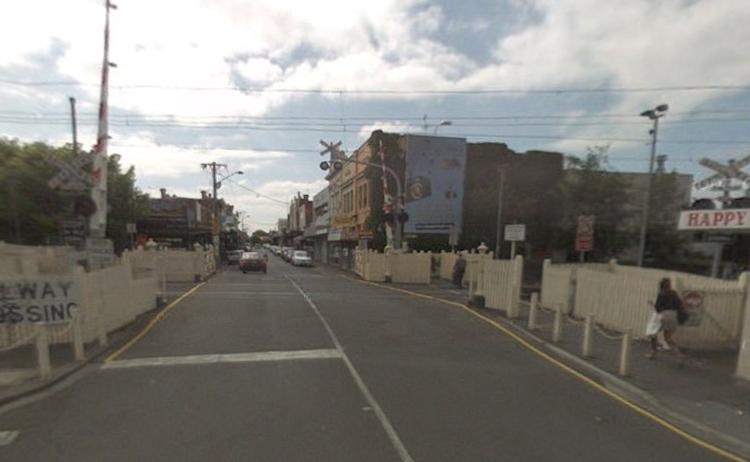 Note: SOS is for station complex not limited to gates.

(However, this has been compromised by the removal and relocation of the gates.) (Criterion F1) These types of gates were once quite common in Victoria, but are now rare. The Yarraville railway complex is also historically significant at a Regional level for its associations with the development of the major manufacturing industries in the area along the Williamstown railway corridor (Criterion A3). The complex has architectural significance in that it represents a rare collection of railway buildings and works, comprising: a brick station building and platform, a timber station building and platform, signal box, interlocked wheel operated level crossing gates, disused siding gates, station master's residence and the remains of an important public siding with extensive pitched bluestone cart ways. (Criterion B2) The station building is (according to Andrew Ward) "an interesting variation on the Casterton Style Group in plan but the ornament is more classically oriented". It forms an important part of the Victorian character of the Anderson Street centre.

Both the station and rail siding yards reflect the commercial and residential development of Yarraville and its key riverside industries. (Criterion D2) The complex has social significance at the Regional level for the role it has played as an entrance to the Yarraville shopping centre and in shaping the suburb's commercial development (Criterion C2).

The Australian Heritage Commission criteria consist of a set of eight criteria which cover social, aesthetic, scientific, and historic values. Each criterion has sub-criteria written specifically for cultural or natural values. As this project is for cultural values, the sub-criteria used are identified by their alpha-numeric code and briefly described as follows:

. A.3 richness and diversity of cultural features

. A.4 demonstrates well the course and pattern of history, important historic events

. E.1 aesthetic importance to the community or cultural group

. G.1 social importance to the community